Is the carbanion formed in benzyne mechanism non-planar? 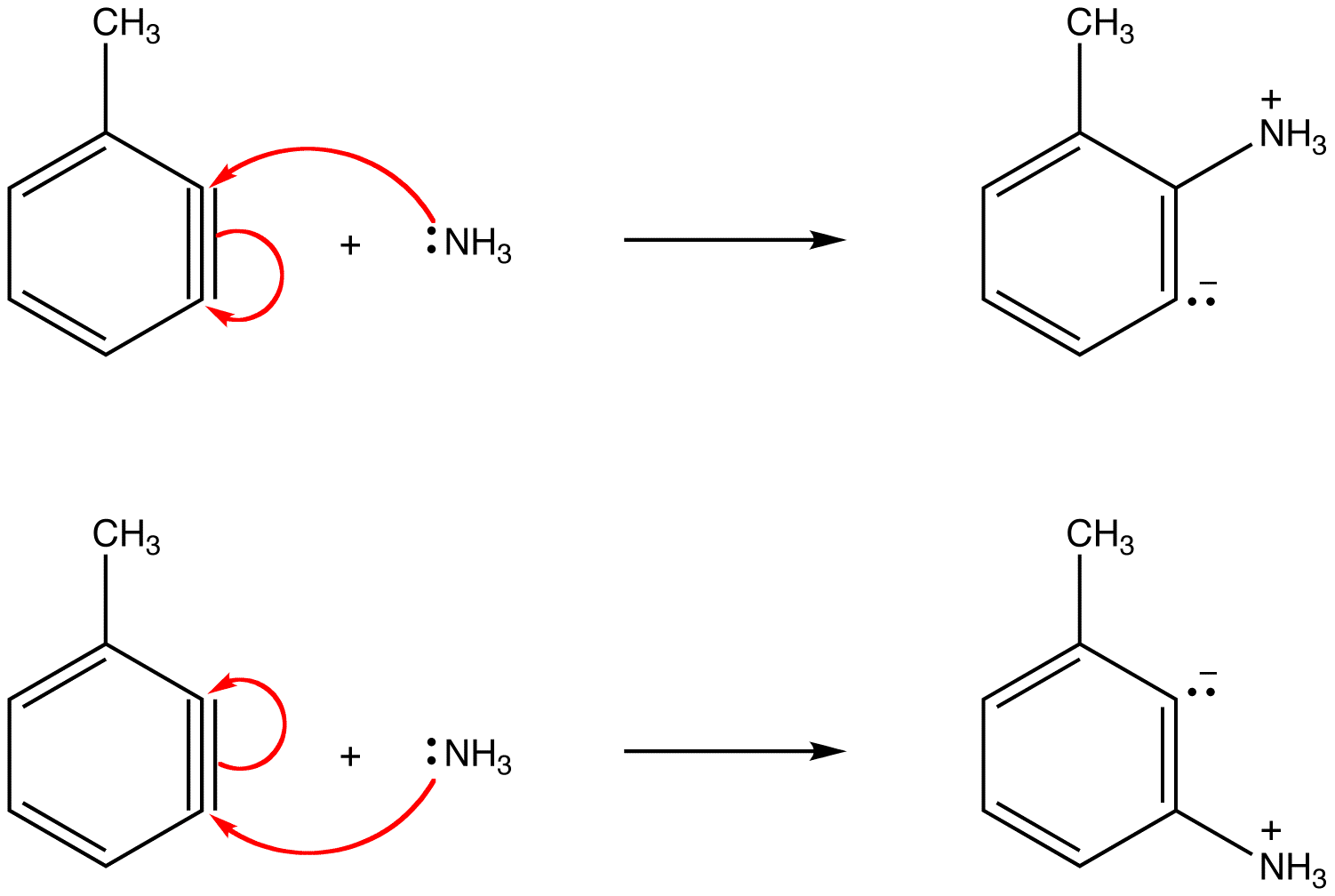 I have given one of these molecules a little spin on the computer. With whatever I tried, I was unable to find a non-planar solution. I really tried my best. Below is an animation (sorry for the poor quality) of an attempt which uses a chair like starting geometry. If there was any non-planar geometry lower in energy, this would have found it.

The level of theory is DF-BP86/def2-TZVPP and the program used is Gaussian 09 rev. D.01.
There is really not much more I can add to the discussion.

To be absolutely, brutally honest here: I have no clue why your teacher had this idea. If this wasn't a "naked" carbon, we could talk about it, but it is essentially a deprotonated phenyl ring, and as such, you are absolutely right in assuming the lone pair being in phase with the ring. The π system is hardly different from benzene. To fill this post a little bit more, have those fancy π-orbitals. 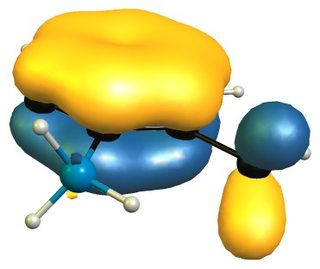 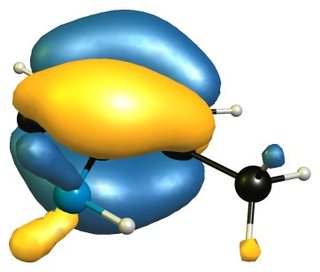 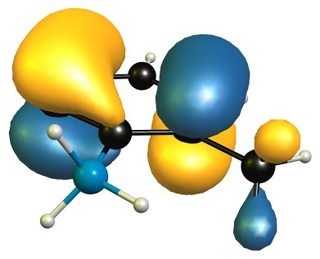 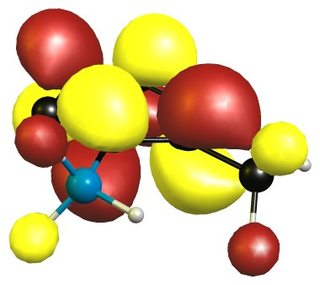 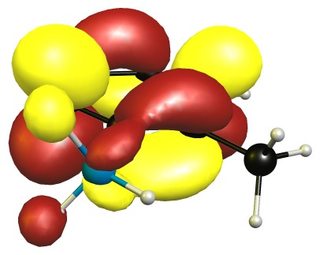 And for good measure, here is the HOMO, which is the lone pair at the carbon: 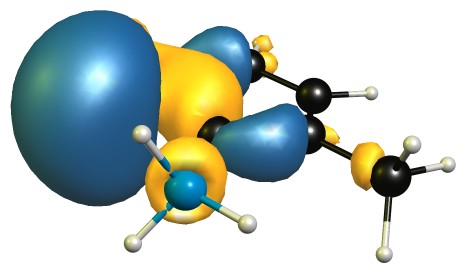 I cannot find any published structures — neither computational nor crystal structures — on the actual phenyl anion that is the centre of your question. However, quite a few similar structures are published for the benzyne radical anion and for phenyl lithium and related compounds — the bond between carbon and lithium can generally be considered rather ionic considering the electronegativity difference so it is a reasonable argument to assume phenyl lithium’s structure to be akin to the phenyl anion’s.

Rather unimpressively, Nash and Squires report the calculated structure of the ortho-benzyne radical anion to be $C_\mathrm{2v}$ symmetric.[1] This automatically also means a planar benzyne ring. This may have been an artifact from the calculation, but considering the system’s potentially high symmetry it also makes most sense. The benzyne ring in itself is distorted but planarity is retained.

Likewise, the crystal structure of $\ce{[LiPh(m5dien)]}$ was published by Schümann, Kopf and Weiss (others have also been published but this was my first ‘hit’).[2] Their research also indicates a planar phenyl ring. To quote the paper:

Thus, this too is a primarily planar system with most distortions in plane around the anionic carbon to increase the lone pair’s (or $\ce{C-Li}$ bond’s) $\mathrm{s}$ orbital contribution.

In the absence of any further evidence, I would also assume your two structures to be primarily planar; however, featuring significant distortions at the anionic carbon centre. Theoretical calculations (I shall bounty this question in the hope of receiving some) may provide a more conclusive answer.

Not the answer you're looking for? Browse other questions tagged organic-chemistry reaction-mechanism molecular-structure or ask your own question.

5
Why can't an enolate anion successfully displace a halogen from a benzene?
9
Why is cyclooctatetraene non planar but the cyclooctatetraenide anion planar?
11
How to rationalise the planar structre of I2Cl6?
3
What is the function of tosylchloride in the synthesis of an ether?
11
Birch reduction of anisole
0
Birch reduction of 1,2-Cyclopentanedione and Diketones
1
What is the geometry of a tri-substituted methyl free radical?