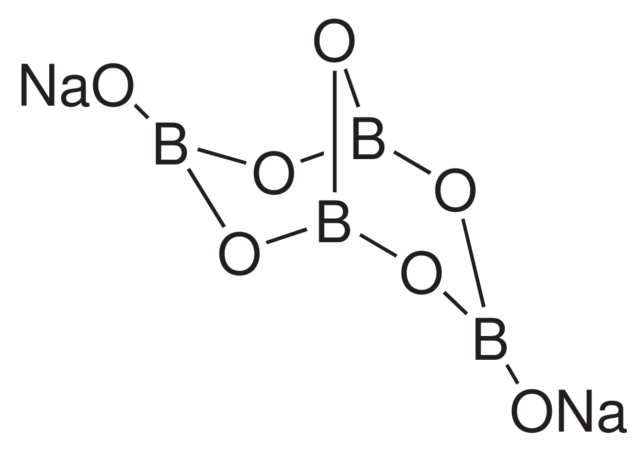 Can anybody explain that why the formulas mentioned on different websites are different.Something is strange about this compound because even Wikipedia does not give the structure.

Greenwood and Earnshaw's Chemistry of the Elements, 2nd ed. (p 206) writes that the structures of the borates are rather complicated:

It is clear [...] that, without structural data, the stoichiometry of these borate minerals gives little indication of their constitution.

Therefore I would guess that both structures are, more likely than not, incomplete. 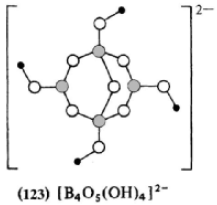 Not the answer you're looking for? Browse other questions tagged inorganic-chemistry molecular-structure or ask your own question.

0
How many moles of crystallization water are present in one mole borax ?? 8 or 10?
0
Is common cleaning borax an octahydrate or a decahydrate?
6
What is the IUPAC name of borax?
6
Coordination Numbers and Hybridization schemes of anions

7
How to know it when I see a covalent network?
7
How many electrons are in the d orbitals of NiCl2·6H2O?
3
Pyramid Structure Name
8
Why do closo-boranes have a 2− charge?
3
correct psilocybin molecular structure
3
Borax bead test technique