Recently the quack medicine folks online have been promoting the research of a certain Dr. Gerald Pollack who claims to have discovered a "forth phase of water", and who has recently published a book on the said topic.

Although it's clear that his research is being deliberately misinterpreted, it's not clear to me whether or not his own claims are valid in the first place. Although some papers on the topic were published in peer reviewed journals, it doesn't seem like anyone else in the scientific community has acknowledged or replicated his results.

So, is "EZ-water" a real breakthrough or just the brainchild of a deluded scientist?

EZ-water is not a breakthrough. It is not new, nor is it valid. This appears to be one of the many claims about the healthful benefits of drinking "ionized water".

The original "article" linked, contains a number of misleading statements. 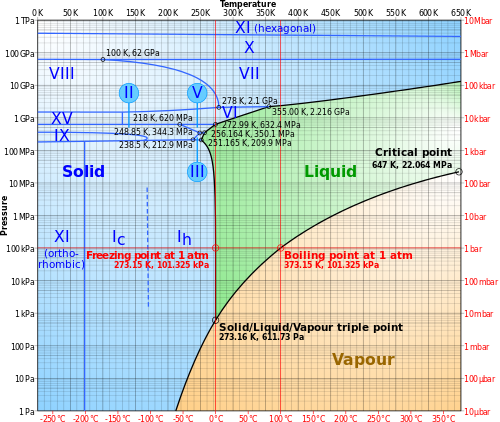 A water ionizer electrolyzes water, which requires electricity (not light as suggested by Mercola). I had the good fortune to be involved in the testing and dismantling of one of these ionizers recently. The device claimed to take ordinary tap water and convert it to a "super-cleaning solution that contained only negatively charged oxygen particles" or something like that. From experiments:

Here is what happens:

Ultimately, drinking this stuff would probably have no effect on your health. But we are no doctors, so don’t listen to us either. It might help or it might hurt, depending on your condition, it also might not matter.

Second, the acid-base homeostasis of your blood prevents the pH of your body from changing. Yes, your blood pH is 7.4 or so (which is slightly basic), but that does not mean your blood is negatively charged. Outside of range of 7.38 - 7.42 all of your blood proteins (like hemoglobin) start to denature, which will kill you.
Well, to be more precise, you will suffocate before that happens as hemoglobin/myoglobin oxygen binding capacity is pH sensitive. And if anything, we can tolerate acidic blood more robustly than basic blood pH (down to 6.8 or 7, but only up to about 7.6) before death. You might want to look up acidosis.

According to the website of Dr Pollack himself, the health effect of EZ water is a proposed research project currently applying for funding. He has made no claim of any proven health effect, and he even claimed explicitly that he does not know if EZ water has health benefits. He also explicitly stated that the mechanism of formation of EZ water is still under investigation.

His book is not a scientific work. He presents his proposed yet untested ideas and theories regarding phenomena that may be attributed to EZ water; it however does not claim anything is proven at all. It is a good thing to have ample imagination; however at least at this moment he is somewhat behind the schedule on proving these ideas.

In fact, he is currently carrying out research on many of these subjects. According to what I saw on his website, his research seem to be sound, but at this moment no conclusive results are produced yet about any of his big hypotheses.

Actually it is fairly common to describe a proposed research to have the potential to have a revolutionary impact on the life of every man on earth. Very few write a book like him though.

I would not call him a deluded scientist because he did not really claim anything nonconventional being discovered. However he does put himself in a position where immense commercial profits are generated solely through exploiting and distorting results of his research.

Not the answer you're looking for? Browse other questions tagged water energy reference-request water-treatment or ask your own question.

19
Why can't pure water conduct electricity since it can be reduced at cathode and oxidised at anode?

4
What can cause artesian well water to smell?
2
What are the methods of fluoride removal from drinking water?
2
Test for chlorine and chloramine in city water supply
0
Does boiling water really treat it to make it safer than filtered/chlorinated water?
5
How does chlorine in water evaporate?
0
How can I measure the scale in water?
2
Hard water filtration