Can glutamic acid and arginine form H-bond at physiological pH?

I was wondering if, say, glutamic acid and arginine can form H-bonds at physiological pH? 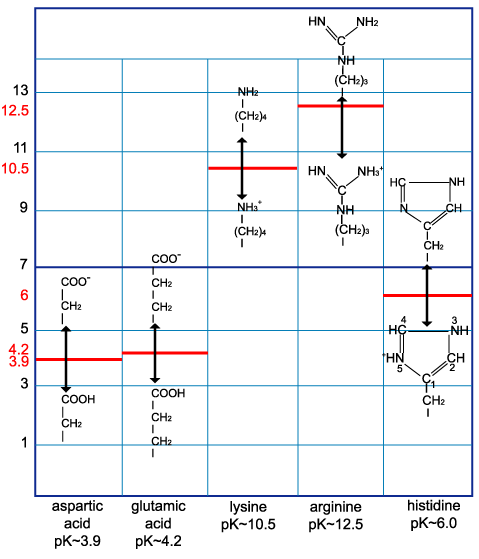 (maybe the first and second option are combined, I didn't really know how to formulate it)

UPDATE
How is the H-bond possible in the following figure (I would think this is just an electrostatic interaction, this figure suggest it would a combination of both): 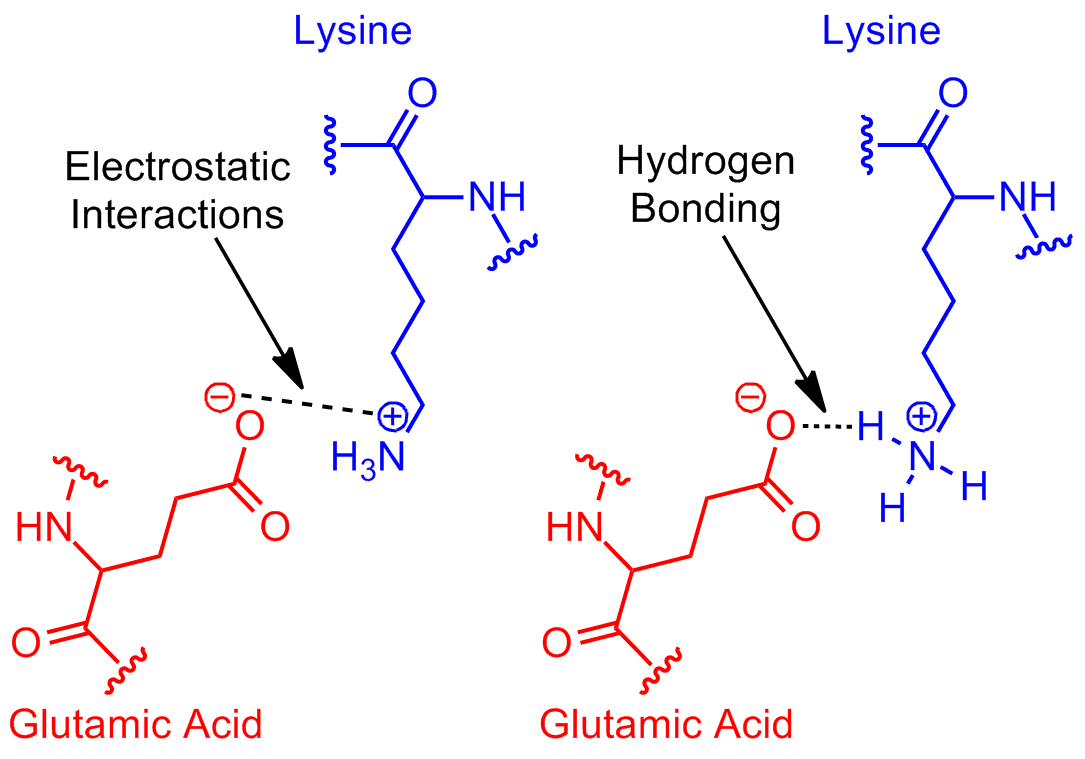 As none of the chemists have picked up on this one, I will venture an answer.

First, I am answering on the assumption that this question relates to proteins as it was originally posted on Biology SE and you have previously asked chemical questions about proteins.

Second, I would have thought that you would be aware that weak interactions in proteins are usually categorized in three different types. The section on non-covalent bonds in Berg et al. states:

The three fundamental noncovalent bonds are electrostatic interactions, hydrogen bonds, and van der Waals interactions. They differ in geometry, strength, and specificity. Furthermore, these bonds are greatly affected in different ways by the presence of water.

The glutamic acid and arginine side-chains will be ionized at physiological pH because of the values of their ionization constants — the position of the equilibrium between the ionized and unionized forms. One extra hydrogen ion in the sea of hydrogen ions in the aqueous environment is not going to affect this one iota.

You should also be aware that the aqueous environment (in this case the surface of a globular soluble protein) is most unfavourable to the formation of hydrogen bonds between residues because of the competition of polar water molecules. To quote once more:

You should read the whole of this section (which also applies to ionic bonds) to appreciate how these bonds are most important in the hydrophobic interior of proteins.

In summary, the answer to your question is “No hydrogen bonding will occur — if anything there will be ionic bonding, but in an aqueous environment this will be disrupted.”

You clearly have a reason for wanting glu and arg to form hydrogen bonds. Perhaps you could explain why.

Yes, glutamate and arginine can form a hydrogen bond at physiological pH. Remember of course, that as soon as you enter aquaeous media, everything will be saturated by hydrogen bonds from the surrounding water molecules. But inside a protein an arginine—glutamate hydrogen bond is perfectly viable. Arginine will donate the hydrogen bond using an $\ce{N-H}$ bond and glutamate will receive towards a carboxylate.

Note, by the way, that your picture gives a wrong structure of protonated arginine. The correct protonation of the guanidine group is given in the image below (taken from Wikipedia). 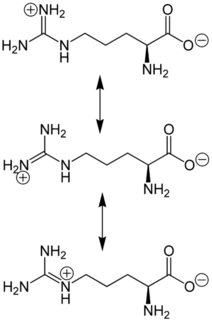 Not the answer you're looking for? Browse other questions tagged aqueous-solution hydrogen-bond amino-acids or ask your own question.

6
Zwitterion (amino acid) equilibrium and the equilibrium constant
6
Hydrogen bonding relating to molecular orbital theory
5
How do amino acids look like at the isoelectric point?
0
Zwitterion form of aminoacids
1
Why do the amino groups in EDTA deprotonate first, in contrast to amino acids?
3
Dissociation constants of leucine
5
Can =NH2+ in Arginine's side chain form hydrogen bonding at physiological pH?
0
How do I calculate the ensemble-average net charge of an amino acid at given pH?
0
Esterification of Glycine
1
Reaction to form amino acid