How to illustrate London forces?

This may be too subjective for this forum, but I'll take my chances.

For the purposes of a "quick and dirty" illustration of London forces, I'm looking for best practices and creative ideas. For something like dipole-diple attractions, there are some largely-agreed-upon conventions:

But for London forces, there is a shortage of good ways to illustrate them in notes or on the board. Personally, I have used these in the past: 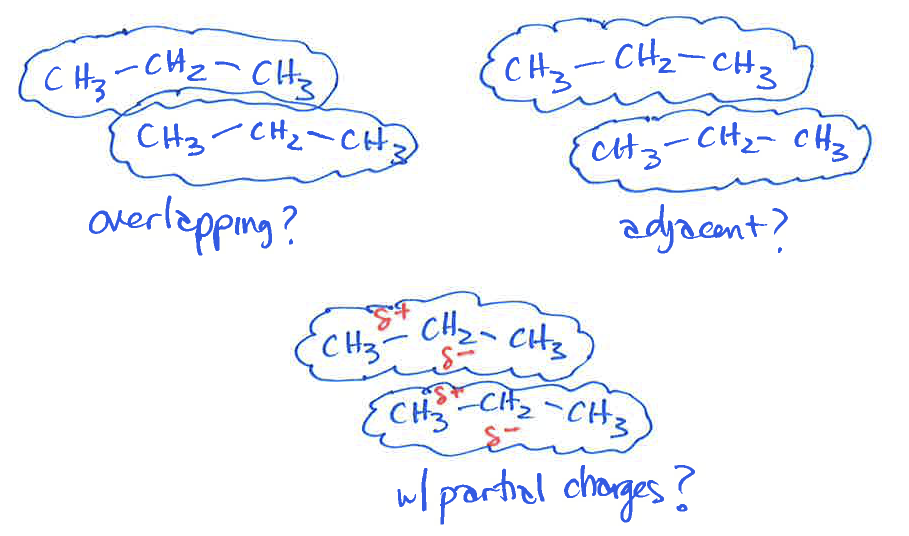 But there must be other, clearer, more clever means of illustrating London forces. I've searched the questions here on London forces but I don't see that this issue has been addressed.

EDIT: I'm interested in ways of showing modest organic molecules interacting via London forces. The vast majority of illustrations found via Googling show only rather small molecules or atoms. It seems to me that the illustration ought to convey the notion of the molecules at close range (or snuggling, as I generally tell students), since London forces are impossible otherwise.

Browse other questions tagged intermolecular-forces or ask your own question.

5
Why do alkenes with more surface contact have greater London forces?