What are the differences and similarities between an aliphatic and an alicyclic compound?

Aromatic compounds are compounds that contain one or more aromatic rings.

Each aromatic ring, in its unsubstituted form, has the chemical formula $\ce{C_nH_n}$ (e.g. benzene), or with one or more of the $\ce{CH}$ groups replaced with an atom from Group V or Group VI, usually $\ce{N}$ (e.g. pyridine) or $\ce{S}$ (thiophene) or $\ce{O}$ (furan). They are usually stabilized by resonance.

Aliphatic compounds are hydrocarbons (wiki, compounds containing only $\ce{C}$ and $\ce{H}$) which are not aromatic.

An example would be hexane (wiki).

An example would be cyclohexene (wiki). 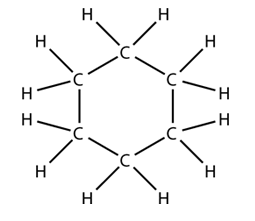 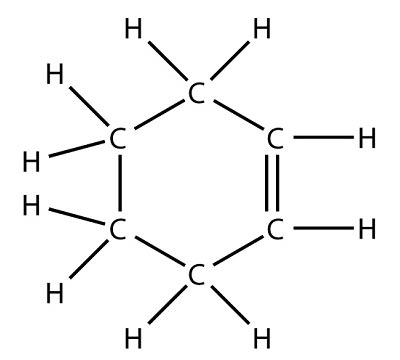 0
Differences between alkyl halides and alkyl tosylates
36
IUPAC nomenclature: "Smallest sum of locants"?
5
IUPAC nomenclature of alicyclic compound with an equal number of cyclic and acyclic carbons
0
which starting material on heating with concentrated sulfuric acid generate cyclic ester
13
What are the products of the reaction between methanamine and nitrous acid?
12
Why are optically active compounds abundant in nature?
4
Are there amide versions of lactides and lactones?