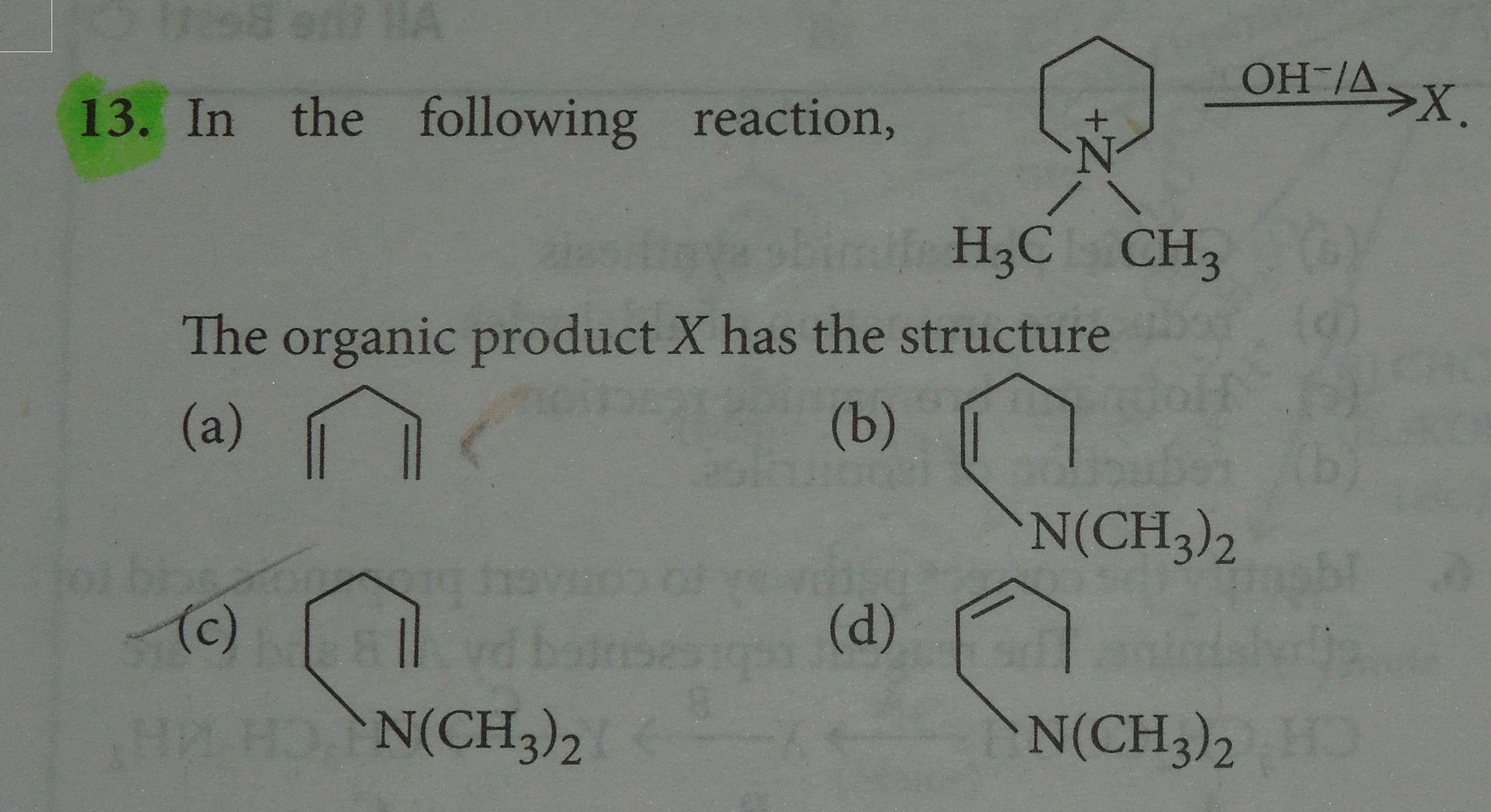 I spent quite a lot of time here but could not figure out the answer. It's not mentioned in my school text book either. The solution given in my book is:

In chemistry, you don't solve things like that; you just recall the right class of reactions (Hofmann elimination in this case) and apply that knowledge. You can hardly expect to rediscover that from the first principles. Knowledge about other classes of organic compounds and their behavior in the presence of a base is not particularly helpful either. It is not until much later that those seemingly random pieces of data start to fit into a bigger picture.

As for the mechanism, it is all there in your second picture. Indeed, that $\ce{OH-}$ would readily snatch a proton from an ammonium cation $\ce{NH4+}$, only there is no ammonium, it is a substituted ammonium, and we don't have any H linked directly to N. So we go for the next best thing and grab a proton from some carbon in $\beta$ position, simultaneously with the formation of a double bond.

Note the reversed regiochemical preferences as compared to Zaitsev-type elimination, which has a different mechanism, usually involving the appearance of a carbocation. (Not that it matters much in your case, since we only have one option anyway.)

The presence of larger leaving groups like $\ce{–NR3+}$ result in Hoffmann product than smaller leaving group like halogens. This is because the positive charge on leaving group increase the basicity of β-protons, and in the presence of bulky base like potassium tert-butoxide the Hoffmann product is the major compared to Zaitsav product. Also, if the basicity of base was increased without increasing the bulkiness of base, in that case Hoffmann product is also a major product. This is complex situation which theory tells us, but the actual situation will be known when someone conducts a particular experiment.

Not the answer you're looking for? Browse other questions tagged organic-chemistry amines elimination or ask your own question.

2
Predicting product of a Hofmann elimination with a cyclic amine
2
Predicting the Product of a Substitution/Elimination Reaction
18
Are compounds containing active methylene groups positive for the haloform test?
7
Product of primary amine and acid anhydride
7
How to decide what pathway a reaction will follow, elimination, addition to a carbonyl or nucleophilic substitution?
19
ICHO Synthesis Problem 2018
7
When is Zaitsev product formed in pyrolytic elimination reaction?