What is the region of this wavelength (462 nm)?

My lecturer said 462 nm is infrared region. I think the wavelength is visible light. Which region is the correct one? I need confirmation about this one.

Light with a wavelength of 462nm is in the visible light region (blue light visible by the human eye).

For certain, your lecturer was wrong that the light is in the infrared region, this occurs at much higher wavelengths closer to 700nm. More possibly he meant to say ultraviolet, which occurs somewhere below 400nm (shorter wavelengths), though even this isn't technically correct.

The Wikipedia article gives a fairly good overview of the various regions, along with a schematic describing where they come: 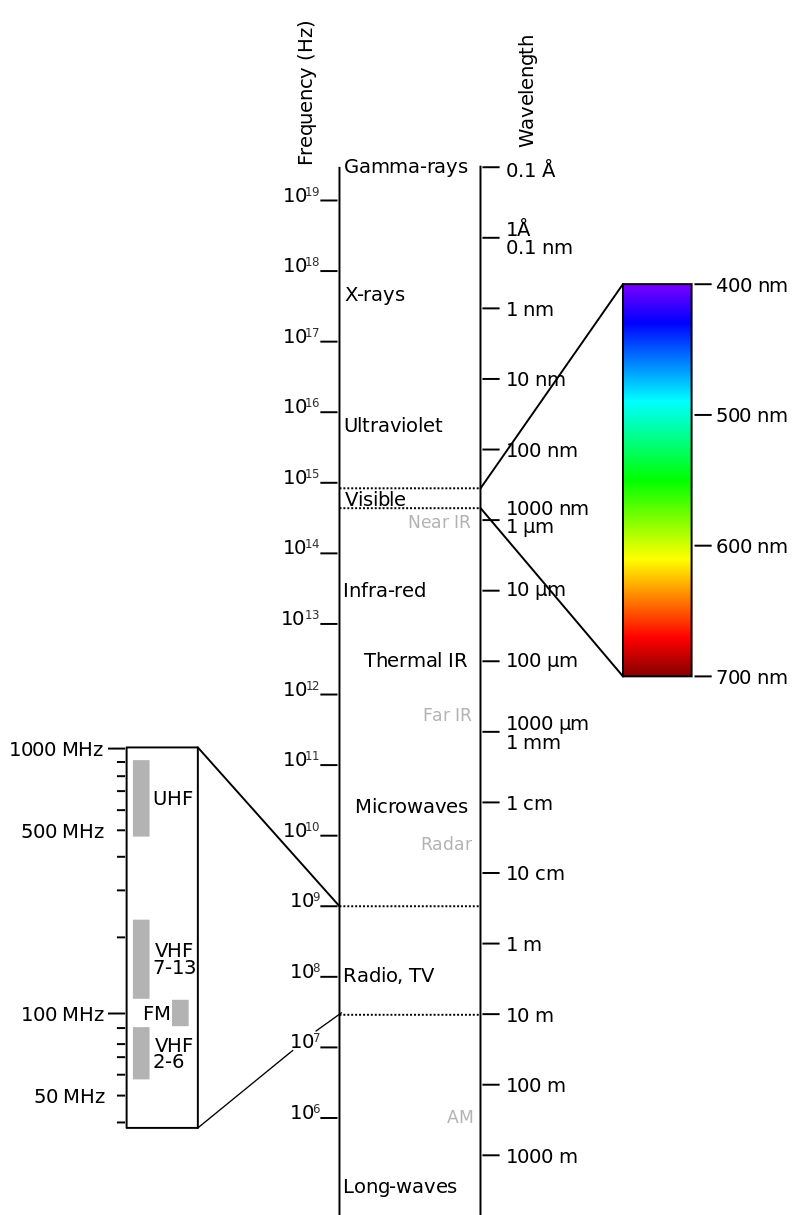 I would like to say that there is no sharp division between one kind of wave and the next. The classification is based roughly on how the waves are produced and/or detected.For example, SLF radio waves at 60 Hz may be received and studied by astronomers, or may be ducted along wires as electric power, although the latter is, in the strict sense, not electromagnetic radiation at all we can just loosely divide them based on their wavelength but without any strict range.

As far as you question is concerned 462nm can never be infrared because viable light has roughly range from 400nm to 700nm as the name suggests infrared ie.inferior to red that is it comes below red in usual em spectrum diagram.(Note that red light is at higher wavelength region in visible spectrum) so you lecturer had make a mistake (slip of tongue) may be wanted to say UV rays but that is also wrong. 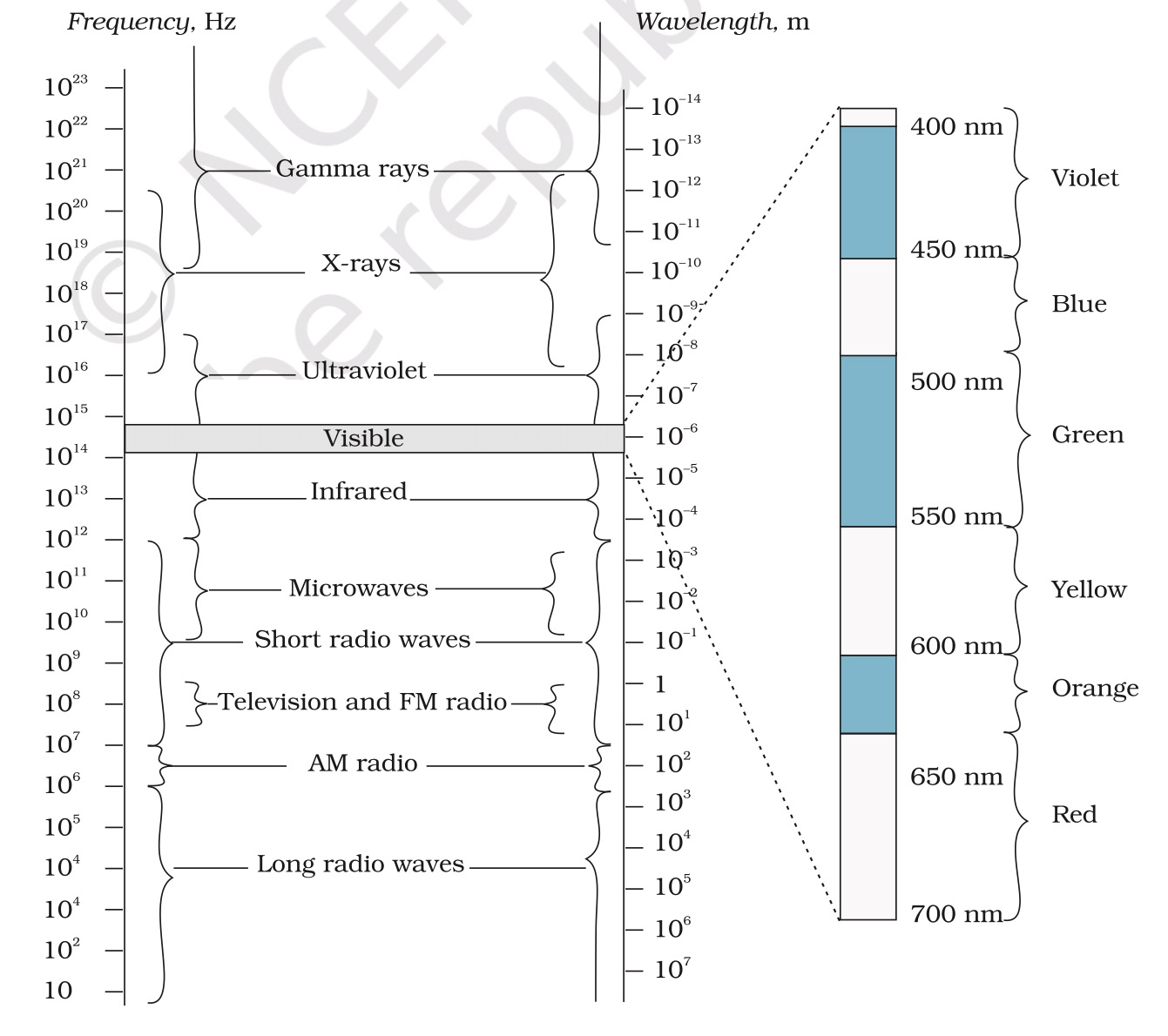 4
Is it possible to make broad spectrum light absorbing paint?
6
Peak Wavelength of Emission Spectrum of a Flame vs. Actual Flame Temperature
3
Is UV-Vis absorption polarization dependent ? Why?
8
Why not use all the colours in colorimetry?
2
In Flame Emission Spectroscopy, what part of the flame is used to measure the concentration of the analyte?
0
Reason for same frequency of spectral line in infrared and visible region