Why during nuclear fusion does the process only release neutrons? [closed]

Say we envision subatomic particles like balloons held together by static electricity (analogous to nuclear force).

Now we smash em' together. They make a new element. My chemistry test answer key has us calculate the number of neutrons that leave the reaction by using Einstein's famous equation. But how do we know they were all neutrons that left? Couldn't some protons have been bounced off into the hinterlands, taking with them the energy their mass represents?

In the chart of nuclides, the most stable nuclides have a certain ratio of proton $(Z)$ to neutron $(N)$ numbers. They form the so-called valley of β-stability. Nuclides on right side of the valley (higher neutron numbers) are unstable to decay by β− emission. Nuclides on the left side are unstable to β+ decay or electron capture. 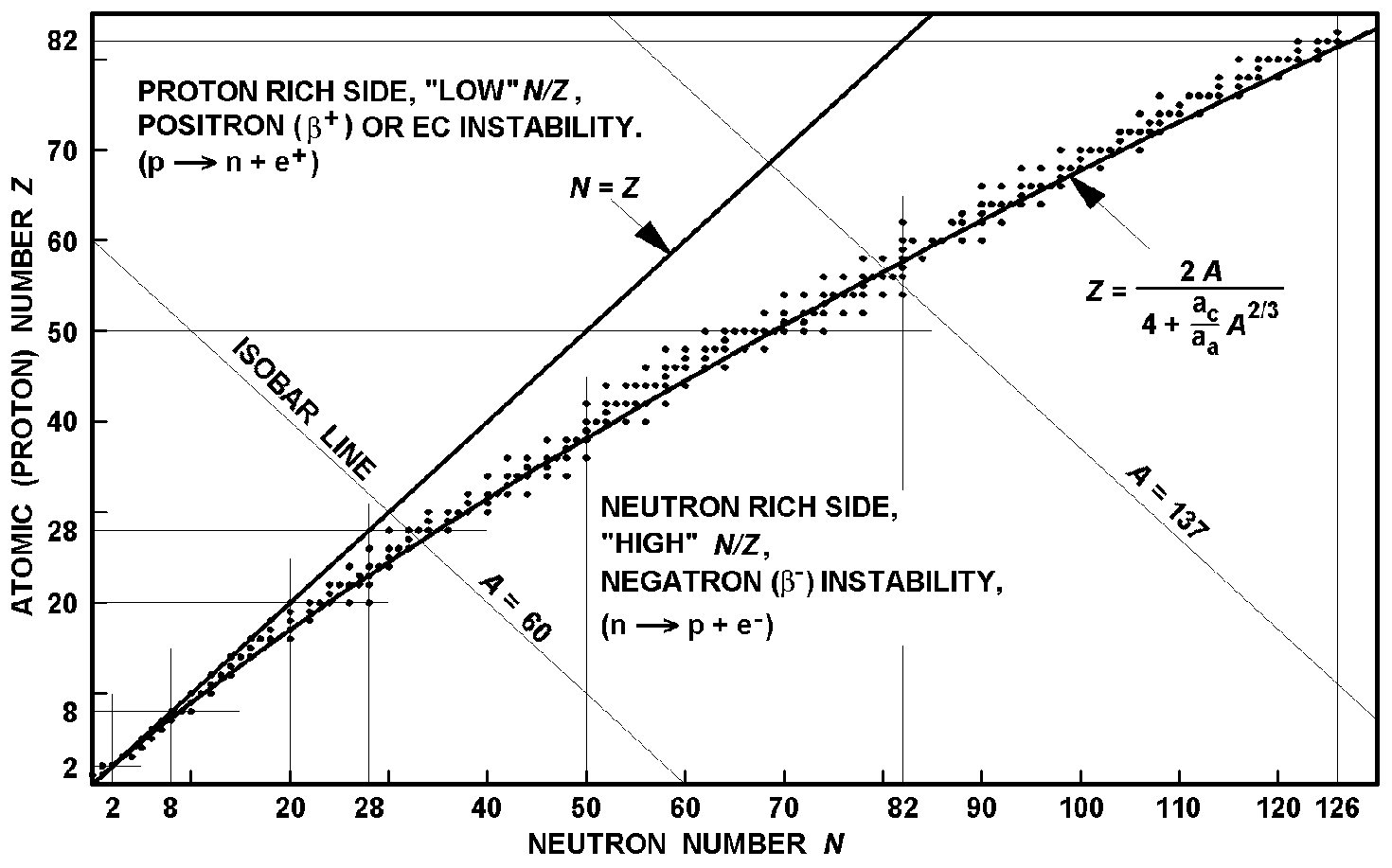 6
Nuclear fusion reactions violate law of conservation of mass, but it has not yet been taken into account. Why?
2
What is the difference between nuclear fission and nuclear fusion?
2
Why doesn't the atomic number change by two in the process of production of Americium?
6
What chemical elements does a nuclear explosion release into its mushroom cloud?