What is the state of stationery phase in paper chromatography? 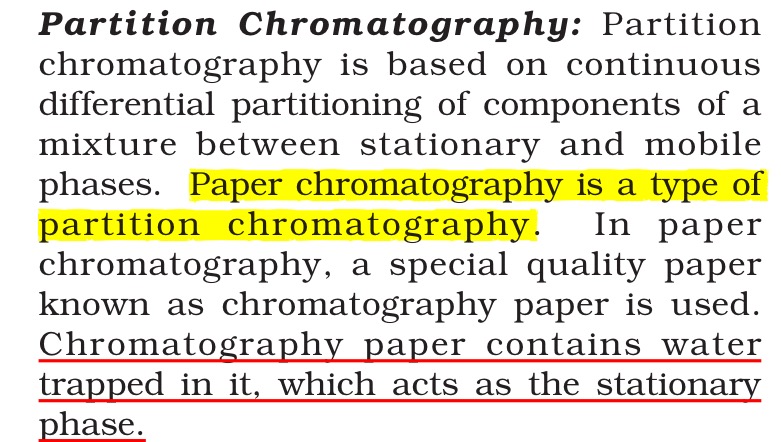 It's a bit of both, actually, and also ion-exchange chromatography. The cellulose and other components of paper do exhibit adsorption and ion exchange properties with some analytes, but as paper chromatography is usually performed, partitioning between the flowing solvent and trapped water is the major mode of separation. Paper chromatography typically uses water-saturated solvents and enclosed chambers where water vapour can keep water trapped in the paper (the paper is equilibrated with this vapour before development). Since cellulose is very hydrophilic, immiscible or poorly miscible solvents are usually used, which keeps the water stuck to the cellulose as it has much higher affinity for water than the solvent.

This is an early paper showing the apparatus used for paper chromatography of amino acids and this book details the theory involved starting on page 4.

Not the answer you're looking for? Browse other questions tagged experimental-chemistry analytical-chemistry chromatography or ask your own question.