One of the swimming pools at Rio 2016 Olympics has turned green: 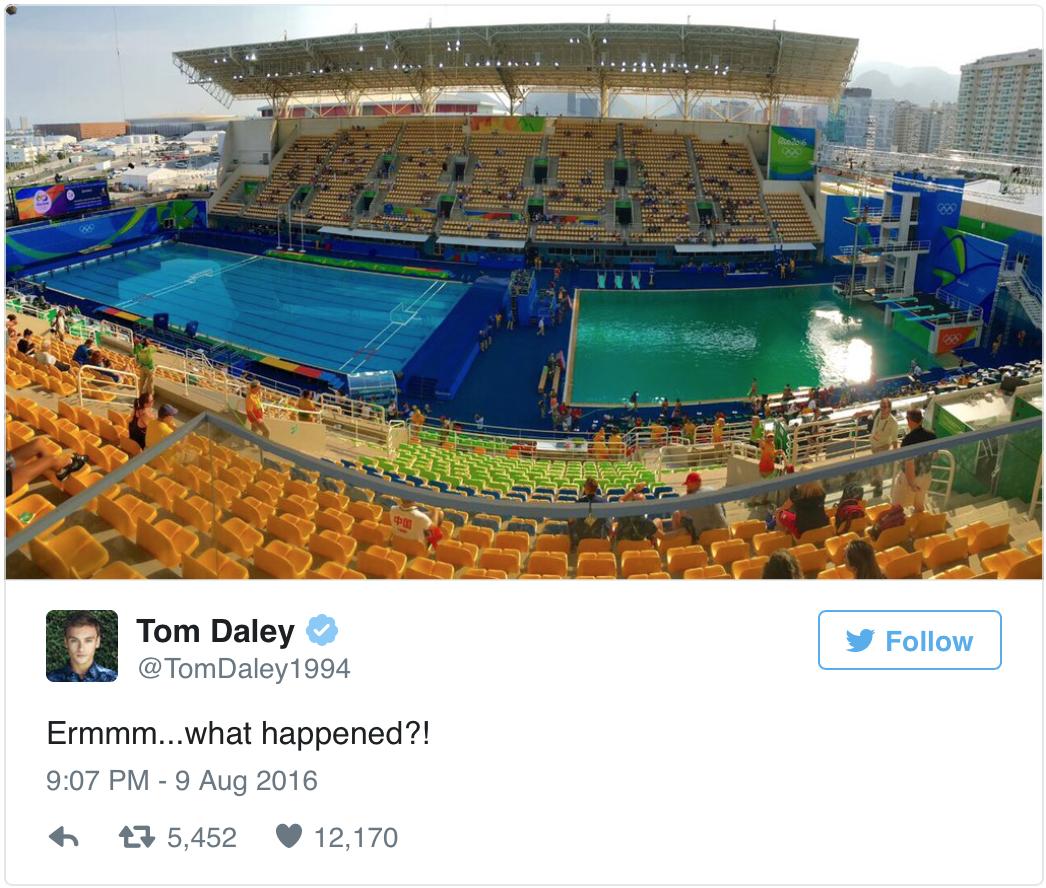 While proliferation of algae is a likely culprit, there have been some alternative explanations offered by local organizers. CNN has the following quote from a Rio 2016 official:

A change in alkalinity

Mario Andrada, the communication director for the Rio 2016 local organizing committee, says a sudden change in alkalinity is the culprit.

"We expect the color to be back to blue soon," Andrada said, adding there is "absolutely no risk to the athletes or anybody."

Although not strictly alkalinity, this article quotes a changed pH level and an expert gives two possible explanations

One: A low or high pH can bring out minerals. "Calcium would show itself as cloudy water, copper would show up as a blue-green," he says.

Two: A too-high pH would render the chlorine ineffective, which could then allow for the proliferation of algae. (Hernandez says it's doubtful, though, that the green color is mainly from algae. It typically doesn't bloom that fast in such large pools.)

Not the answer you're looking for? Browse other questions tagged everyday-chemistry aqueous-solution ph or ask your own question.

16
Why does hand sanitizer turn into a liquid after coming out of the bottle?
1
Chemical reasons for choosing Salt Water or Chlorinated pool?
1
Why does my filtered water turn thick and almost slimy when refrigerated?
4
Why does pool chlorine smell only when wet?
7
If you add AlCl3 to water, why does the pH decrease?
4
Can Aquatabs be used to clean swimming pool water?
10
What are the side effects of adding dry ice to a swimming pool?
7
Why do purple Pedialyte freezer pops turn green when frozen?