Why is the nitroso group a deactivating group for electrophilic aromatic substitution?

In order to be delocalized (participate in resonance), the lone pair on the nitrogen needs to be in a $\ce{p}$ orbital. As I have draw it above, the lone pair is in a $\ce{sp^2}$ orbital, and the $\ce{N=O}$ pi bond is conjugated with the ring: 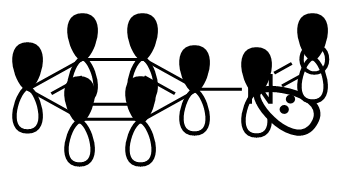 Either the lone pair or the $\ce{N=O}$ pi bond is conjugated, not both.

If the lone pair is conjugated, the nitroso group can be electron donating by resonance:

If the $\ce{N=O}$ bond is conjugated, the nitroso group is electron withdrawing by resonance:

Finally, because the nitrogen is more electronegative than carbon, the nitroso group is electron withdrawing by induction:

It is more likely that the $\ce{N=O}$ bond is conjugated because that gives a higher degree of conjugation: 8 atoms versus 7 atoms.

The nitroso group can assume either state of conjugation with the ring. In electrophilic substitution, where the ring is made electron deficient, the nitroso group will engage its lone pair in the conjugation providing an additional $\pi$ electrons. This resonance directs the donated electrons to the ortho/para positions, making the nitroso group ortho/para directing even as the electronegativity of nitrogen and oxygen make it deactivating. It's the same situation as we see with halogen atoms.

5
Are there any substituents other than halogens which are ortho-para directors but ring deactivators?
3
Resonance hybrid of nitrosobenzene
2
Seeing a case where both + and - mesomeric effect is shown