Fischer to Haworth projection: which carbon connects to the oxygen?

For D-erythose, carbon 4, (the last carbon), connects to the O which connects to Carbon 1.

However, for D-glucose, carbon 5 (the 2nd last carbon) attaches to the O which attaches to carbon 1. 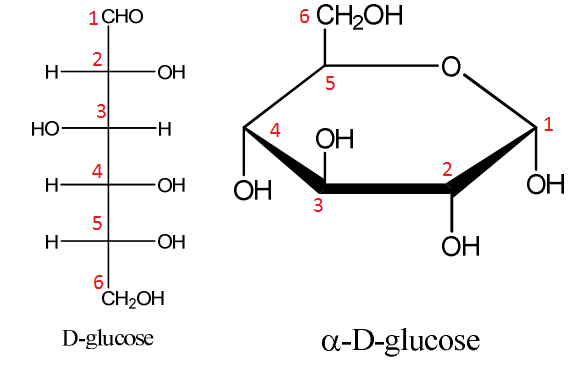 It just is. There are pyranose and furanose forms for all aldoses and hexoses (given they are long enough), including glucose: 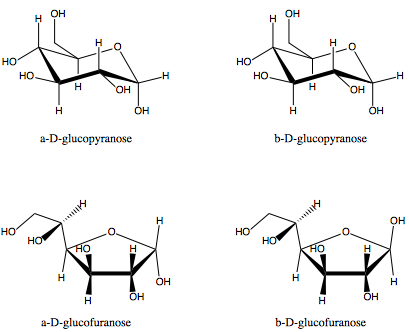 You will just have to remember which connections correspond to which sugars. You can read more about anomers ($\alpha$ vs. $\beta$) here, and more about carbohydrate chirality (D vs. L) here.

All sugars attach to carbon n-1 when making pyranose rings, except for the ones with 4 carbon atoms. The reason being, a ring with four atoms wouldn't be stable (too much strain).

It’s not important whether the last, penultimate, fifth-to-last or any other carbon’s oxygen reacts with the carbonyl group to form a cyclic structure. The only thing that matters is the ring size you generate.

A concept called Baeyer strain exists which was introduced by Adolf von Baeyer in the 19th century. It bases on the fact that the tetrahedral angle is approximately $109.5^\circ$ but a the bonds in e.g. a three-membered ring must feature bond angles of $60^\circ$ due to the laws of geometry. The difference in bond angles induces strain.

This Baeyer or angle strain is particularly prevalent in small rings (three- and four-membered) and semi-large rings (eight- to twelve-membered). However, five- and six-membered rings are notable exceptions; both are almost unstrained. For five-membered rings this is immediately obvious since a pentagon has an inner angle of $108^\circ \approx 109.5^\circ$. For six-membered rings, one needs to account for the chair conformation, which allows perfect tetrahedral angles.

However, if you take erythrose or threose, six-membered rings are impossible since only five atoms can from the chain. Thus, these sugars will exclusively form furanose structures, never pyranoses (six-membered rings).

When determining which oxygen attacks, start counting on the carbonyl carbon and try counting to 6, landing on an oxygen. If that is possible, a pyranose form (six-membered ring) is very likely. If not, try again attempting to reach an oxygen on 5. If that is possible, furanose forms will form. Other ring sizes can typically be disregarded as they only account for minute quantities of the solute distribution.

Not the answer you're looking for? Browse other questions tagged homework carbohydrates or ask your own question.

5
Why is H bonded to C5 drawn below the plane in Haworth formula for D-glucose?

4
Carbohydrate conformations
7
Stability of furanose vs. pyranose form of glucose?
1
How is this sugar classified as an aldose?
1
Why are glycosidic bonds always 1->4 in polysaccharides?
10
Before the CIP system was created, how did chemists ensure that the D/L system matched the R/S assignments?
2
Best chair configuration for trimethylcyclohexane matching a specific Haworth projection?
3
Why is maltose a reducing sugar but not sucrose, even though they're both disaccharides?
7
Ambigious nature of aldehydic group in glucose
2
Monosaccharides configurations (alpha beta, D L) identification
1
Where does the additional hydrogen in the Fischer depictions of glucopyranose come from?