How to derive these general formulae for number of stereoisomers of a compound with a possible plane of symmetry?

These formulae are used if the molecule has a possible plane of symmetry. One such example would be:

Here the carbons marked with an asterisk are stereogenic centres (the asterisk is not used to mark isotopes). We can clearly see that if carbon number 2 (in the entire longest chain) and the carbon number 4 have opposite stereogenic configuration, then the molecule will be achiral because it will have a plane of symmetry. For example, (2R,3S,4S)-pentanetriol will be a meso compound with a plane of symmetry. This compound clearly satisfies the criteria we have set for the type of molecules being discussed.

Let us take another example.

Our goal is to find the total number of stereoisomers such compounds can have in total. We can assume that a molecule does not have both, a double bond and a chiral centre.

In our class notes, we have written these formulae:

For geometrical isomers (i.e. in case of polyenes),

And for optical isomers (molecules with chiral centres):

How to derive these formulae?

I managed to crack the formula for optical isomers with odd chiral centers, so I'll share my attempt here. Hopefully others may innovate on it and post solutions for other formulae.

This implies that, in your case: 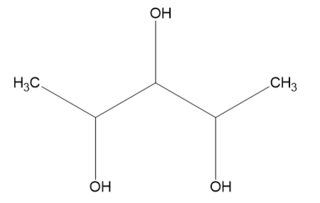 If chiral carbons 2 and 4 both have configuration R (or both S), then the central carbon 3 will be achiral/symmetric, because now "two and only two of its groups which have the same constitution" will have the same chirality sense instead. (Your approach by "plane of symmetry" is wrong. Find more details on this question)

Hence, there can be two stereoisomers (r and s) possible on the 3rd carbon due to its pesudochirality. But, there will be only one if both substituents on left and right have the same optical configurations.

Building up an intuition by manual counting 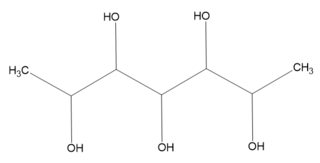 A formula for the number of meso isomers

Since, our description ("the sequence of optical configurations, when read from the fourth carbon atom, is exactly the same on both left and right") describes meso isomers, we have hence counted the number of meso isomers, which is $2^\frac{n-1}{2}$.

A formula for the number of total isomers

The reduction in number of isomers is because the string of optical configurations reads exactly the same from either terminal carbon. Example: RSsRS is the same as SRsSR. This happens because the compound has "similar ends"

Hence, each permutation has been over counted exactly twice. Thus, the actual total number of isomers is half of the maximum possible, and is $=\frac{2^n}2=2^{n-1}$.

Hence, we have derived that, if 'n' (number of chiral centers) is odd for a compound with similar ends, then:

We can calculate no. of optical isomers for straight chain molecules with even and odd no. of Chiral centres very easily by observing symmetries and using simple mathemetical logics. I will briefly elaborate on even no. of centres. Odd no. cases can also be calculated by similar idea.

Molecule with even no. of Chiral Carbon Centres where molecule can be divided into two equal halves

For calculating no. of Meso isomers, consider a general straight chain molecule with even no. of chiral centres (say, $n = 2k $) as below,

The groups ($A_i$, $\forall i = 1,2,...,2k+1$) are arranged so as to represent a meso compound in general.
Now observe that between $k$th and $k+1$th Carbon centre, by an imaginary plane the molecule can be divided into two equal halves. That's why, as a whole the above molecule is a Meso compound. Now, to become a meso compound, an isomer of this compound also has to be symmetric w.r.t this imaginary plane.
So,we can only change configuration the upper $k$ or lower $k$ Carbon atoms to form a new Meso compound, because the configuration of the symmetric Carbon atom will automatically change to maintain symmetricity.
Now, we can change $0$ atom (i.e. our starting compound) $1$ Carbon atom or $2$ atoms or $3$ atoms and so on upto $k$, and thus we are actually calculating each isomers twice.Because , inversion of $k-1$ atoms is nothing but the mirror image of inversion of $1$ atom ($k$ th atom) which is already considered before.
Thus,total no of Meso compounds = $$\frac{\binom{k}{0} + \binom{k}{1} + .... + \binom{k}{k}}{2} = 2^{k-1} = 2^{\frac{n}{2} -1}$$ which gives us the result.

Not the answer you're looking for? Browse other questions tagged stereochemistry chirality cis-trans-isomerism or ask your own question.

13
Mismatch of plane of symmetry vs Gold Book's definition for a pseudochiral carbon
5
Is there a mathematical generalization for the number of isomers (structural and configurational) of a given compound?
10
Number of stereoisomers of a polyene
6
Is there a formula to determine the total number of constitutional isomers?
7
Number of geometrical isomers when a cyclic ring is involved along with axis of symmetry
1
The van't Hoff rule for stereoisomers with planes of symmetry