Difference between exothermic and exergonic

What is the difference between these two classification schemes? Are exothermic reactions always exergonic, and if not, can you give me an example?

If reactions are characterized and balanced by solely by heat transfer (or change in enthalpy), then you're going to use reaction enthalpy $\Delta{}_{\mathrm{R}}H$.

In 1876, Thomson and Berthelot described this driving force in a principle regarding affinities of reactions. According to them, only exothermic reactions were possible.

Yet how would you explain, for example, wet cloths being suspended on a cloth-line -- dry, even during cold winter? Thanks to works by von Helmholtz, van't Hoff, Boltzmann (and others) we may do. Entropy $S$, depending on the number of accessible realisations of the reactants ("describing the degree of order") necessarily is to be taken into account, too.

After all, please keep in mind this is about thermodynamics, and not kinetics. There are also indications of spontaneity of a reaction.

Both exergonic and exothermic reactions release energy, however, the energies released have different meanings as follows:

In summary, whereas, an exergonic reaction means that a reaction is spontaneous, an exothermic reaction has nothing to do with spontaneity, but that an energy is released to the surrounding.

In Exothermic and Endothermic reactions we are mostly talking about the changes in potential energy, these changes tend to manifest themselves as the flow of heat under constant pressure conditions circa the first law of thermodynamics. When we measure Enthalpy we are measuring the energy involved in the formation/breaking of chemical bonds in a particular reaction. 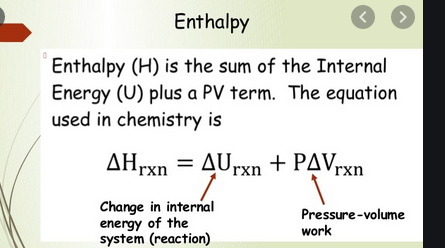 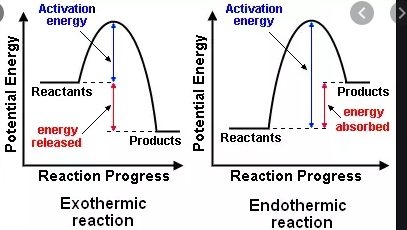 This is a very useful metric for predicting what compounds will form under certain conditions and the TOTAL potential energy changes however.. the 2nd law of thermodynamics tells us that we cant use ALL of the energy in a chemical reaction to do work, only a small amount of it. So we had to come up with Endergonic and Exergonic to explain how changes in GIBBS FREE ENERGY works with a chemical reaction 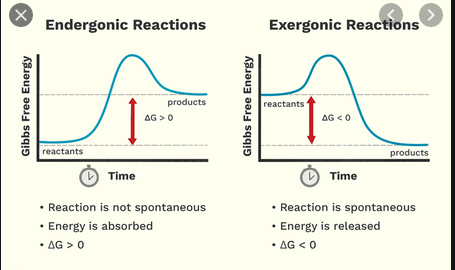 TLDR: Exo/Endotehrmic we are measuring changes in potential energy states

cant use all potential energy to get work done

For a exothermic reaction, $\Delta H\lt0$. For a exergonic reaction constraint is (from Gibbs-Helmholtz eqn): $\Delta G\lt0 \Rightarrow \Delta H-T\Delta S\lt0 \Rightarrow \Delta H\lt T\Delta S$ Hence, even if $\Delta H>0$ (endothermic reaction), a reaction can be exergonic provided it follows the constraint for it ($\Delta H\lt T\Delta S$; high temperature or greater no. of degree of freedom). So there is no such imposition that a reaction has to be exothermic if it is exergonic or vice versa.

Yes, all exergonic reactions are exothermic. Consider a reaction occurring spontaneously we know that energy would be released i.e. '$\ce{\Delta H}$ is negative' (since a reaction or process absorbing energy makes it non-spontaneous) and according to the second law of thermodynamics, entropy(or disorder) of the system must increase.

Not the answer you're looking for? Browse other questions tagged thermodynamics enthalpy free-energy or ask your own question.

3
What is the difference between "spontaneous" and "energetically favourable"?
2
Can we force reactions with positive delta G?
2
Exergonic vs Endergonic Reactions

1
Understanding Gibbs free energy and enthalpy
2
Reactant energy distribution and spontaneity of reactions
3
Can an exothermic (endothermic) process increase (decrease) internal energy?
1
Role of intermediate in determining the exothermic or endothermic nature of reaction
1
Can endergonic reactions be driven by heat?
0
Can endergonic reactions be exothermic?
3
Does this coupled reaction actually happen (decomposition of calcium carbonate)