How coordinate bond is formed? 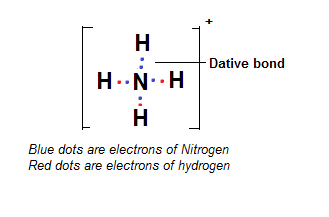 Here nitrogen can donate three electrons as it has p orbitals with three unpaired electrons. Now it is filled by electrons of hydrogen and everything is paired. It has 2 paired electrons in an s orbital. Now $\ce{H+}$ is coming and getting electron from nitrogen. How can it get from the inner s orbital?

Ammonium ion is electronically equivalent to BH4- and methane. Both exist in sp3 hybridization state with all four bonds being equivalent. This has less to do with coordination chemistry, more to do with hybridization theory. Here is a good place to start.
http://www.chemguide.co.uk/basicorg/bonding/methane.html

Understand that ammonia typically adopts a trigonal pyramidal structure with a bond angle of $107^\circ$, which assumes $\mathrm{sp^3}$ hybridisation, rather than trigonal planar, which would assume $\mathrm{sp^2}$. Therefore, the lone pair is in a similar orbital as the other three $\ce{N-H}$ bonds, allowing for ammonia to act as a Brønsted base (accept $\ce{H+}$) and as a Lewis base (in coordination complexes).

The nitrogen atom is simply too small to allow for a bond angle of $90^\circ$ (unhybridised). The heavier homologue phosphorus, on the other hand, can allow this angle. Thus, phosphane $\ce{PH3}$ is much less basic than ammonia (even though phosphonium $\ce{PH4+}$ exists — but that is much more acidic than ammonium and can be used as a source for phosphane).

Not the answer you're looking for? Browse other questions tagged molecular-orbital-theory lewis-structure or ask your own question.

2
Where does the 9th electron go in a N=O bond?
5
How is the Nitrate Ion (NO3) formed?
2
Quick way to find magnetic nature of compounds or ions
4
Are the Phosphate and Sulfate ion diagrams with double bonds an invalid picture?
1
The MO and unpaired electrons
2
Forming the resonance structures for the nitrite anion
9
MO Theory: Why do hydrogen and lithium bond, but hydrogen and helium don't?
2
Consequence of interactions between filled orbitals