What will "Efavirenz amino alcohol methyl carbamate" look like?

I'm translating a text in which a possible derivative (produced by harsh conditions) of this drug is mentioned:

Its name is put as "Efavirenz amino alcohol methyl carbamate".

The carbamate group, according to Wikipedia, will look like this: 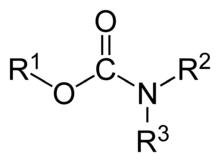 And there will also be an alcohol (hydoxyl) group and an amino group somewhere. Will there be two nitrogens, or will the only nitrogen atom particiape both in the "amino group" described in the name and in the "methyl carbamate"? 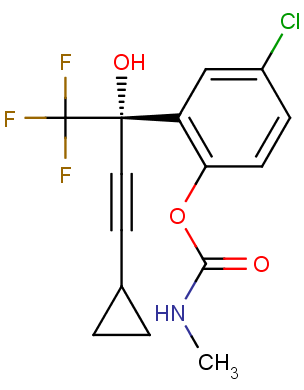 according to this reference.