Why is the particular diastereomer the major product of the sequence starting from racemic enone? I know that hydroboration is syn, therefore the arrangement of ring junction H atom and OH group. Why is one of the methyl groups anti and one syn with respect to the H atom and OH group?

If we get rid of the two methyl groups and just consider what the 3D conformation of the molecule is likely to be (I don't have a pen on me right now, but the model below was minimised using very low level molecular mechanics). 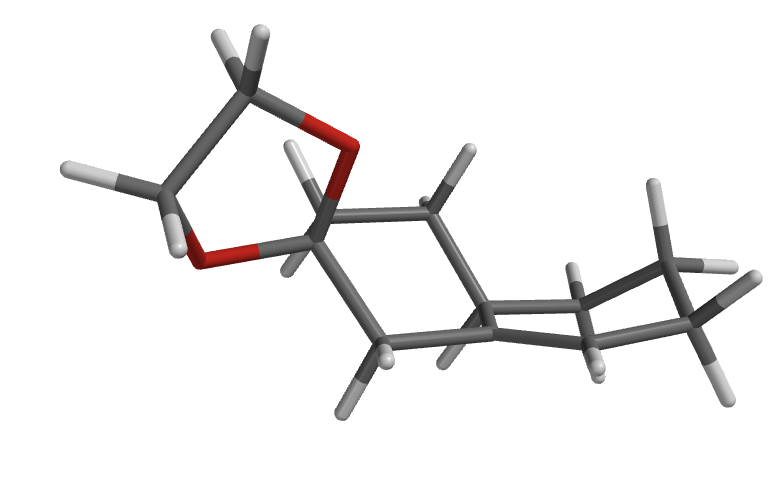 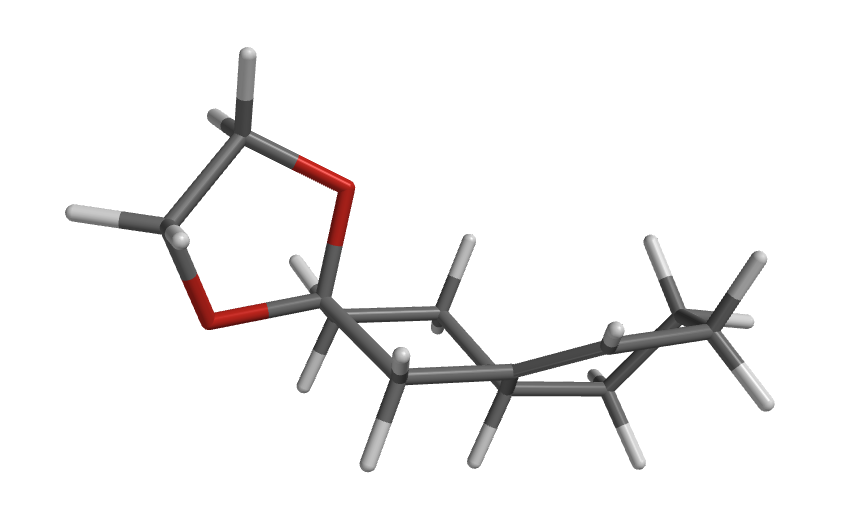 What we can hopefully see is that there is very much a convex face and a concave face of this molecule.

In the absence of all other factors, the hydroboration should be faster from the convex face (the lower face as drawn).

This would be simple facial selectivity, as is often observed on ring systems.

However, we have additional chiral centres that are going to influence the reaction (diastereoselective reactions can be matched/mismatched such that the methyl groups present might help us or hinder us.

The problem in this question is that it isn't specified whether the methyl groups are up or down etc. So presumable what we're actually seeing is a resolution (i.e. we're only forming a small amount of product, but its optically pure because certain combinations just don't react at a sufficient rate). [I did try and find the paper on Reaxys but had no luck, there is a chance he just made the question up].

So if we now consider the methyl group next to the acetal functionality, it would help us if it were pointing up (as I've drawn it, you could flip the rings to get it pointing down as shown in your product above) to leave the convex face free.

If it were pointing down (as I've drawn it..) then the approach of H-B would be hindered, making attack from convex/concave both unfavourable relative to the approach in which the methyl group is orientated into the concave face.

Not the answer you're looking for? Browse other questions tagged organic-chemistry synthesis stereochemistry cyclohexane or ask your own question.