Carbocation Rearrangement - Till which neighbouring carbon is it possible? 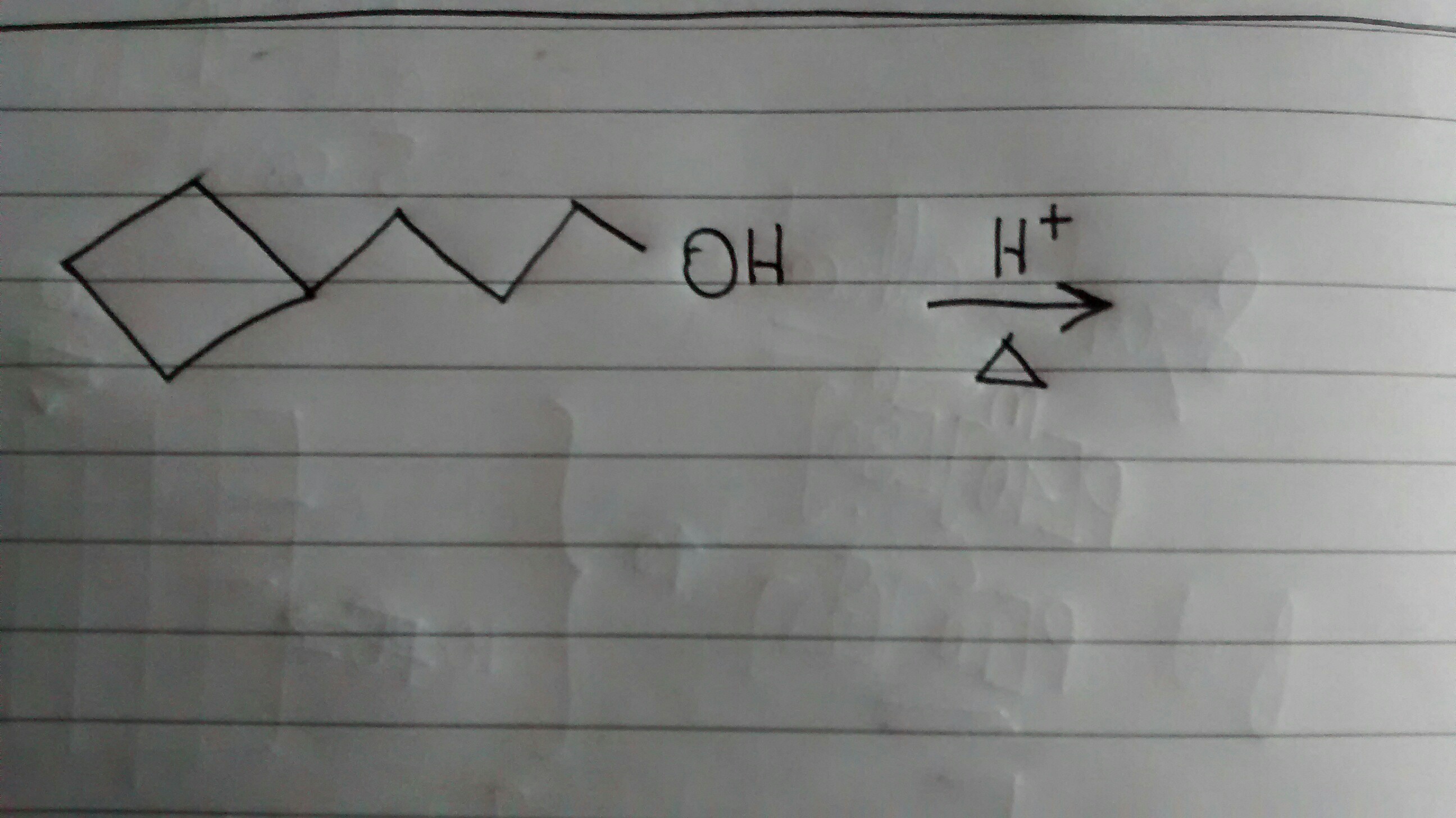 In the above reaction, clearly the OH will be protonated followed H2O leaving, seeing that it's a good leaving group.

Now there can be two possibilities either a alkene is formed as is, or the carbocation rearranges and ends up opening the ring, thus increasing the final stability of molecule, followed by alkene formation. (5 carbon ring is more stable)

But as per some texts, the Carbocation only rearranges until the neighbouring carbon and then alkene is formed without ring opening. Is that correct, if yes, why?

Consider that in the situation you present, it would be much easier to lose the proton to form the alkene immediately, than to migrate the positive charge until a position where ring-opening is viable.

Not to say it is impossible, but the required 'steps' to get to that point are very improbable to the point that it doesn't happen.

-1
Is this carbocation rearrangement possible?

51
Regioselectivity of acid-catalyzed ring-opening of epoxides
18
Designing a theoretical synthesis of methamphetamine from phenylpropyne
6
Bromination of alkenes
17
Rearrangement of a bicyclic dienone under acidic conditions
7
What will be the possible major product(s) on heating this primary alcohol i.e. 9-fluorenylmethanol with (conc) H2SO4?
7
NGP mechanism vs the simple carbocation mechanism
1
Acid Catalysed Ring Expansion – Mechanism?
1
Acid catalysed dehydration of alcohol with a bicyclo group