I'm interested in the melting point of ocean salt. While sodium chloride has a melting point of 801 °C, ocean salt contains 15 % other ions, mainly sulphate, magnesium, calcium and potassium (the exact composition seems to differ depending on the water source).

Yes, the melting point of ocean salt is going to be lower than pure NaCl at 801 °C.

In sea water you don't have compounds but rather dissolved ions. Other than the most abundant Cl- and Na+ (in this order), sea water contains Mg2+, K+, Ca2+ and SO42- (not in this order). Thus, we can assume that the solid residue would be NaCl, MgCl2, CaCl2 and KCl.

Let's have a look at several phase diagrams, taken from http://www.crct.polymtl.ca/fact/pdweb.php: 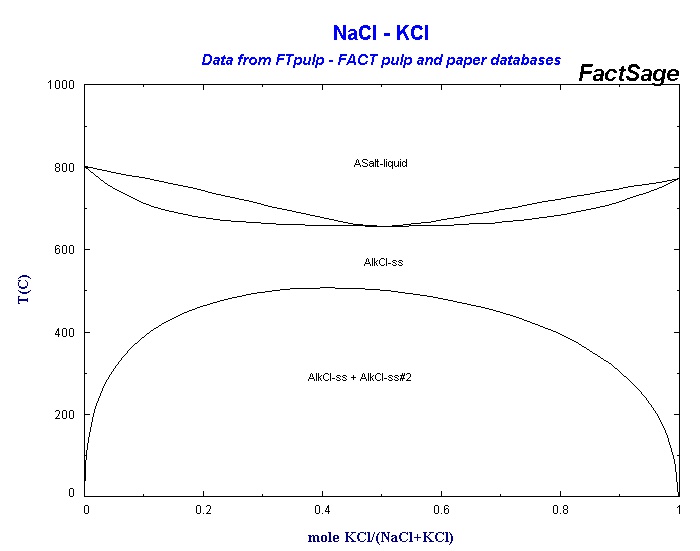 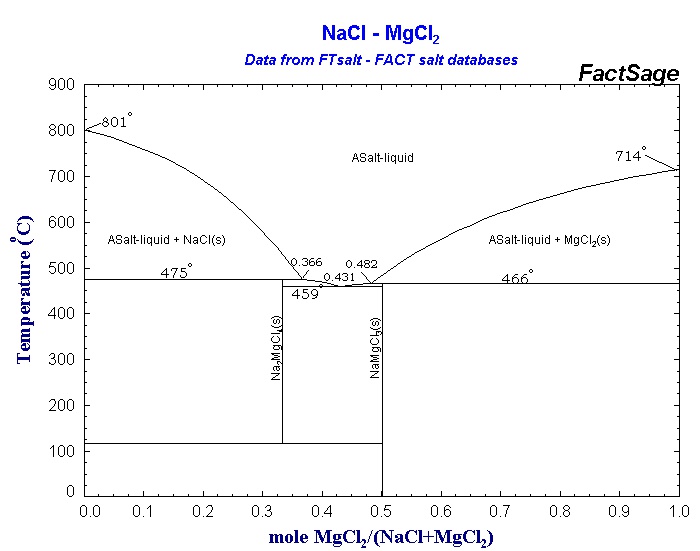 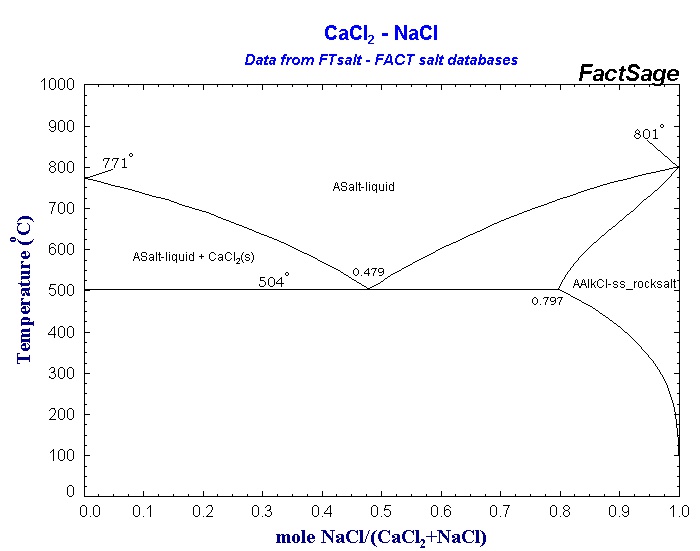 So yes, adding additional cations other than Na+ will reduce the melting point. Note however, that you will get a lower melting point (solidus) and a higher melting point (liquidus) that in between you will have an equilibrium mixture of solid crystals and melt.

Other than Cl- there's also SO42- and CO32- (as both carbonate and bicarbonate). This will also lower the melting point: 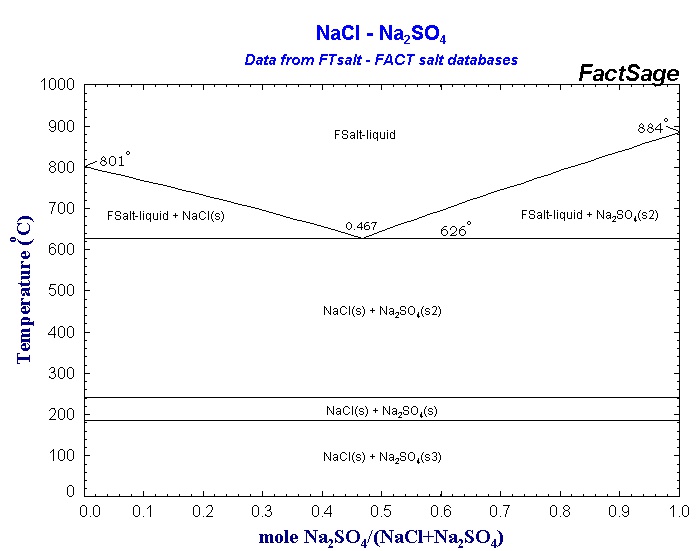 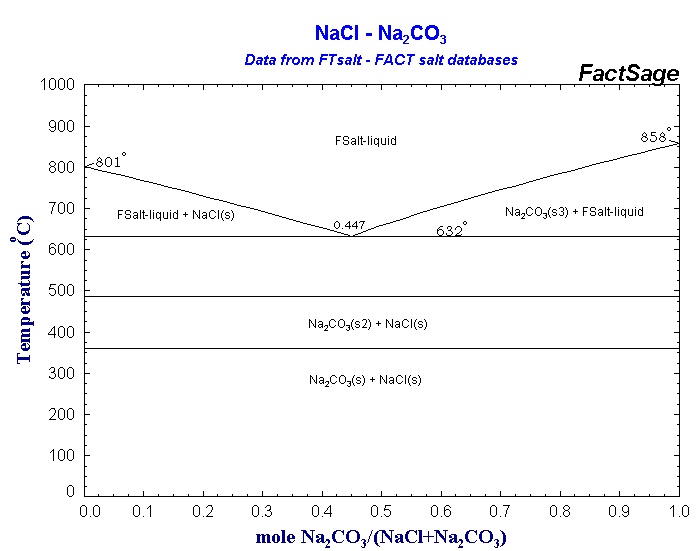 The melting point of the sea salt mixture will be lower than the decomposition of the sulfates and carbonates, so you will dissolve them into the liquid salt rather than degas them as SO2 and CO2 (at least initially).

It's also interesting to see that as you heat the mixture, you will end up with intermediate compounds, such as (Na,K)Cl and (Na,Mg)Cl. As to the exact melting point of the mixture, I couldn't find any experimental data in my quick search. It is possible that thermodynamic modeling would be able to give a prediction. But remember, as the mixture is eventually dominated by NaCl it will not be too far off from the melting point of the pure compound. My uneducated guess is that you will only start seeing any significant melting at around 700 °C and above.

Note of caution - if you do decide to actually melt sea salt, be sure to take the necessary precautions. Even though SO2 will mostly dissolve in the melt, some of it will degas. Molten halides are extremely corrosive and will react with atmospheric moisture, sometimes explosively. They will react with your crucible, possibly causing leakage of really nasty stuff. Unless you know what and how you're doing it, don't do it.

Not the answer you're looking for? Browse other questions tagged aqueous-solution solutions ionic-compounds melting-point eutectic or ask your own question.