Can the regions of 1s and 2s subshells overlap? 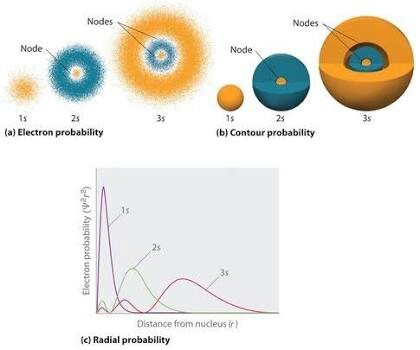 I was studying atomic orbitals and always had this question lingering.

As we can see in the image, the 1s and 2s subshells both are known to closely surround nucleus. The overlapping peaks in the graph (of probability vs radius) lead me to believe that the part region of 2s before the node should overlap with the region under 1s.

And by 1s and 2s I mean their contours ( regions which contain 90% probability of electron occurring).

Am I committed a blunder here or do subshells overlap?

Additionally, does the same logic apply when comparing the spatial distribution of say 2p and 2s aswell? Do they have overlapping regions of high electron probability density as well?

Subshells are not a real physical objects in the sense that we can't measure them, can't designate them. There are just a mathematical abstraction. So, there are meaningless in terms of physics to ask about their overlap. It can lead you to misunderstanding.

Now let's say we have performed infinite number of measurements of 1s and 2s electrons coordinates. Let's discard 10% outliers in both cases. Now we have clusters which contain 90% probability of electron being found there. Will these regions overlap? Maybe. The answer is one can calculate how much outliers one should "remove" to obtain "non-overlapping regions" (I can't calculate this, unfortunately). For 1s and 2s it may be 95%-regions, or may be 89%-regions that not overlapped. And theoretically, one can perform such calculation for any pair of orbitals he wants.

There is nothing physically special about 90%. And if we don't think of 90%, then of course all orbitals of all atoms overlap, since each of them is infinite and spreads over all space. True, most of them overlap in the regions of extremely low probability, like $10^{-100}$, so for all practical purposes we might just as well consider they don't. But orbitals of one atom (pretty much all of them) would overlap in the areas of significant probability.

One might wonder why wouldn't they interact the way the orbitals of different atoms would. Well, there is a reason to that. Being eigenfunctions of the same operator, they are orthogonal, that is, the overlap integral equals zero if we consider the signs of $\psi$.

I'm not sure that thinking about sub-shells is very useful at all. They are not distinct entities but just part of the shape of the wave-function which in turn depends on the quantum numbers. You can see from your graph and figures (which are different ways of displaying the same thing) that there seems to be a chance that electrons in 1s, 2s & 3s occupy the same region of space. However, the overlap integral between total wavefunctions (radial and angular parts) from the same atom e.g. $\int\psi_{1s}\psi_{2s}d\tau =0$ shows that they are orthogonal. If n, l, m are the quantum numbers for one orbital and n', l', m' for the other orthogonality is found from the product $\delta_{nn'}\delta_{ll'}\delta_{mm'}$ where $\delta_{ab} $ is the delta function, = 1 if $a=b$ else zero.
(If orbitals are on different atoms, the wavefunctions now have to be represented with respect to a common set of coordinates, i.e. the equations for orbitals, say, on atoms A and B, must use the same zero (origin) for radial distance. In doing this the wavefunctions are no longer orthogonal so chemical bonds can be formed.)

Not the answer you're looking for? Browse other questions tagged atoms orbitals or ask your own question.

3
What are the physical manifestations of radial nodes?

3
How do 1s and 2p orbitals overlap?
35
Difference between shells, subshells and orbitals
8
Why do no known atoms have electrons in the g or h subshells?
3
What are the physical manifestations of radial nodes?
2
Are the 2s and 2p subshells degenerate in the He+ ion?
1
Orbital overlap and bond strength