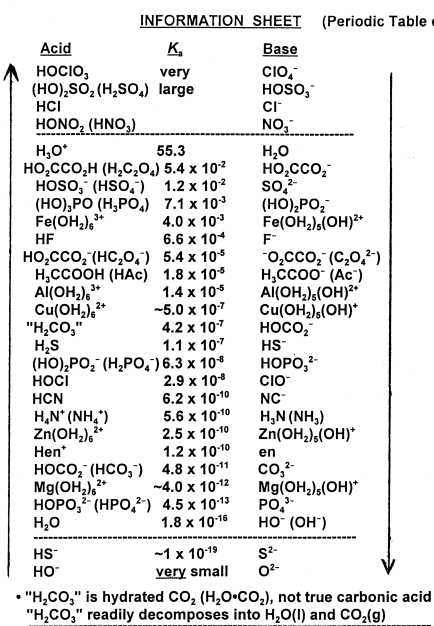 7
Why is boric acid written as B(OH)3 and not H3BO3?
56
Why do we write NH3?
43
Why is methane's molecular formula conventionally "CH₄", while water is "H₂O" (among others)?
16
What are the mechanisms for capture of As(III) and As(V) by magnetite from water?
5
How do we represent a molecule in text form?
7
In what order should the compounds containing Ru and Os, or Mo and W be named?
5
Why isn't SiC called carbon silicate?
4
Order of elements in a formula?
0
Does the prefix Ortho have some significance?
0
Covalent Compounds In Written Form
See more linked questions

16
Why is magic acid a superacid?
2
Why does an acid salt possess acidity as well as basicity?
12
Why is HCl a stronger acid than Acetic Acid?
5
Why are silver halides insoluble in nitric acid
3
Why is phosphorous acid more acidic than phosphoric acid?
5
Why would red fuming nitric acid become white fuming nitric acid if left out at low temperature?
4
Why is telluric acid dibasic?
3
Why is hydrobromic acid a stronger acid than hypobromous acid?