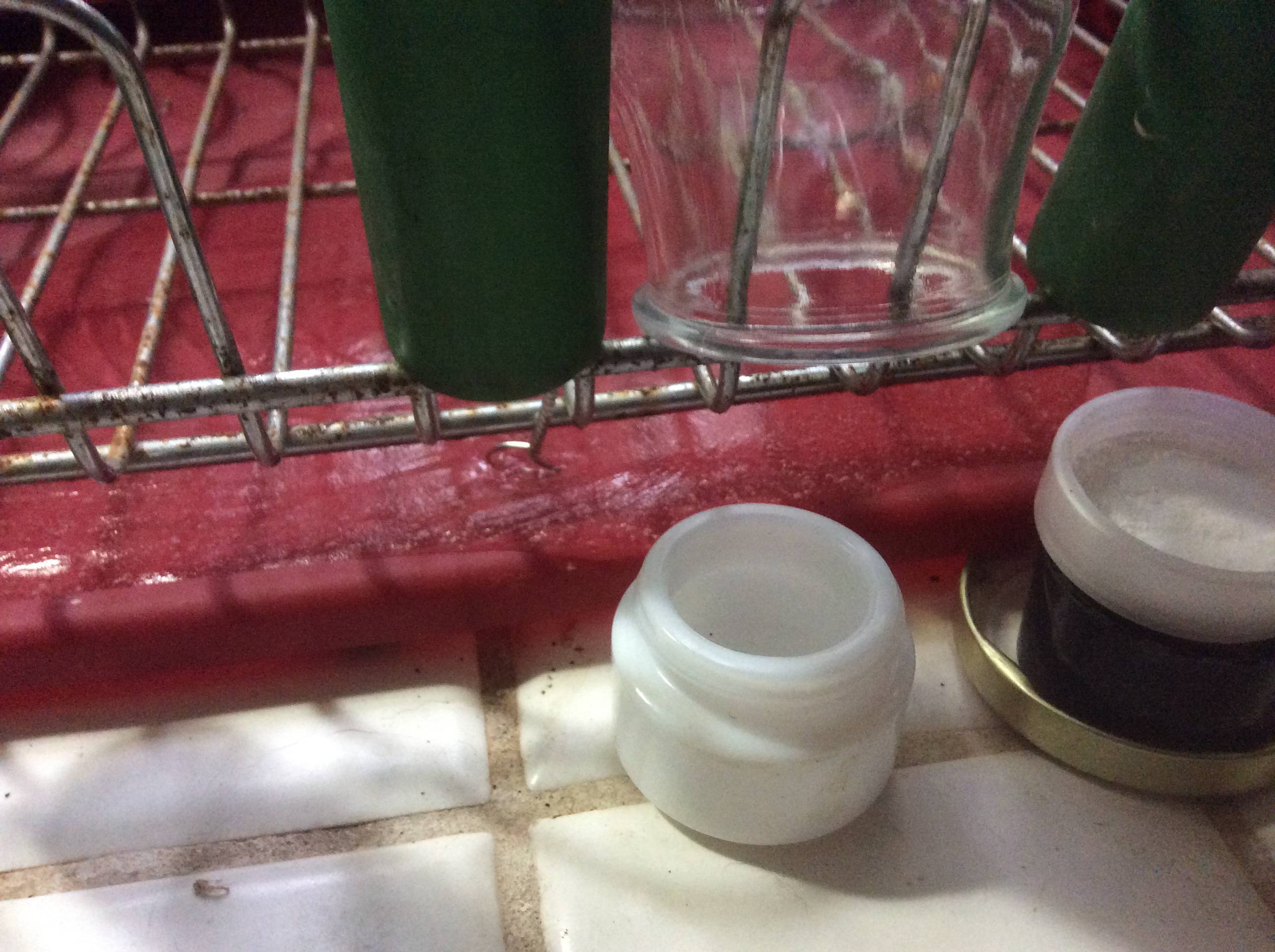 Woke to this interesting reaction. Would love any explanation of this occurrence. If it is perfectly common then I apologize for my ignorance. The mag was trace in the clear glass suspended over the white glass jar that had a strong mixture of baking soda and water. They are not touching and are as I found them. Look carefully and you can see the "gel puddle" that formed on my dish drainer. There are slight bubbles in the gel. Or is it ectoplasm from the ghost? (Lol)

It is difficult to reconstruct what actually happened based on a single picture.

Apparently, the concentrated liquid solution of magnesium chloride ran out of the glass vessel and formed a puddle on the dish drainer.

8
What is the reaction between Magnesium chloride and Sodium bicarbonate?