How to determine the concentration of a base through indirect titration?

I think, this is where you went wrong. If a question says something along the lines of

The end-point occurs at $\dots~\mathrm{ml}$

then you should generally assume that that volume of whatever you are titrating with was used. In this case, that would mean a full $21.3~\mathrm{ml}\ \ce{HCl}$. The same thing of course happened at your point 7, where you write:

Working through this bit by bit, and starting at your point 5:

The difference still there can be attributed to a rounding error somewhere along the way. 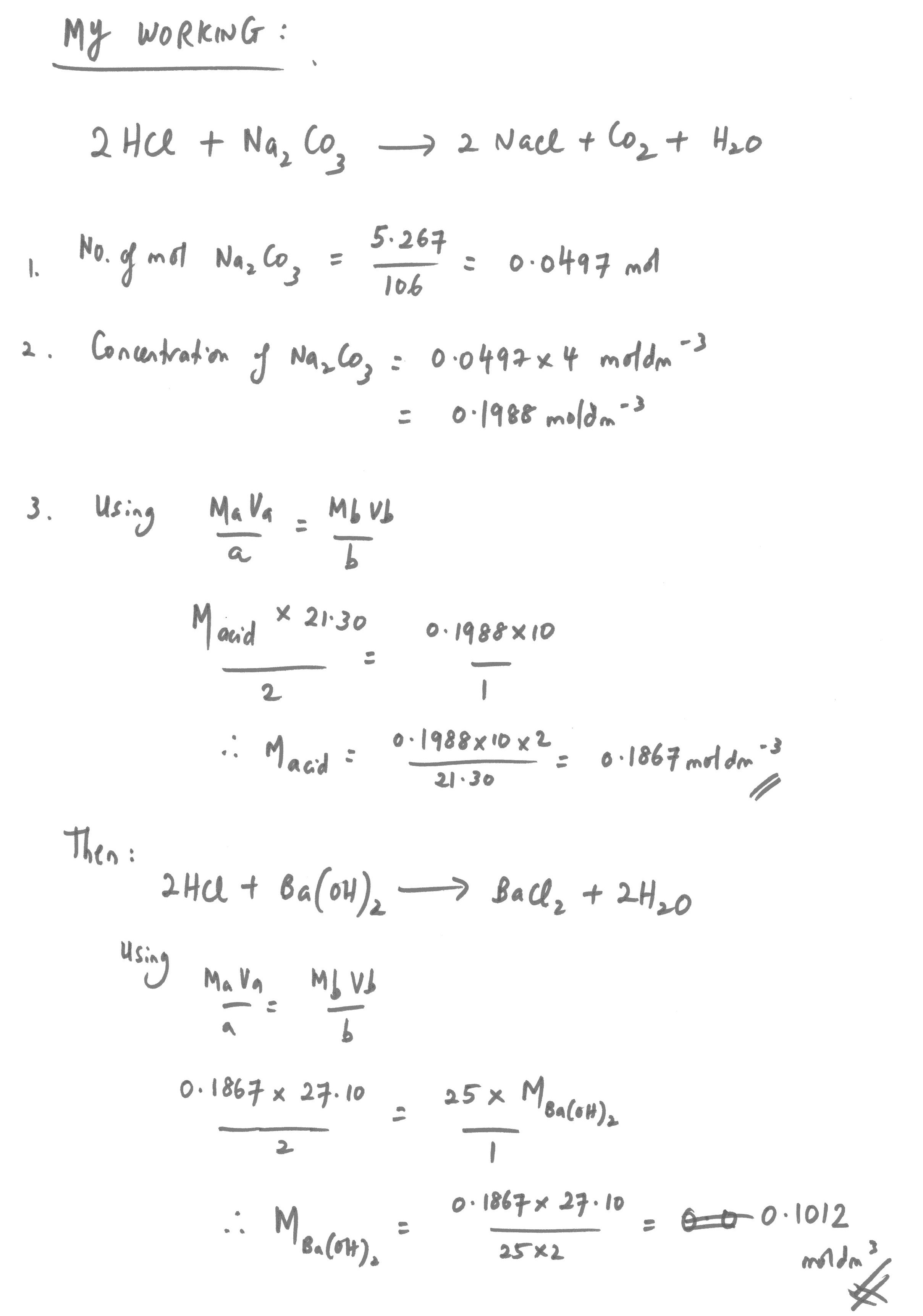 Not the answer you're looking for? Browse other questions tagged acid-base titration or ask your own question.

3
Finding the percent of calcium carbonate in commercial antacid by using back titration
5
Calculating pH for titration of weak base with strong acid
3
I need to find the Ka of a weak acid in titration with a strong base
4
How to determine the purity of lactic acid with titration?
8
Why do these two calculations give me different answers for the same acid-base titration?
2
How to find the concentration of an of ammonia solution by titration with nitric acid?
2
How to determine the equivalent weight of CO2
1
Why is a titration necessary? Why can't we just compare the moles of the acid and base?