In a condensation reaction, which of the reactants loses their OH group?

When you combine the two for a condensation reaction you have the $\ce{OH}$ group from 1 reactant and the $\ce H$ group from the other that joins to release a water molecule correct?

Acid loses its OH and alcohol loses its H, that's the way it is. 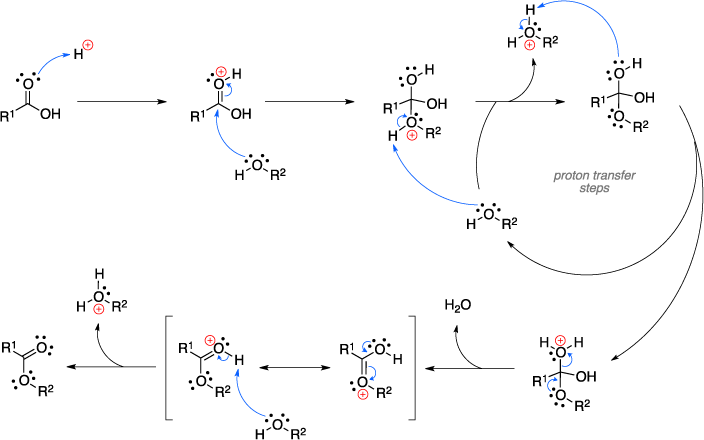 Long story short, oxygen from alcohol's $\ce{-OH}$ attacks the carbon from the acid's $\ce{-COOH}$. That carbon, being linked to two oxygens, carries significant positive charge, so this is much more likely than the other way around.

4
Are all esterification reactions reversible? What is their general mechanism?

5
How can I know the colour change of this reaction?
5
How to synthesise N,N,3‐trimethylbutanamide from 1‐chloro‐2‐methylpropane?
2
Why are more electronegative atoms better leaving groups?
11
Which electronic effects are responsible for the reduction of nucleophilicity of a hydroxy group orthogonal to an ester?
9
What is the actual mechanism of Fenton reaction?