Why is 2-methyl-2,3-pentadiene achiral (allene)?

I'll start by linking to Symmetry @ Otterbein, as it's a very useful tool for looking at various structures and seeing planes an axes of symmetry. If you're having issues visualising rotations and such, then this website should certainly help.

A general explanation for testing for chirality would be to take your two structures and check to see if they are superposable. If they are, then they aren't chiral, but if they're not superposable, then chirality isn't ruled out.

If you were to take models of (R)- and (S)-bromochlorofluoromethane, you'd find that under no conditions are they superposable. They are indeed chiral. 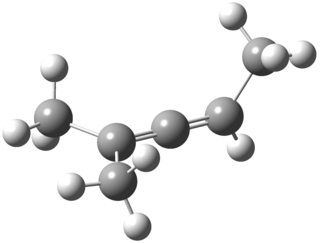 There is a mirror plane going right through the middle of the molecule (cutting carbons 2, 3, 4, and 5 in half, as well as one of the hydrogens on carbon 5).

Let's view it from above, with the mirror plane going through the centre of the image: 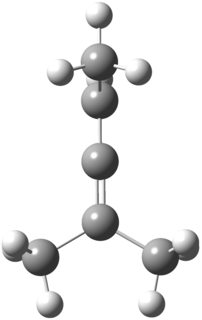 Now let's consider one of the core concepts of symmetry. If you were to only see what's on one half of the mirror plane, could you draw the entire molecule, knowing with complete confidence that you didn't draw any kind of isomer? 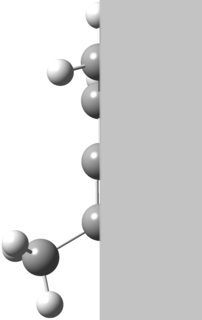 If you were to take the mirror image of this molecule through that same plane, you'd end up getting the identical molecule. If you mirror this molecule through a perpendicular axis, you'd end up getting the same thing, but with the methyl and hydrogen on carbon 5 switched around. With the symmetry of the molecule, though, you could just rotate the molecule 180° to get the original one back. That would make them superposable, and therefore not chiral.

When you recognise any symmetry, you'll know (or eventually intuitively see without thinking) what you need to do to generate the superposable conformation. A reasonable analogy would be that if you write a message on white paper using black permanent marker and hold it up in the mirror, you'll see a mirrored image; BUT, realising that the paper itself becomes a mirror plane when the ink soaks through to the other side, you'll know that all you need to do is flip the paper over, showing the mirrored writing to the mirror, and see forward writing in the mirror. This is very related to what you'd do with molecules.

I think that your best bet is to play with as many 3D models (physical or computational) as possible, doing rotations and mirror operations whenever possible. At some point, it should click and be completely intuitive when just thinking about the molecule. Try it on all sorts of things. Try making a pizza with C6v symmetry. Think about what your pizza would look like if it had D6h symmetry instead (note: very messy to make and to bake).

An axis of symmetry will never by itself generate an achiral compound. For a compound to be achiral you need any kind of improper rotation, denoted as $S_n$ or $\bar n$ for a rotation around $\left (1 \over n \right )^\circ$. The former notation implies a rotation followed by mirroring through a plane perpendicular to the rotation axis while the latter implies rotation followed by an inversion. The special cases of planes of symmetry or simple inversion can be written as $S_1$ or $\bar 2$ (plane) and $S_2$ or $\bar 1$ (inversion). Higher-order symmetry such as $S_4$ or $\bar 4$ that do not appear alongside of simple planes or inversions are rare but exist.

A centre of symmetry is inversion symmetry. To visualise it, rotate by $180^\circ$ and then apply a $\sigma$ plane orthogonal to the rotation axis.

Not the answer you're looking for? Browse other questions tagged organic-chemistry symmetry or ask your own question.

1
Equivalent hydrogens in 2,3-dimethylbutane
7
Acid catalysed hydration of allene
7
Does an axis of symmetry determine chiralty?
1
How are these molecules chiral and achiral?
2
Addition of acid to 3-methyl-2,3-dihydropyran
7
Mechanism of synthesis of allene