We are using TAA to form metal sulfides. What is the effect of sodium acetate on sulfide ion concentration?

The procedures instruct me to add sodium acetate and to heat the test tube with the metal ion if no precipitate forms after the initial addition of TAA.

From the equilibrium given below, it seems that addition of sodium acetate would actually reduce sulfide ion concentration by driving the equilibrium to the left! That would be antithetical to sulfide salt formation.

Thinking about it some more, could it be that the addition of sodium acetate basicifies the system by forming hydroxide ion, thereby driving the equilibirum to the right? This seems to make sense, because the addition of sodium acetate is to be accompanied by heating, and wouldn't heating drive the formation of acetic acid and hydroxide ion from acetate ion? And acetic acid is rather volatile, so it'll just leave the solution and not interfere by making the solution too acidic. Am I correct in my thinking? How can I predict the effect of heat on an acid-base reaction? I know heating ammonium chloride causes the ammonium ion to lose its proton. Will heating acetate ion in the presence of water cause it to gain a proton? 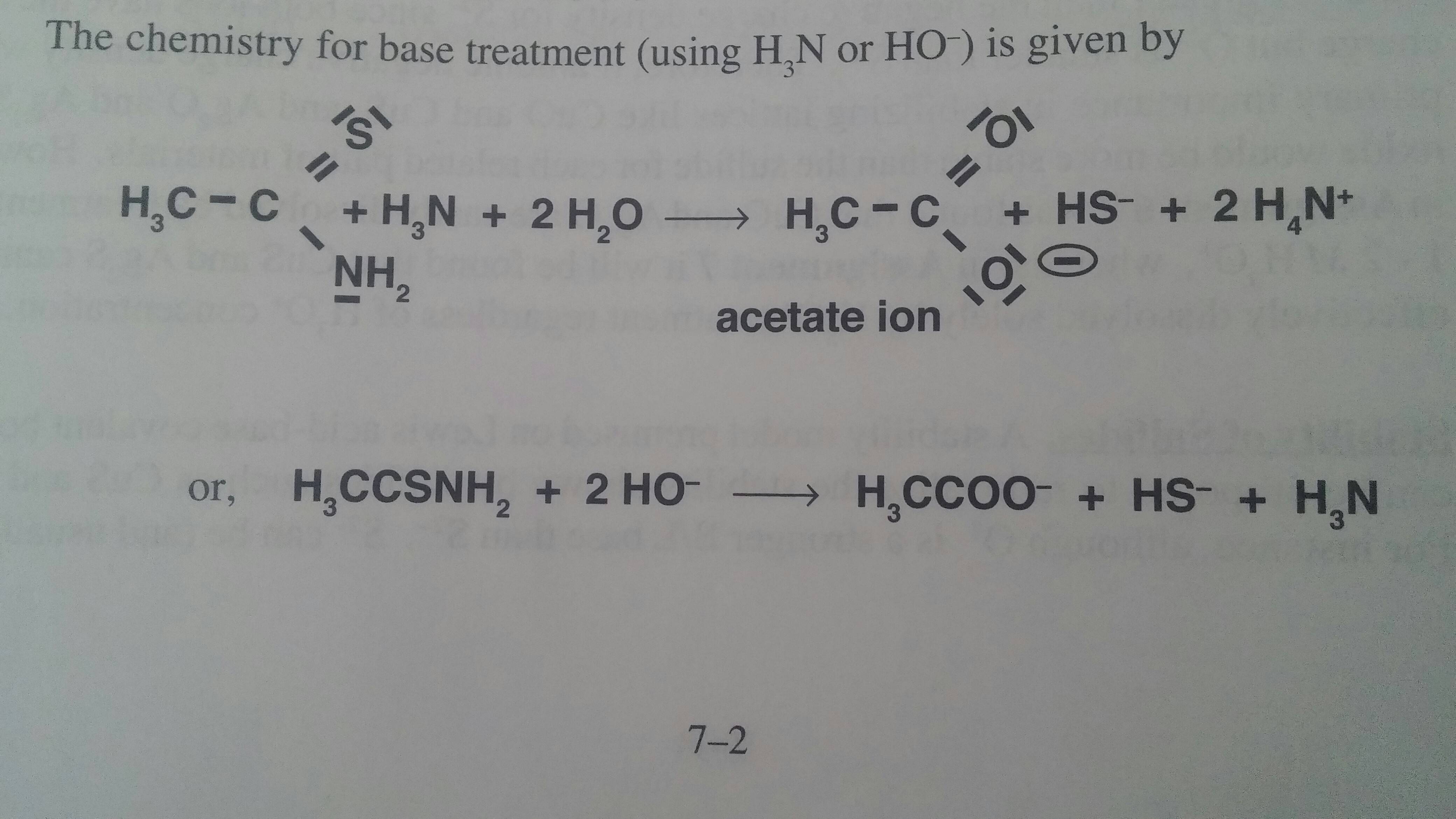 Adding sodium acetate to an acidic solution forms a buffer and thus decreases the acidity of the solution without making it basic.

This helps to precipitate sulfides $\ce{S^{2-}}$ without forming basic precipitates like hydroxides that might disturb the analysis.

Heating the test tube just speeds up the hydrolysis of thioacetamide. To keep $\ce{H2S}$ in the system this is sometimes done in a hermetically sealed glass tube.

6
Can I synthesize iron acetate like this?
4
Problems with precipitation of transition metal solution
4
Stability of Sulfides - backbonding?
5
Why should I acidify twice in the procedure for qualitative analysis of chloride anions?
3
Why do we scratch the walls of test tube in test for magnesium or calcium basic radicals?
6
How can I make a black precipitate without a sulfide?
7
How to separate and analyse a sample of cations of alkaline and earth alkaline cations and ammonium?