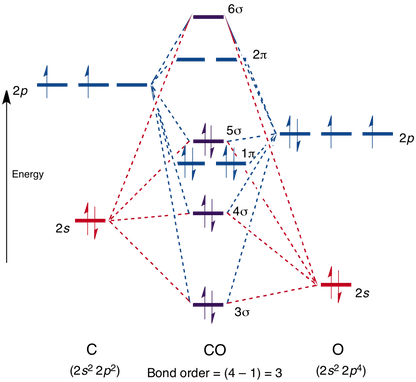 molecular-orbital-theory orbitals
Share
Improve this question
edited May 3, 2017 at 20:11 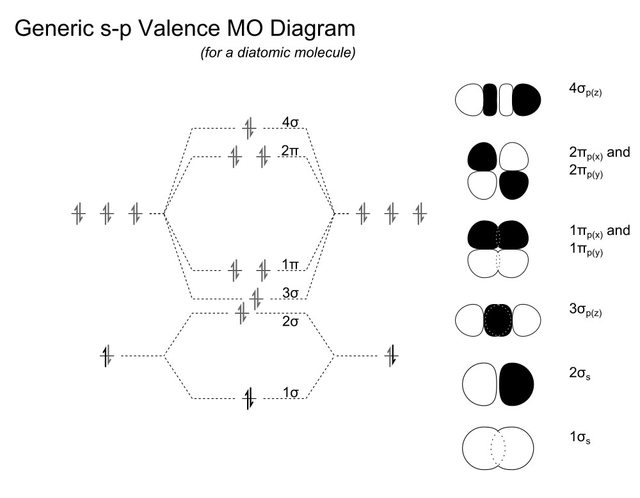 For dinitrogen we will have to adapt this scheme to include s-p mixing. Here it is important to know, that the interaction is still strong enough to raise the 3σ valence orbital above the 1π orbitals. 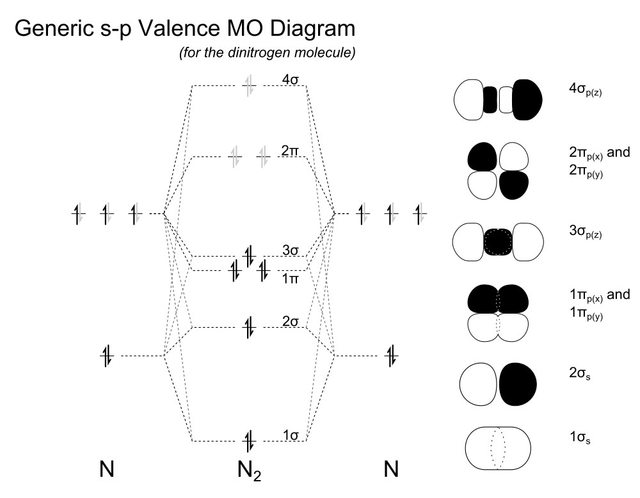 From there we can use the fact, that carbon monoxide is isoelectronic with dinitrogen. We have to skew the energies of the atomic orbitals. The energy of the atomic orbitals is decreasing from left to right in the period; therefore carbon will have slightly elevated levels and oxygen's are lowered.
In this case it is easier to not tinker with the ordering of the MO as this is just a pen and paper exercise. However, one should be aware, that the levels will overall change in this molecule. 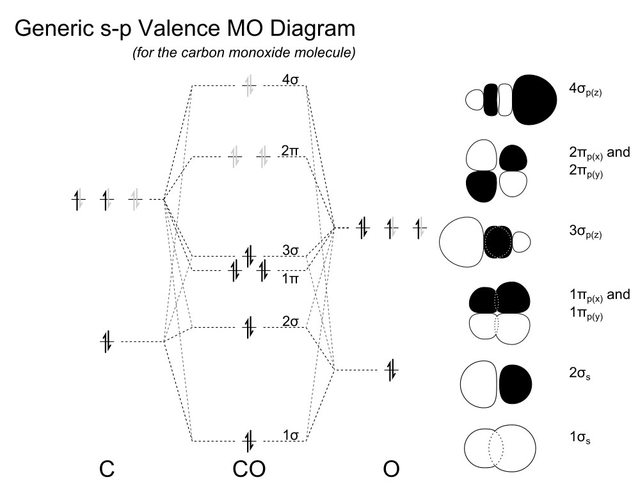 39
Why does carbon monoxide have a greater affinity for hemoglobin than oxygen?
41
How can the dipole moment of carbon monoxide be rationalised by molecular orbital theory?
25
Molecular orbital (MO) diagram for N2 and N2^-
6
Effect of metal identity on CO bond length in carbonyl complexes
5
How can I use the MO diagram of hydrogen fluoride to demonstrate that the molecule is polar?
7
Molecular orbitals of the enolate ion
5
Is there s-character in the HOMO of dinitrogen?
4
Is strength of pi bonds greater than sigma bond of nitrogen molecule?
4
Molecular orbital diagram of CO and charge localisation
3
Why CO is a stronger and more common ligand than N2?
See more linked questions

3
Draw a simplified MO diagram for the pi system of Methyl vinyl ether
2
Why does strong Lewis acid-strong Lewis base interactions prevail over hard-soft acid-base interactions?
5
Explaining why CN- is a soft base
6
Why is CO ligand higher than CN- in the spectrochemical series?
5
Which atom bears the negative charge in cyanide? I am confused by the MO diagram
7
Molecular orbitals of the enolate ion
0
Adding cyanide vs nitrite for nucleophilic substitution and why does it change when we use silver salts for it
6
Nature of a1g Molecular Orbital Interactions in Ferrocene
2
Determination of energies in MO diagrams