Is there a difference between NaCl or table salt (processed) and salt from the Himalayas?

So, I was doing some research on bonding and electronegativity and one of the examples used was NaCl (Sodium Chloride) which is salt. We don't buy processed salt, rather we buy salt from the Himalayas. 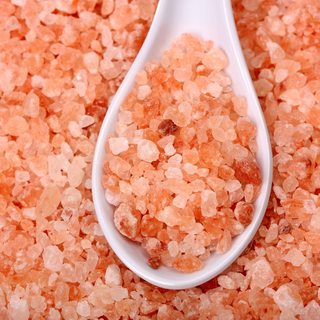 Apparently this is better salt because it is not processed, made, etc. But, is there a difference between NaCl and Himalayan salt in regards to their molecular structure?

No salt will be pure NaCl. Each will have some degree of other elements. The fact that the salt isn't white confirms there are other elements present.

See Analysis of Gourmet Salts for the Presence of Heavy Metals which investigates 14 salts including two Himalayan salts.

NaCl isn't molecular, but instead is a lattice of Na+ and Cl- ions. Other ions can lie within this lattice as impurities.

You've already fallen to the marketing. Take a step back and ask yourself - how would a processed X be better then natural X? In many cases, you'll find advantages and disadvantages to both approaches. And don't forget that "natural" can kill you just as easily as "industrial" - you don't even have to go to outright poisions like death caps. A lot of the food we eat all the time is poisonous without proper processing - potatoes or rhubarb, for example. In other cases, we're outright trying to get those poisons in our food - chocolate, coffee, tobacco; of course, we're calculating how much of the poison is appropriate to get the desired behaviour (good taste, "drug effect") while limiting damage. Humans are actually pretty tolerant to huge amounts of different poisons - the ones that are left are usually very serious indeed :)

But you can be sure that "molecular structure of NaCl" will always be the same - it's entirely determined by the laws of physics. There's been some crackpottery about ideas like "water memory" or "changing angle between atoms in water" - that's just pure hogwash playing on people who didn't pick up much of Chemistry in high school, so I feel I have to stress that. What might be different is composition (impurities in addition to the NaCl) and crystal structure (pure NaCl in a well made crystal is very optically transparent, the pink colour of Himalayian salt is due to impurities).

Processed salt in particular is something humans have done for thousands of years (in fact, the ancient Greeks and Arabs burned oil for salt processing :)). The technologically simplest way to make salt is by letting salt water evaporate - this was commonly used in places where sunlight and other power sources (mostly rock oil) were plentiful. However, salt water is far from being pure NaCl indeed - there's plenty of other salts involved, as well as various other contaminants. These contribute to the colour and taste of the salt produced.

The purest "natural" salts were formed when whole seas evaporated - in Europe, this is mostly the Middle-terranean, of course. That was the source of many salt deposits that were extensively mined in Europe. Since such huge volumes and areas evaporated, the different salts precipitated out of the solution at different times and in different places, so you'll find quite pure "rock salt" formations - 85% and upwards is quite typical.

"Refined" salt is produced by purifying salt sources - the resulting salt might be up to about 99.75% NaCl or so. The source for the refining might be anything from sea water to rock salt to "whatever salty thing came by".

So unless the refining process itself introduces harmful impurities, refined salt will be much more pure NaCl. Is that a good thing? I don't know. There's certainly nothing inherently good or bad about purity - perhaps the other impurities are useful (iodine); perhaps they are harmful (kidney stones fun :P). And that's what you should think about when considering marketing claims such as "Himalayian salt is better because it's not processed". Processing is generally a good thing - you probably prefer your meat cooked, and your vegetables devoid of E. Coli, don't you? Just like home processing, industrial processing can make things better or worse, or a mixture of both. That's just the way the world works :)

If you find that you like the taste of Himalayian salt, that's the impurities talking (assuming you can actually tell the difference from a placebo). Nothing inherently bad about that, enjoy yourself ;) And don't forget that it can also be human-made for a good bit of profit :P

Not the answer you're looking for? Browse other questions tagged inorganic-chemistry food-chemistry or ask your own question.

12
How pure NaCl is typical table salt? How is it purified?

2
Table Salt vs Kosher Salt difference
8
What causes the colour when conducting flame tests on solid salts?
3
Can artificial sea water be prepared by mixing sea salt with water?
7
Is there a difference between hydrated oxides and hydroxides?
14
Is a highly oxidized element more electropositive than a lesser oxidized counterpart?
0
When recovering Copper from Copper Chloride via Aluminum, why can't we use Sodium instead to make Sodium Chloride?
2
Is there any difference between table salt and common salt?
1
What are the reaction products in my dishwasher from a steel colander?
2
Finding the atomic packing factor (APF) of Sodium Chloride and other FCC ionic compounds