I have some aluminum alloy, possibly 6063 or 7050 (no clue really) which has corroded. The finish might be silver-anodized but I doubt it due to the high polish, could be urethane. The item is a fishing rod holder, used in a freshwater marine environment. Hardware is stainless and steel. Several screws and bolts need to be removed, and I was wondering if there was an acceptable reducing agent for the corrosion rather than busting driver bits and/or mangling threads. 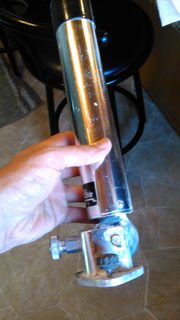 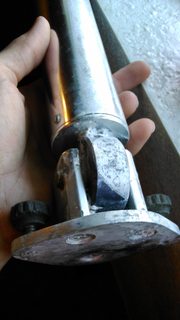 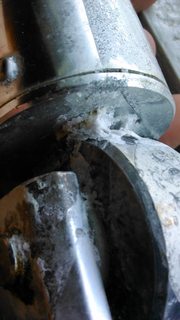 Aluminum corrosion in most environment produces $\ce{Al2O3}$, corundum, which is extremely hard (9 on the Mohs scale, where 10 is diamond). Corundum is also quite resistant to most chemicals.

There are various products called "Aluminum Jelly", such as that from Loctite and from Henkel, which can remove some of the surface corrosion. They probably attack the aluminum at its point of contact with the oxide, rather than reacting with $\ce{Al2O3}$ itself. Regrettably, this probably means that though it might brighten the surface, the jelly will not substantially free the bolts.

The drill bits break when they encounter a mass of corrosion and suddenly seize, and this breakage can be minimized by running at slow speed with lots of lubricant. Applying gentle heat and cooling to the parts immersed in lubricant (e.g. Alumaslick or Vibra-TITE) allows it to penetrate better.

In any event, any threads in the aluminum have likely been ruined, so consider drilling oversize holes and re-tapping them (aluminum is easily tapped, but shavings tend to stick in the tool, so use lubricant and clear the tap frequently).

Not the answer you're looking for? Browse other questions tagged everyday-chemistry redox home-experiment metal or ask your own question.