I understand that light can be polarized, and that we are trying to somehow exclude either atomic or background absorption from one of our measures. I don't see, however, why this would be valid. Why is the perpendicularly polarized light not experiencing also the atomic absorption?

The very short answer is that properly applied magnetic fields, via the Zeeman effect, can cause atomic absorption bands to split into multiple bands, and these bands have different polarization properties. This is the simulation model I use to demonstrate the spliting and polarization behavior: 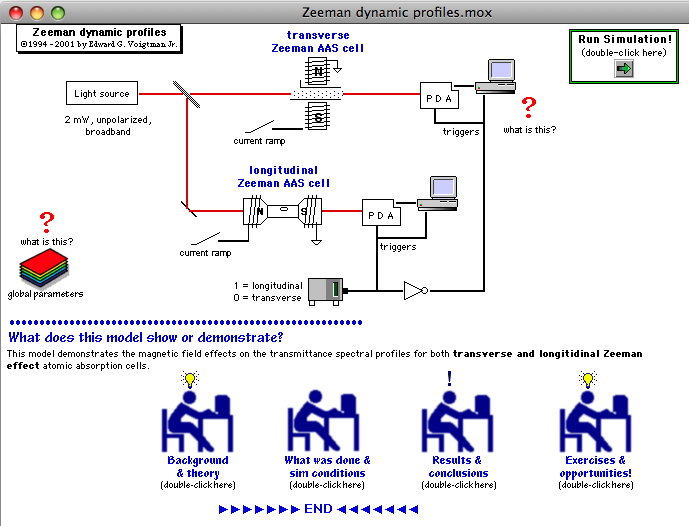 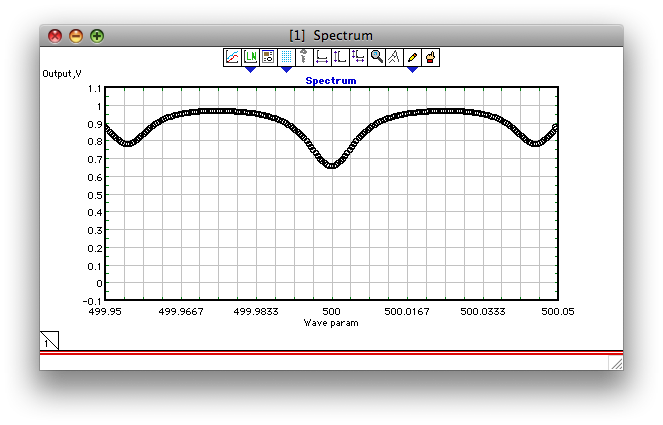 In the anomalous splitting situation, it is possible to have rather complex splittings, even neglecting hyperfine splitting complications, isotope effects, etc. In the simplest anomalous splitting, there are two $\sigma$ bands and two $\pi$ bands. The $\pi$ bands are spectrally shifted, but are still polarized parallel with the magnetic field. Their spectral shift is less than that of the $\sigma$ components. In the longitudinal Zeeman configuration, the magnetic field is along the light propagation axis, so there is no $\pi$ component to the absorbance because light cannot be polarized along its propagation direction. The two $\sigma$ components are circularly polarized, with opposite handednesses, and are spectrally shifted by an amount proportional to the strength of the applied magnetic field. The next figure shows the splitting for calcium, in the longitudinal Zeeman configuration: 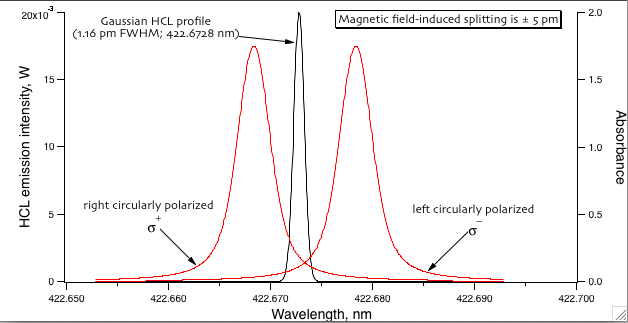 The Zeeman effects are useful for background correction because, by suitable use of polarizers and magnetic fields, the desired atomic absorbance can be effectively “turned off”. This makes it possible to perform a measurement where the absorbance measured is almost exclusively due to just the interfering background absorbance. As noted above, this measurement is one of the two needed for the differencing involved in background correction. Hope this answers your question.

10
How is plane polarized light rotated by chiral compounds?

2
Effect of dopant size on XRD peak shift
8
Wavelength extention in AAS
6
Determination of mercury in AAS
2
What is the role of a monochromator in AAS?
3
Is UV-Vis absorption polarization dependent ? Why?
1
Taking a procedure for ICP and adapting it to use with AAS
3
Why should AAS use element lamps?
3
Quantify the effectiveness of baseline correction in Raman spectra