We know some amino acids could go in ketogenosis path way ,some in glucogenic and some in both. I 'm wondering to know what the differences are between the amino acids that make this situation.

The amino acids may therefore be divided into two groups based on their catabolic pathways:

Strictly speaking, whether an amino acid is regarded as being glucogenic, ketogenic, or both depends partly on the observer. This classification is not universally accepted, because different quantitative criteria are applied will identify the degradation pathways by the entry point into metabolism.

I would also attribute to things like availability of feasible pathways, enzymes etc (for instance alanine is glucogenic because its transamination product, pyruvate can be converted to glucose via gluconeogenesis)

Some amino acids have more than one pathway for catabolism, which explains why four of the amino acids are listed as both glucogenic and ketogenic examples are Isoleucine, phenylalanine, threonine, tryptophan, and tyrosine): 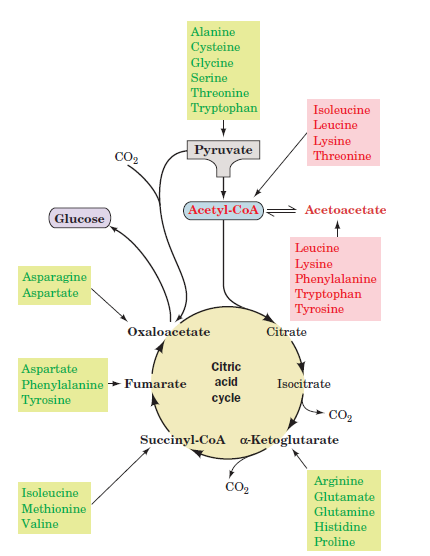 Below I will include snippets of degradation products of named amino acids: 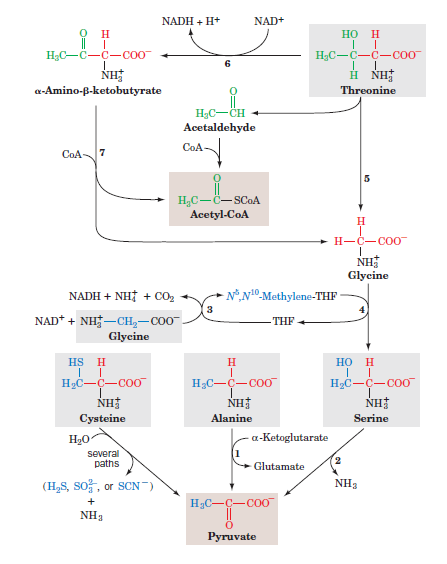 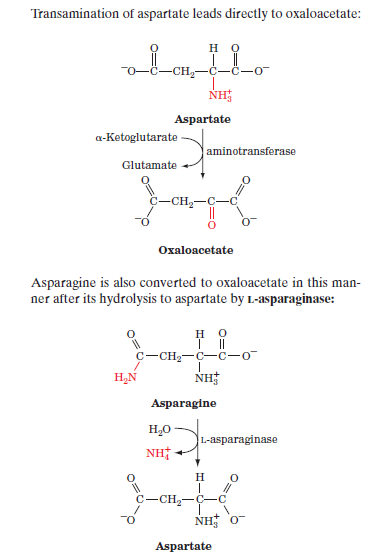 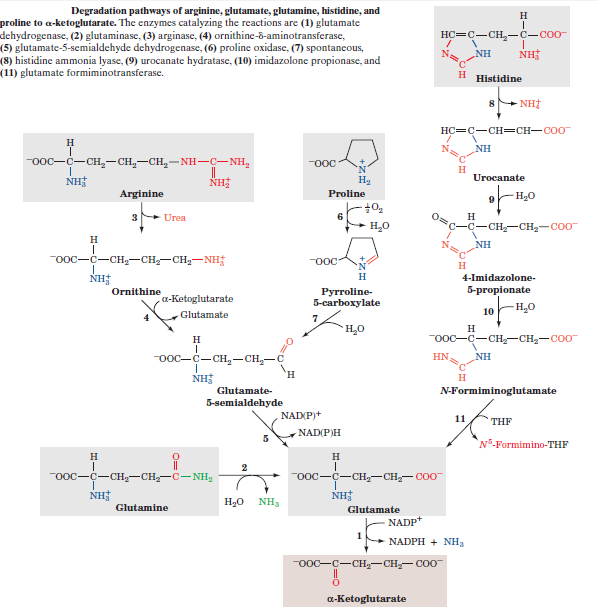 The reason I included these pathways, is to allow you to visualise structure, feasible metabolic pathways and enzymes so you have a clear picture on the differences between these amino acids.

Not the answer you're looking for? Browse other questions tagged biochemistry amino-acids or ask your own question.