How should I construct the orbitals of dilithium using only pen and paper?

For a week I have lessons about quantum chemistry and I have a trouble understanding how to arrive at the good answer for the drawing of the orbital $(\ce{III})$ for $\ce{Li2}$ (see the second picture).

In the first picture I did an example of my reasoning with a basic molecule such as $\ce{LiH}$ just to show you how I figure it must work.

And in case someone would like to mention it, yes I haven't drawn the $\mathrm{p}_x$ and $\mathrm{p}_y$ orbitals because it is not the point here. 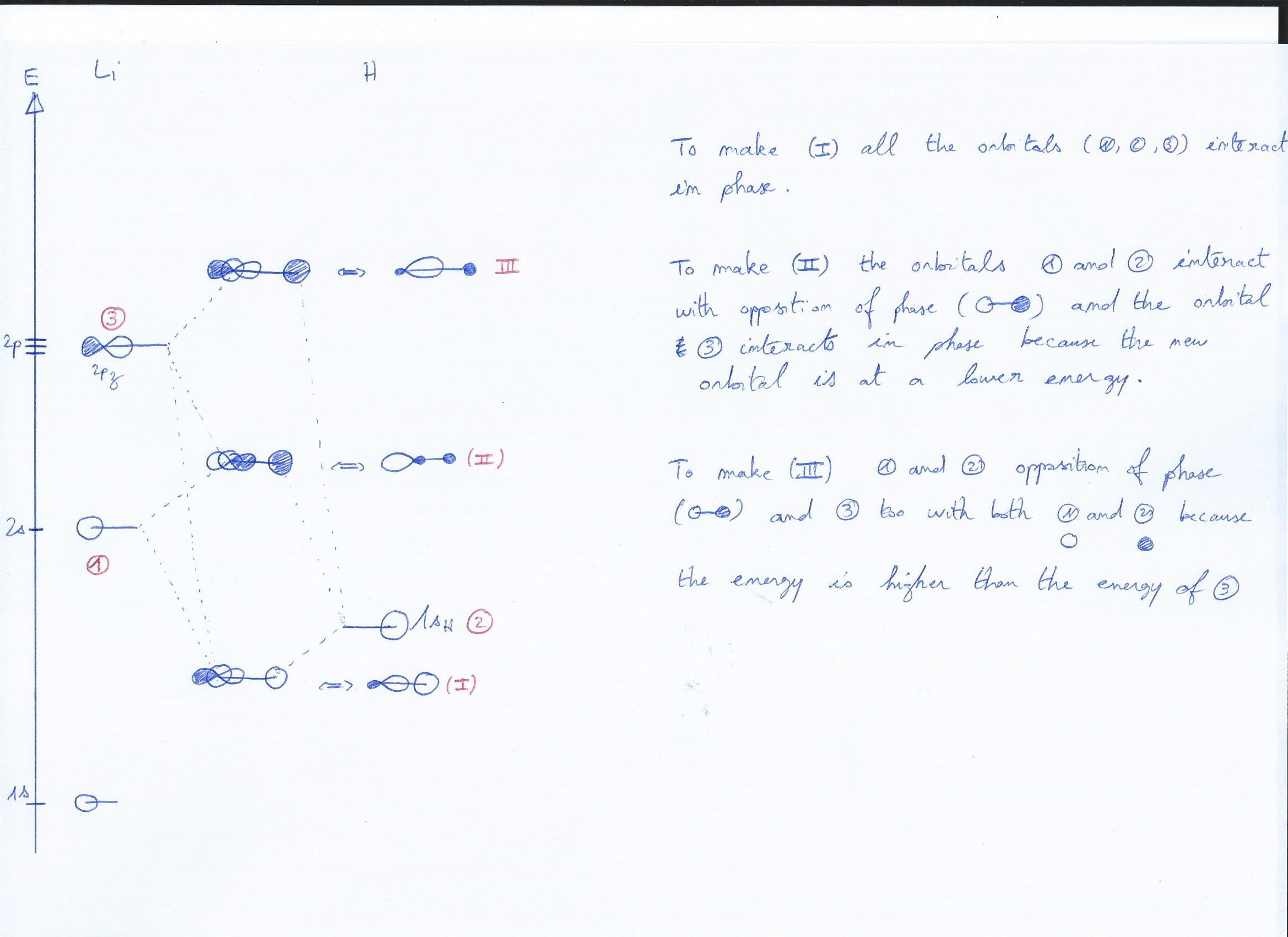 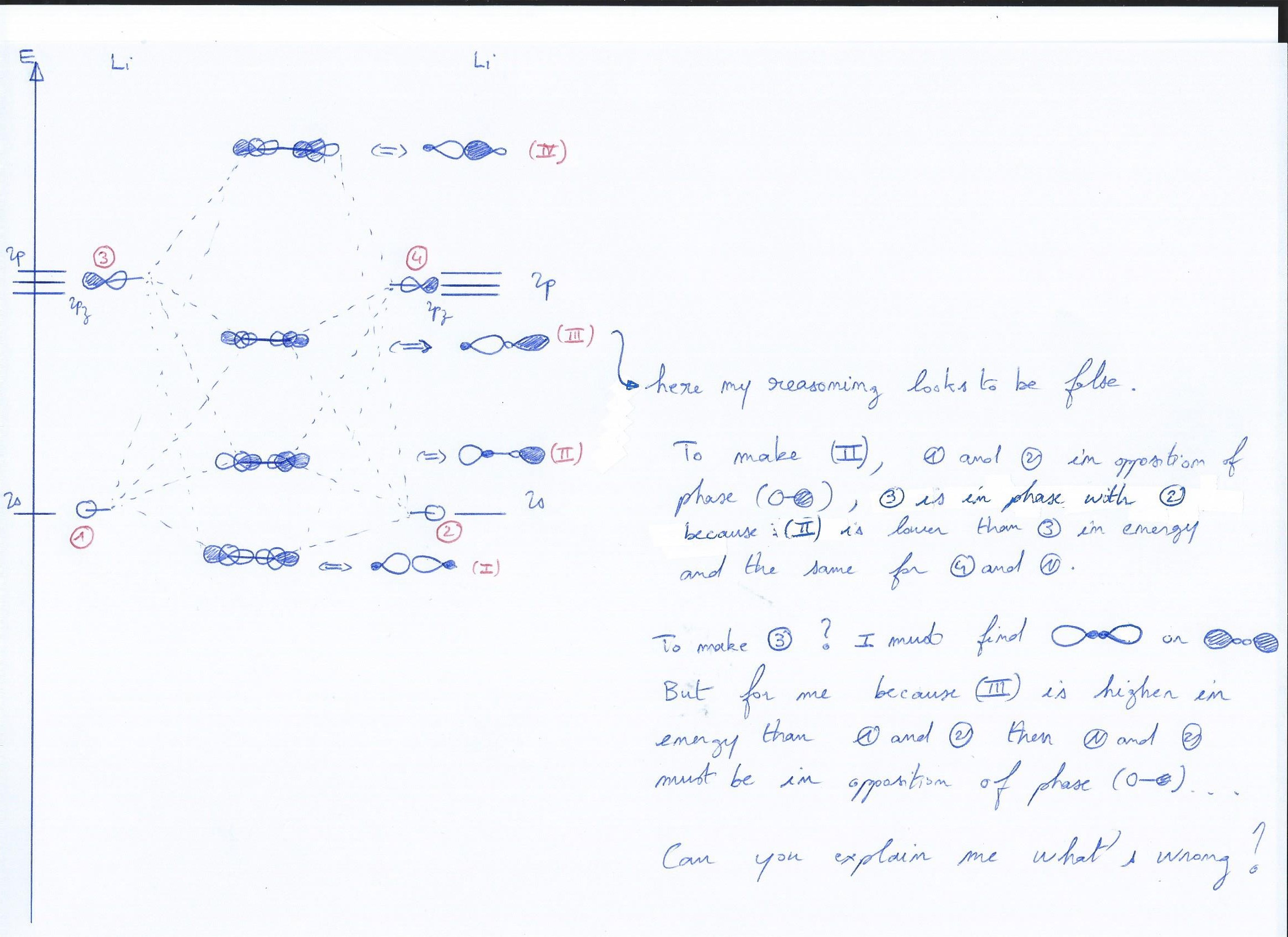 The question is on this last picture, if you have trouble to read tell me.

When combining orbitals, your first approximation should be to relate similar ones with similar ones. In this case, on each lithium (or nitrogen or fluorine) atom we have:

We should treat these separately initially, see what the results give us, and then think if we should combine them.

Fill in your electrons. You have two, which will end up in the lowest $\unicode[Times]{x3c3}_\mathrm{s}$ orbital.

Also note that any of this mixing must result in symmetric or fully antisymmetric orbitals with respect to the plane of symmetry perpendicular to the bond axis ($\sigma_\mathrm{h}$).

Taking all this and reviewing your picture:

If you want a shortcut, remember to consider s and p separately. Two s-orbitals mix as you know it from hydrogen, creating a very big spherish blurb and an antibonding double-sphere. Two p-orbitals mix to give something like your orbitals I and II (bonding and antibonding). The two s should be lower than both the p.

In a second step, you can mix the two bonding orbitals (and the two antibonding orbitals; but not bonding with antibonding) to add a little p-contribution to your s-type orbitals. However, the lower should clearly always remain an s-type (with a little p mixed in).

14
What are point groups and the benefits of using them?
1
How do i make an molecular orbital diagram step by step?

6
MO-Scheme of SCN- and its bonding properties when used as a ligand
3
Draw a simplified MO diagram for the pi system of Methyl vinyl ether
5
How to calculate the oxidation state and the number of equivalents oxidized with YBa₂Cu₃O₇
4
How are the hydrogens attached to the nitrogen atom in the ammonium ion?
3
How do I determine the number and order of ligand orbitals?
6
Platinum Orbitals in Cisplatin Forming Bonds with LCAOs of Chlorine
6
What is the correct molecular orbital diagram for the d orbitals in platinum for the tetraammineplatinum(II) complex?