What is this colorless ferric solution?

I made a solution of iron acetate by placing steel wool in one litre of acetic acid (vinegar $5\%$) and adding a few tablespoons of hydrogen peroxide of questionable age. The solution turned a nice brown almost instantly upon shaking. 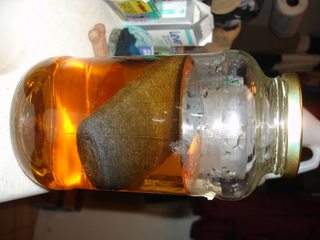 I left it overnight and it lost its colour while forming a white precipitate: 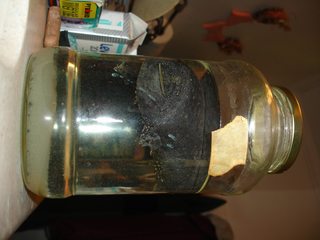 I added some more peroxide (new, good peroxide this time), and the moment the peroxide hit the clear an colorless solution it looked like dark red-brown food-coloring! Unfortunately I could only get out my camera fast enough to make the following photo: 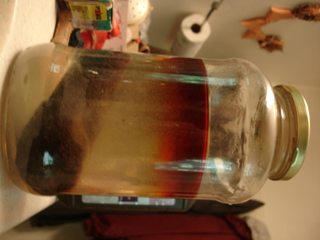 I squeezed the air out of the steel wool before the above picture, which caused it to sink (noted this so you don't think something of its sinking). Added one-fourth cup hydrogen peroxide and shook: 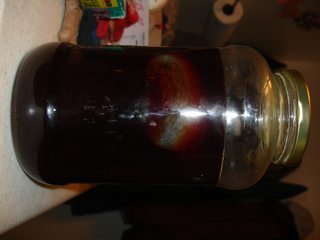 With a flash from the top: 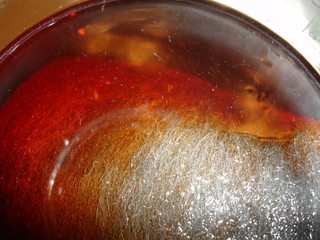 Held up to the light: 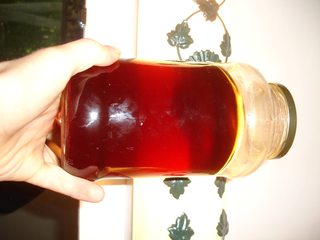 It is the clear an colourless solution in the second picture that I am not certain as to its composition. Any assistance will be appreciated in identifying that solution.

Since your solution is acidic (from the acetic acid), you cannot have any carbonates; they react with the acid and carbon dioxide bubbles off.

When you left steel wool in vinegar, iron reacted with acetic acid to produce ferrous acetate and HYDROGEN. The so produced NASCENT hydrogen is very strong reducing agent and it reduced the earlier formed brown ferric acetate (due to the presence of H2O2) ---> to ferrous acetate. This explains the loss of reddish brown colour.

I would like to add to the previous answers a Pourbaix Diagram, which demonstrates the transition mentioned between ferous and ferric ions as the electrochemical potential or redox properties of the solution change. Source This diagram suggests that the solution does indeed have a pH comparable to that of Vinegar which is pH=2.4 The H2O2 should not affect the pH, but rather the oxidation state (vertical axis below) from Fe+2 to Fe+3. 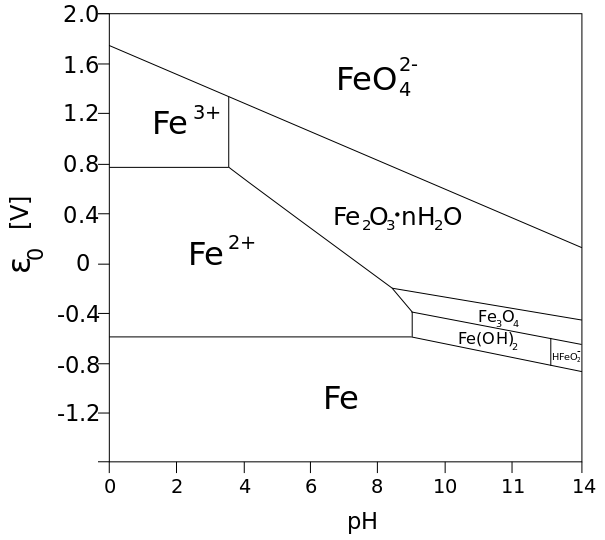 Not the answer you're looking for? Browse other questions tagged inorganic-chemistry everyday-chemistry or ask your own question.

6
Can I synthesize iron acetate like this?
21
Iron chemistry: acetates for ebonizing wood
2
What explains the stark white colour of my iodometric titration analyte solution?
1
How can I dissolve a precipitate when stuck to the side of a boiling flask
1
How can I purify Ferric or Ferrous acetate with a very basic lab?
2
Which is a dye: Ferric Acetate or Ferrous Acetate?
5
Why did ammonium chloride fumes turned pink in this synthesis?
2
Why does green ferrous sulfate solution change color to yellow upon addition of hydrochloric acid?