Why is geminal coupling weaker than 3-bond coupling in complex coupling? It would make more sense that atoms that are closer to each other influence each other more. Take methyl acrylate for example. The $\mathrm{H_a}$ is causing the bigger split, and the $\mathrm{H_b}$ the smaller ones. Why? 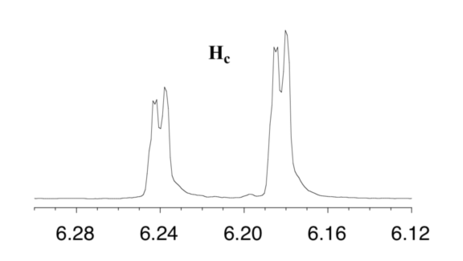 Martin Karplus (who got a nobel prize for completely different work) is most well known in the NMR community for his theoretical work relating the values of J coupling to bond angles, bond lengths, electronegativity of substituents, etc. In other words, there's no reason that 2 bond coupling is necessarily larger (or smaller) than a 3 bond coupling – the exact values will depend on the functional group and local geometry of the molecule. Most organic chemistry texts describe a highly simplified Karplus relationship (ignoring all effects except for bond angles) for 2-bond and 3-bond J values. I've attached two common examples. 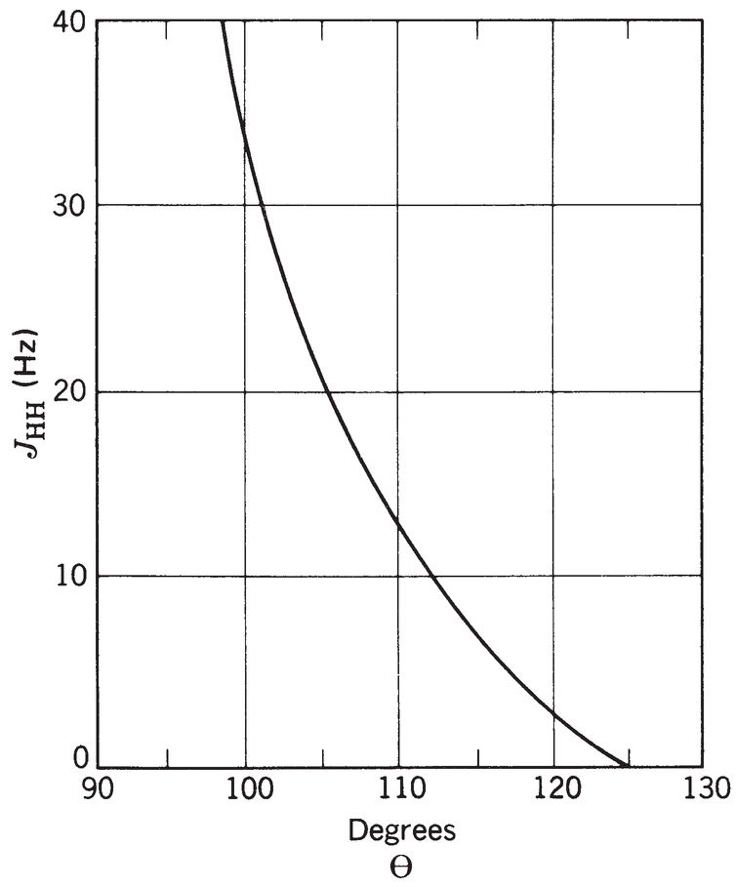 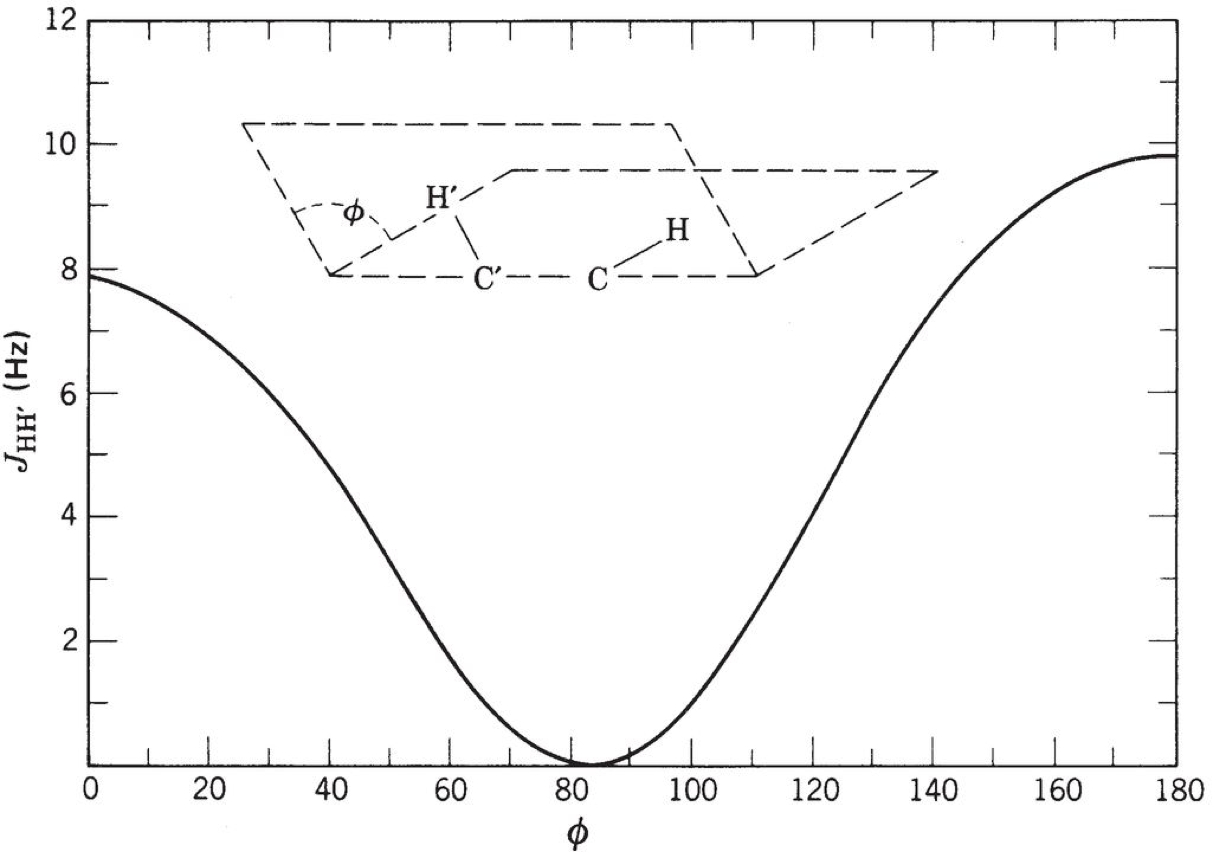 Qualitatively, this matches what we observe quite well. Quantitatively, we quickly run into a lot of problems. Many axial-axial couplings are 12-15 Hz and the J coupling observed in alkenes typically deviates quite a bit from the predictions given by these graphs. Again, these graphs are grossly oversimplified - the real theory would fold in information about nearby substituants and steric effects, etc. However, you'd then need run a bunch electron structure calculations and average these over many different conformations, etc. So most people just live with the qualitative nature of these graphs to rationalize the patterns that they see.

12
Why is proton coupling through bonds and how does this affect identical protons?
3
Why do NMR coupling constants change with temperature?
7
NMR Splitting for Adjacent, Equivalent Hydrogens?
5
Carbon-13 NMR for chloroform
12
Why do electronegative atoms depress coupling constants?
12
Does the dipole moment increase or decrease by increasing the bond length?
15
Where does magnetic inequivalence come from?
26
Explanation for the trends in nucleophilicity—Orbital interactions or electrostatic attraction
2
NMR: How the relaxation times T1 and T2 depend on the correlation time / amount of molecular tumbling.