Determination of structure by 13C and 1H NMR spectroscopy 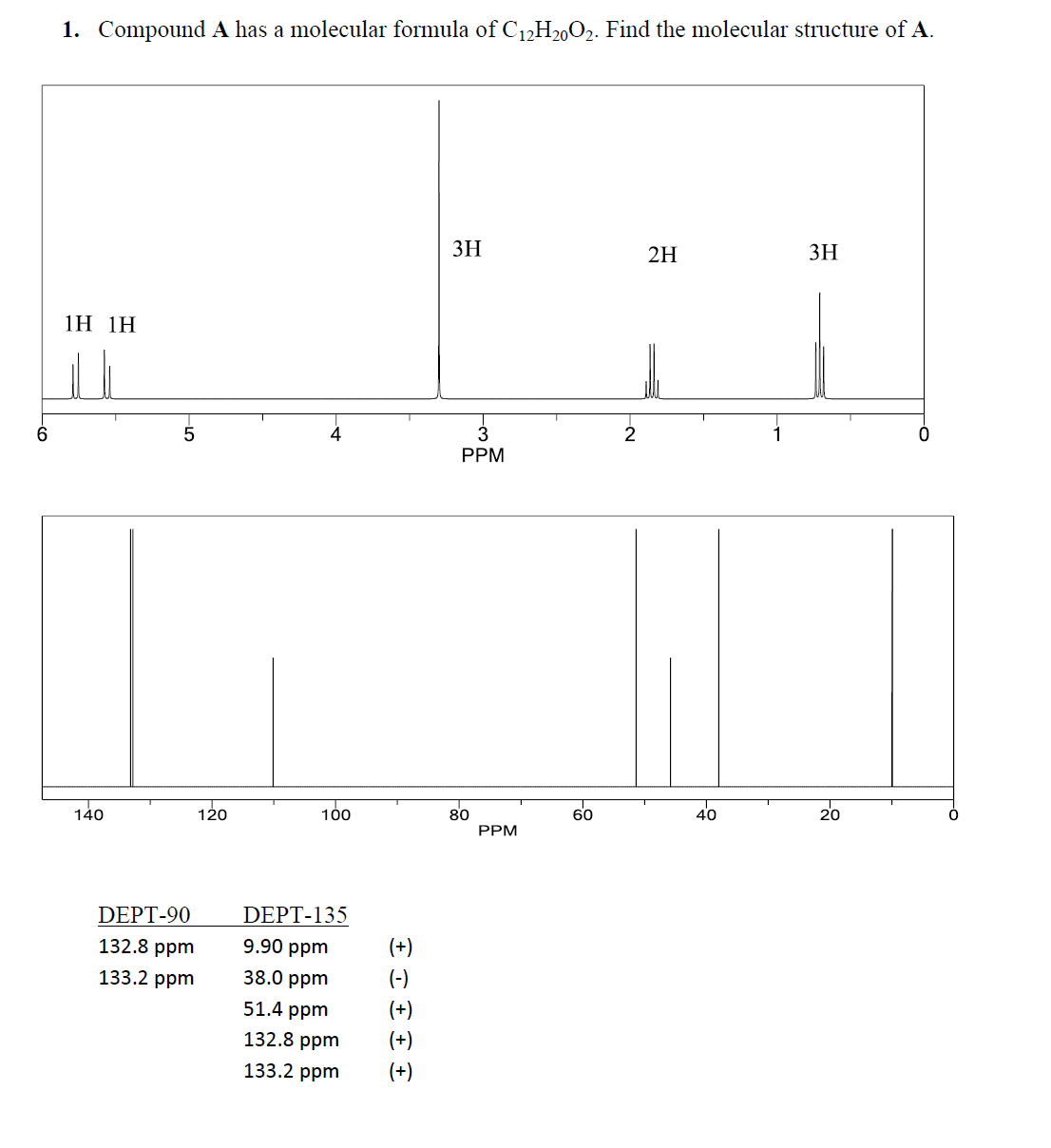 I've come up with the structure below but I feel like there is not enough information to be sure. What should I need to consider to go further at this point? 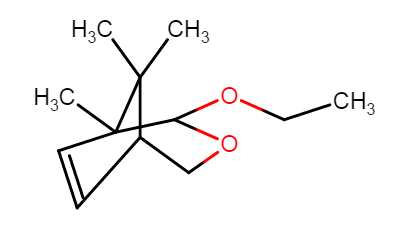 organic-chemistry spectroscopy nmr-spectroscopy
Share
Improve this question
edited May 7 '20 at 9:54

This is a tricky little problem, given there is an element of symmetry to consider. As mentioned in the comments, once you come up with a proposed structure, and your one is not a bad first attempt, you should go through and test the spectrum against what you would predict from your structure. Unfortunately, in your suggestion, there are 4 non-equivalent $\ce{-CH3}$ environments, and the spectrum only shows two, so we can eliminate that structure as a possibility. But don't be disheartened — that is the process of structure elucidation! Propose a stucture, test it, refine or eliminate it. And then start again.

We can construct the $\ce{-CH2CH3}$ spin system based on coupling, and the chemical shifts of the two downfield protons indicate a double bond (and, using some old tricks of the trade, looks to be cis — the splitting here is much less than about $14~\mathrm{Hz}$, which would be the expected splitting between the outside lines of the methyl triplet). The $\ce{CH3}$ at about $3.3$ is in the general ball park for a methyl ether, I'd say.

That gives us 10 protons, but the molecular formula says $\ce{H20}$ … so we must have symmetry in there somewhere which gives us:

So, looking at the carbon spectrum:
I count 7 carbon peaks.
From the proton information, we have 5 $\ce{C}$ environments, each appearing twice, which gives a total of 10 carbons. The other 2 carbon environments occur once only in the molecule.

We know (or should know) what the non-quaternary carbon cantres all are. We worked that out from the $\ce{^1H}$ spectrum. So let's concentrate on the quaternaries. The peak at $110$ is interesting, and is typical of a carbon centre attached to 2 oxygens. Many sugars have carbons that come around this area. The other quaternary at about $47$ is typical of an aliphatic quaternary; not overly exciting.

So somehow we need to construct a molecule that has 2 non-equivalent quaternary centres that have a plane of symmetry through them, with the $\ce{-CH2CH3, -OCH3}$ and $\ce{-CH=CH-{}}$ attached. Each of these three spin systems must be isolated, otherwise we would see coupling to the vinylic protons.

As this is clearly a homework question, I'll leave it to you to piece together, and ask further questions if you need, but my answer gives the exact same predicted spectra in ChemDraw as your spectra.