Why so few fluid phases?

Taking a look at the phase diagram of water 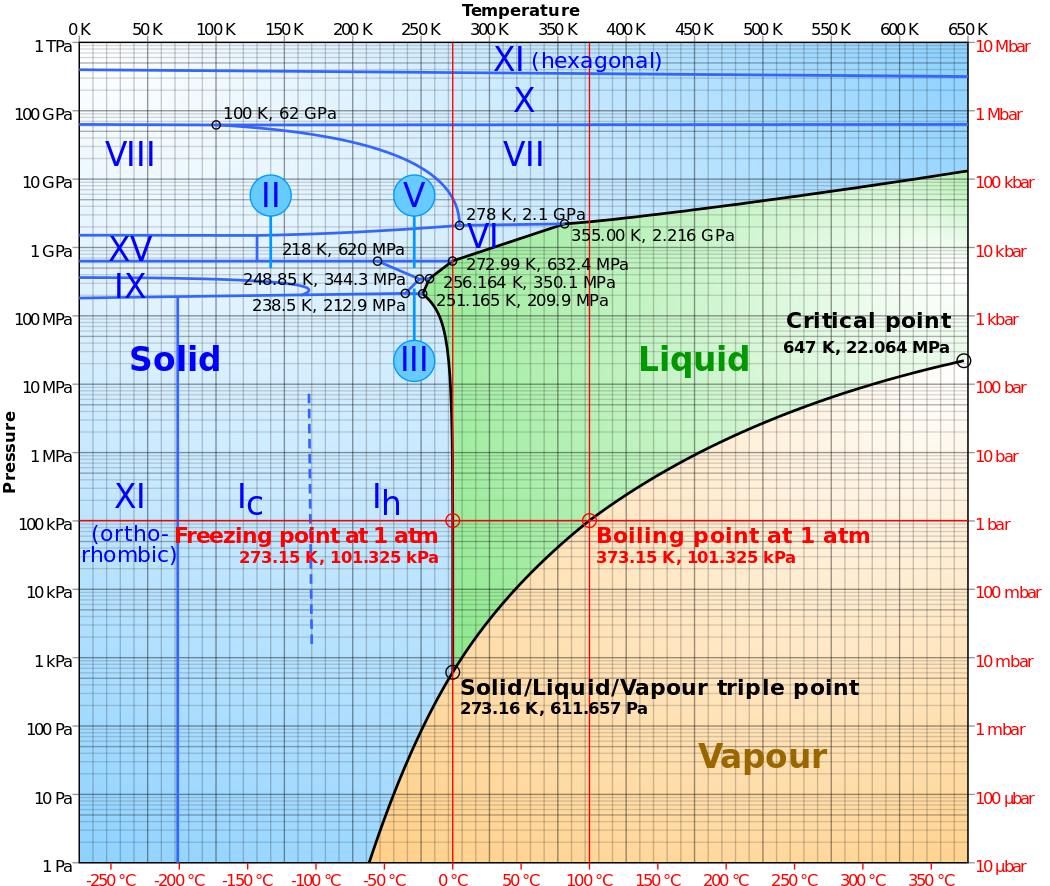 I see ice phases as much as up to 'Ice XI', but only one 'liquid' and one 'vapor' phase. Why is this? Either there are many ice phases, or too few liquid phases relatively.

The latter seems to be the case as it seems to be consistent with other substances. No matter what number of solid phases you get, there is usually only one liquid and one vapor phase.

Why are there so few common$^1$ fluid phases? What is the physical explanation for this?

1: For the sake of not complicating the answer too much, please ignore more exotic phases such as mesophases etc. If, though, your answer benefits from relating to them without confusing the reader too much, by all means $\ldots$

The solid (crystalline) state is defined by structure, for which there can be many. Liquid means loss of long range order, unless you talk about liquid crystalline, where orientational, but not positional long range order, is partially retained. In the gas phase, also short range order is lost.

So, in the liquid or gaseous state, phases can only differ by the molecular structure of the constituents. For water, that leaves only one stable possibility. Sulfur has a few different molecular modifications, but they're hard to separate and they tend to interconvert, so they're not really phases.

There are a few liquids with two phases which differ not in structure but in quantum states. Helium I and II are an example, para and ortho hydrogen another.

4
Does any compound exist with multiple liquid phases?

4
Structures present in liquid water
21
Why must both the critical temperature and pressure be exceeded to achieve the supercritical phase?
5
When dispensing liquid nitrogen, why does the surface get wet rather than frozen?
4
Does any compound exist with multiple liquid phases?
3
How can water exist in three states in freezing point?
39
Which "exotic salt" can lower water's freezing point by 70 °C?
2
Is it possible to have only liquid in a closed container?
4
How is a phase equilibrium defined for a one-component system?
1
Phase rule for a pure substance in vapor-liquid region