Why is the magnesium(II) ion preferred over other ions in chlorophyll?

Chlorophyll in plants has two main functions. First, it facilitates energy transfer of an absorbed photon's energy via the many other chlorophylls that constitute the antenna pigment-protein complex to the reaction centre. This means that with $> 95~\%$ efficiency the energy of a single absorbed photon reaches the reaction centre which consists of a dimer of chlorophyll molecules (the special pair), two pheophytins ($\ce{2H}$ replace $\ce{Mg}$) and two other chlorophylls. The second role is in electron transfer. Electron transfer begins from the excited special pair and the electron is passed to other nearby chlorophyll and pheophytin molecules and then to quinones/iron sulfur complexes depending on the particular type of reaction centre. The exciton interaction between the two chlorophyll in the special pair means that it can be treated as a single entity. This interaction lowers its excited state energy and so traps the energy arriving from the antenna.

It is possible to make chlorophylls with other metals instead of magnesium, but if these contain heavy or paramagnetic ones they will competitively quench the chlorophyll's excited state (via a spin-orbit coupling or 'heavy atom effect') and reform the ground state. Consequently very little if any energy transfer will occur. This means that insufficient energy will reach the reaction centre and so the efficiency of photosynthesis will be dramatically reduced.

Magnesium chlorophyll has a unique property which is that the absorption and emission spectra overlap exceptionally well meaning that energy transfer to nearby molecules by the Forster (resonance) mechanism is very favourable. As shown in the figure below the energy may move among $\approx 100\ \ce{Chl}$ molecules and reaches the reaction centre in a few ($ < 10\ \mathrm{ps}$) picoseconds. This means that light harvesting antenna have very poor fluorescence yield since most of the absorbed energy reaches the special pair, where is quenched, before a molecule has had a chance to fluoresce because the Chl fluorescence lifetime is $\approx 5\ \mathrm{ns}$. Changing the central metal will change the absorption and emission spectra, most likely in a way to be less effective at energy transfer simply because magnesium chlorophyll has almost the best possible overlap of absorption and emission spectra of any molecules.

The energetics of electron transfer are very delicately balanced. The electron has to move from the excited special pair to the final acceptor (say a quinone) through the steps $\ce{(Chl)_2^* -> Chl -> Phe -> Quinine }$ with as high an efficiency as possible (the whole process takes only $\approx \pu{250ps}$ in bacteria, and ten times faster in plants), but the rate of each back reaction on each step has to be as low as possible. Other metals in Chl will change the redox and even a change of $0.1~\mathrm{V}$ will be important, and so make this process less efficient. The reason for this is that in normal photosynthesis electron transfer is almost at the peak of the Marcus rate vs. free energy curve, thus increasing or decreasing the exothermicity will make the electron transfer less efficient.

All of this illustrates that photosynthesis is, via natural selection, highly adapted, and so small changes can have dramatic effects. Under different conditions, it may be possible for alternative schemes to do the same job. 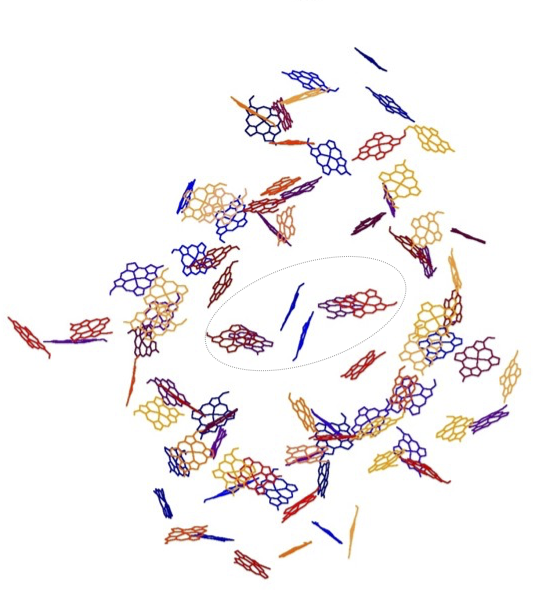 Magnesium ions tune the electronic properties of the tetrapyrole ring of chlorophyll. Why would the delicate photosythetic machinery fail if magnesium was substituted with calcium or zinc ions?

My bet is that magnesium has been selected over millions of years of evolution because of its availability and solubility: it is five times more abundant than calcium in sea water. Zinc is much more scarce.

Keep in mind that plants contains loads of chlorophylls, so as to harvest all the photons they can.

So there are two parts to this story:

The chlorophyll–heavy metal complexes may cause an impairment of the photosynthetic function and this, as a final consequence, may lead to death of the plant

although, that paper only looks at in vivo replacement. They also conclude that copper actually replaces the magnesium, wheras zinc may not:

Both copper and zinc form complexes with chlorophyll, but with different affinities. While the Cu–Chl complex is predominantly formed by replacement of the central Mg-atom of chlorophyll (“central complex”) with copper, zinc is much more engaged in the formation of a cyclic 6-membered peripheral chelate (“peripheral complex”), playing a coordinating role between two O-atoms

2) There are other tetrapyrrole compounds that bind to other metals. Haems bound to iron, corrins bound to cobalt, etc. Chlorophyll-c actually has a porphyrin ring, rather than a chlorin ring.

There's at least one study of a mutant that has zinc-bacteriochlorophyll where they report that:

Spectroscopic measurements reveal that Zn-BChl also occupies the H sites that are normally occupied by bacteriopheophytin in wild type, and at least 1 of these Zn-BChl molecules is involved in electron transfer in intact Zn-RCs with an efficiency of >95% of the wild-type RC

however, they report that the mutant does not grow, perhaps because there are not enough of these Zn-BChl molecules formed. This research comes out of the lab of J. Thomas Beatty, and the latest paper is here - they describe a crystal structure : http://www.rcsb.org/pdb/explore.do?structureId=4n7k.

I am not aware of any naturally occurring non-Mg chlorophylls.

The fundamental concept that you seem to be missing is an understanding of chelation. In chelation a molecule has multiple sites which bind to some atom, usually a metal cation to form a coordination complex. If the chelate can forma 2D of 3D hole for the ion, then it may be very specific for a particular ion since the charge, ionic size, and coordination symmetry are defined. So the gist is that the "hole" in the Chlorophyll molecule is "tuned" for $\ce{Mg^2+}$. 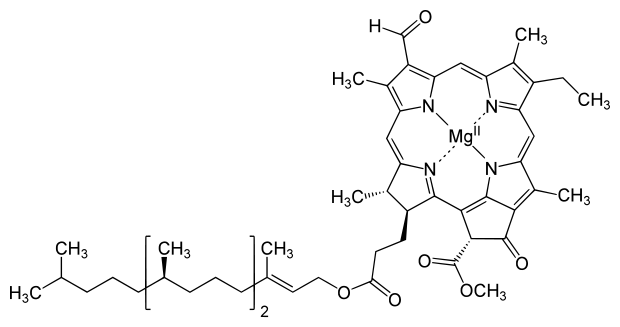 The radii are from Wikipedia where you can sort the table on the +2 cations.

Note that in the chlorophyll molecule the chlorin group participates in an oxidation-reduction reaction to function. So the functionality chlorophyll of depends on more than just binding.

The other answers have hit on some key details, but haven't given all the details needed to properly answer your question which is the functional importance of $\ce{Mg^2+}$ in chlorophyll. I'll address that after first reiterating the importance of ion size for binding.

Looking at the data presented in MaxW's answer, it's quite easy to see that the only two feasible ions are $\ce{Mg^2+}$ and $\ce{Zn^2+}$ based on their radii. This is because there is only so much space in between the tetrapyrrole ring for an ion to fit.

So why not zinc then?

Zinc is fairly inert because it has a full $\ce{3d}$ shell and thus likely would not bind very strongly or at least as strongly as $\ce{Mg^2+}$, thus I would expect magnesium to out-compete zinc for the binding site.

The point which hasn't been addressed here is the fact that chlorophyll must fulfill a specific purpose. This purpose is to absorb photons and transfer this energy to photosystems which then use the energy in ways that I don't really know about.

Nonetheless, any ion which is present in chlorophyll must have an absorbance spectrum which closely matches the radiation spectrum of the sun because that's the only light the plant has to work with.

First, below is the blackbody radiation curve of the sun, i.e. the distribution light colors that are reaching us on earth.

You'll notice that this has a peak near the blue-ish portion of the spectrum, but really we're just getting a lot of visible light from the sun. Ok, now let's see the absorbance spectrum of chlorophyll. There are actually several types of chlorophyll which all differ slightly in structure, but the most common are chlorophyll a and chlorophyll b.

This is a spectrum in vitro which tightens the peaks a bit compared to in vivo, but the maxima are the same.

As we can see, there are two absorbance maxima for both forms of chlorophyll. One in the blue region of light and another in the red. This is advantageous because it means for a single structure, we absorb a large portion of the light being sent by the sun because we're sampling from two parts of the blackbody distribution.

The two structure also do a good job of not overlapping but still absorbing visible light.

This gives another reason why magnesium is present instead of zinc. Because zinc has a full $\ce{3d}$ shell, it tends to form colorless complexes which would be pretty useless for transferring energy to the photosystems.

Also, this is why people who grow plants indoors often use blue light or red light only when growing the plant.

Not the answer you're looking for? Browse other questions tagged inorganic-chemistry biochemistry ions coordination-compounds or ask your own question.

2
About combining a cation and an anion
4
Why do ligands have such a small effect on overall absorption of a complexed ion?
2
Why can't electrons be transferred using hydrogen ions?
2
Are there ion combinations which can't be separated using the ion exchange resin method?
4
Why is kerosene preferred over other non-polar solvents to store sodium in?
5
Why does water split into ions?
4
Why are fluoride ions (and ions in general) reactive?
3
Extracting metallic magnesium from cholorphyll
0
Why are some ions mutagenic and others are not?