Prediction of surface atoms in molecule from its graph

If we are given a molecular graph i.e. al the atoms involved and their connectivity, how can we make reasonable prediction if the atom would lie in the surface or in the inner part. On way might be check it degree (how many atoms it is bonded to), higher the valency higher it surface accessibility.

I will most of the time have small molecules (drug molecules) which have in average 50 atoms. My broader interest is to find out which atoms directly affect the activity of the molecule more than the other. Probably, atoms lying at surface have more role to play. Any other suggestions aimed at this identification would be helpful.

The Quantum Theory of Atoms in Molecules (QTAIM) provides a fairly unambiguous answer. First, I would like demonstrate the concept of an Atomic Basin. A region of space belongs to a given atom if the steepest ascent path through the electron density terminates at that atom. Consider a plane that contains the nuclei of the water molecule: 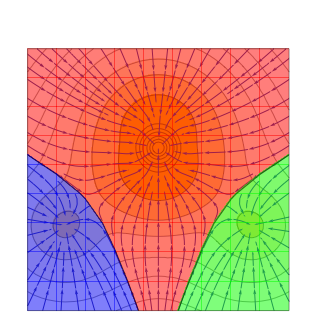 and the atomic basins could also be represented in 3D: 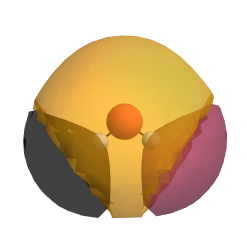 These atomic basins are the QTAIM definitions of ATOMS in MOLECULES. Note that there are gradient paths for each atom that extend to infinity, hence each atom could be considered an "external atom." (This is a quite trivial case, of course.)

Now consider formamide in this configuration: 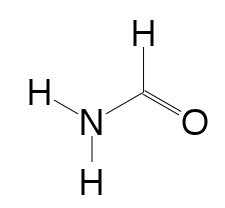 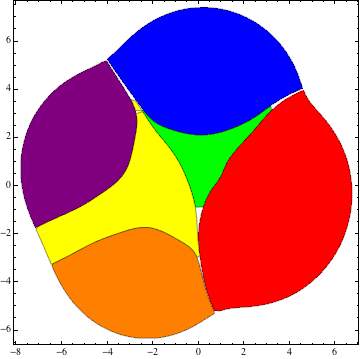 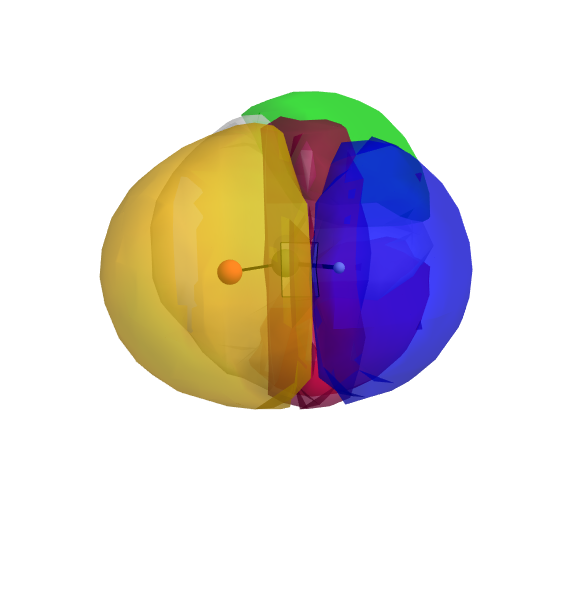 This is a completely general concept, and so can be extended to any scenario. Here is a molecular graph of thiol on a silver cluster (meant to mimic a surface) (note the bond paths unambiguously show which atoms are bonded to what, even for C-Ag, S-Ag, H-Ag interactions where these "cooked-up" rules of hybridized bonding and "valency" are totally out of their league): 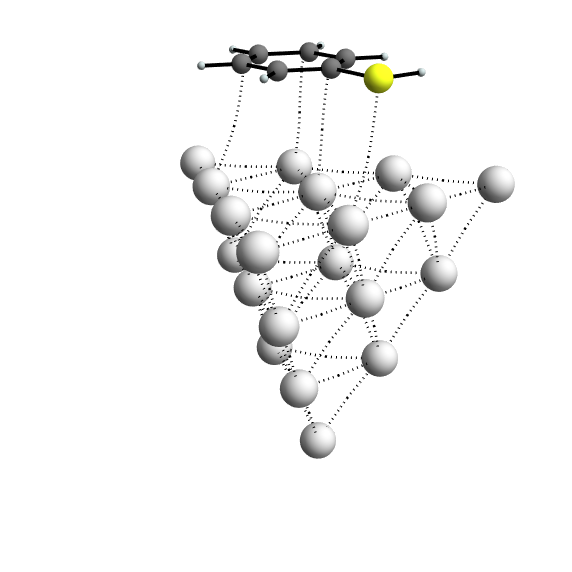 Plotting the atomic basins is just an exercise: 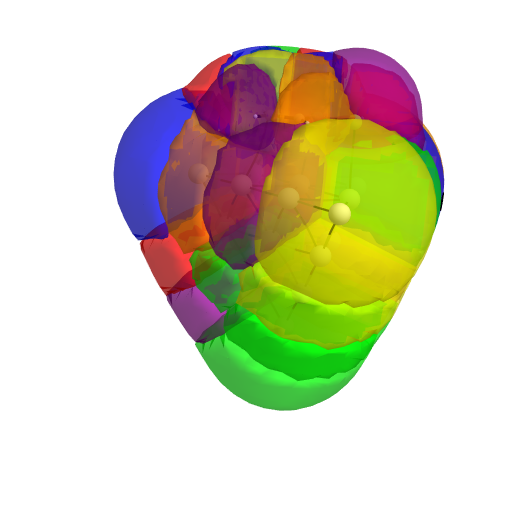 The final answer: you can define "interior atoms" as QTAIM atomic basins that do not have steepest ascent trajectories starting at infinity that terminate at that atom, such as an interior silver atom in the above example. If you are conceptually separating a system into a substrate and an adsorbate, then you could say "exterior" atoms of the substrate include the ones that have bond paths connecting the two.

I must caution that as two or more atoms approach each other, their atomic basins change their shape. (Of course they do!) And so one must consider the possibility that atomic basins of "exterior" atoms move out of the way and lead to exposure of what was, in isolation, an interior atom.

(PS: the atomic basins of peripheral atoms actually extend to infinity. Here, I have applied cutoffs so that one can actually plot the molecule in a finite region of space.]

Not the answer you're looking for? Browse other questions tagged organic-chemistry molecules surface-chemistry medicinal-chemistry qtaim or ask your own question.

3
How different are molecule with same connectivity
3
Approximation of electron density of a small molecule
1
How can I detect a specific molecule on a surface?
2
Do bond energies differ for surface and bulk atoms in nanoparticles?
1
Are hydrogen atoms in acetone molecule acidic?
1
Finding the Freundlich adsorption isotherm from the graph of log(x/m) v/s log(p)