In NMR Spectroscopy why use absorption and dispersion components of the FID spectrum rather than magnitude and phase?

In chapter 4 of Dr James Keeler's book 'Understanding NMR spectroscopy' (http://www-keeler.ch.cam.ac.uk/lectures/Irvine/chapter4.pdf) he explains how to calculate the expected spectrum of a FID signal. In this chapter he analyzes the real and imaginary (absorption mode and dispersion mode) parts of the FID spectrum. This doesn't make sense to me. What is the physical interpretation of absorption mode and dispersion mode? Why not just rewrite the spectrum in polar coordinates and consider the magnitude and phase separately?

From your last question I think you understood this already, but it is worth repeating.

Aside: Why is the FID a set of complex points?

While all the values that we can detect are real (we cannot detect imaginary current in the receiver coil), we can consider values detected in different directions. Taking the static magnetic field of the spectrometer as the $z$ direction, we can measure the $x$ and $y$ components of the NMR signal. Mathematically, the $x$ and $y$ components can be equivalently expressed as the real and imaginary component (and you gain some conveniences with the Fourier transform if you do so)

Detecting the $x$ and $y$ components of the NMR signal is known as quadrature detection (Keeler, section 5.6), and it is used in order to be able to distinguish between frequencies that are offset from the carrier frequency with different sign. As Keeler describes, instead of fitting two coils to detect the $x$ and $y$ components of the FID directly, it is achieved by phase shifting the receiver reference frequency in real spectrometers.

What is the physical interpretation of absorption mode and dispersion mode?

The pure absorption part represents resonant frequencies of the nuclear spins in your sample.

The pure absorption part of the spectrum is what NMR spectroscopists would use as the NMR spectrum. Signals in the absorption mode occur at distinct frequencies for a particular isotope within a particular sample at a particular magnetic field, which is compared to a frequency of a known reference substance (same type of nucleus, same field/spectrometer, etc). The difference between these two frequencies is the chemical shift, in units of parts per million (ppm) Hz. The chemical shift values for most/all of a particular isotope is the parameter that is reported most commonly in NMR experiments.

Just as the imaginary part of the FID is just the real part of the FID with a phase shift, after Fourier transform, the dispersion mode spectral lineshape has in principle the same information as the absorption mode lineshape. Its presence is mostly for signal processing purposes, but mostly done in the background and not displayed to the user. It is also not commonly used as the "result" of the NMR experiment because it can be hard to determine the accurate chemical shift if the signal does not return to baseline on both sides of the signal, which is exacerbated by the long (positive and negative) "tails" either side of the dispersive mode lineshape. The long "tails" also mean that signals are more likely to overlap each other and the resolution is therefore worse. Some more advanced NMR experiments generate a mix of absorptive and dispersive lineshapes "by default" (called a phase twist), and much effort goes into coming up with strategies to recover the absorption mode lineshape. (Example: 2D NMR spectroscopy, see Keeler chapter 7, section 7.6.2)

Why not just rewrite the spectrum in polar coordinates and consider the magnitude and phase separately?

It is possible to do this. But you will get back magnitude/phase lineshapes that is very similar to the real/imaginary (phase-sensitive absorption/dispersion) lineshapes.

The magnitude spectrum can be calculated by $\operatorname{Re}^2 + \operatorname{Im}^2$. We know that the absorptive lineshape should be completely positive and the imaginary part is more or less the same information but half positive, half negative with long tails. The effect of squaring both and adding them together means that you get something that looks mostly like the absorption lineshape with more signal to noise, at a cost of generating positive long tails from the squared imaginary part, which reduce the spectral resolution.

This is actually a (now somewhat old-fashioned?) technique to address the problem of phase twist in 2D spectra.

The phase spectrum can be calculated by $tan^{-1}\frac{\operatorname{Im}}{\operatorname{Re}}$. No one uses this in NMR (as far as I know!), but we can visualising it by considering what it looks like at different points. 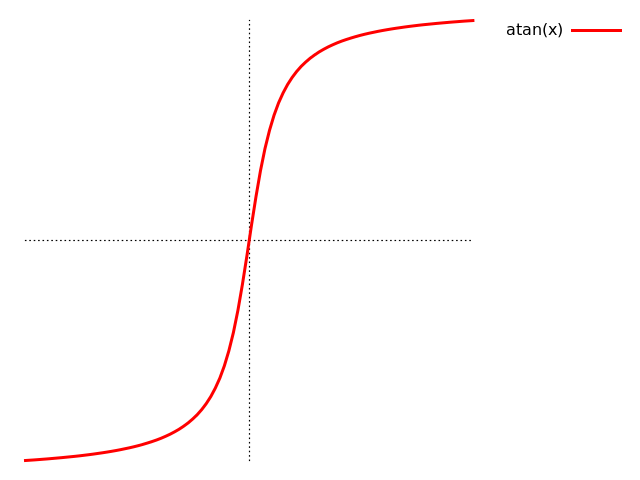 Assuming that the signal in the absorptive/dispersive lineshapes is also centered at zero, you get something like this: 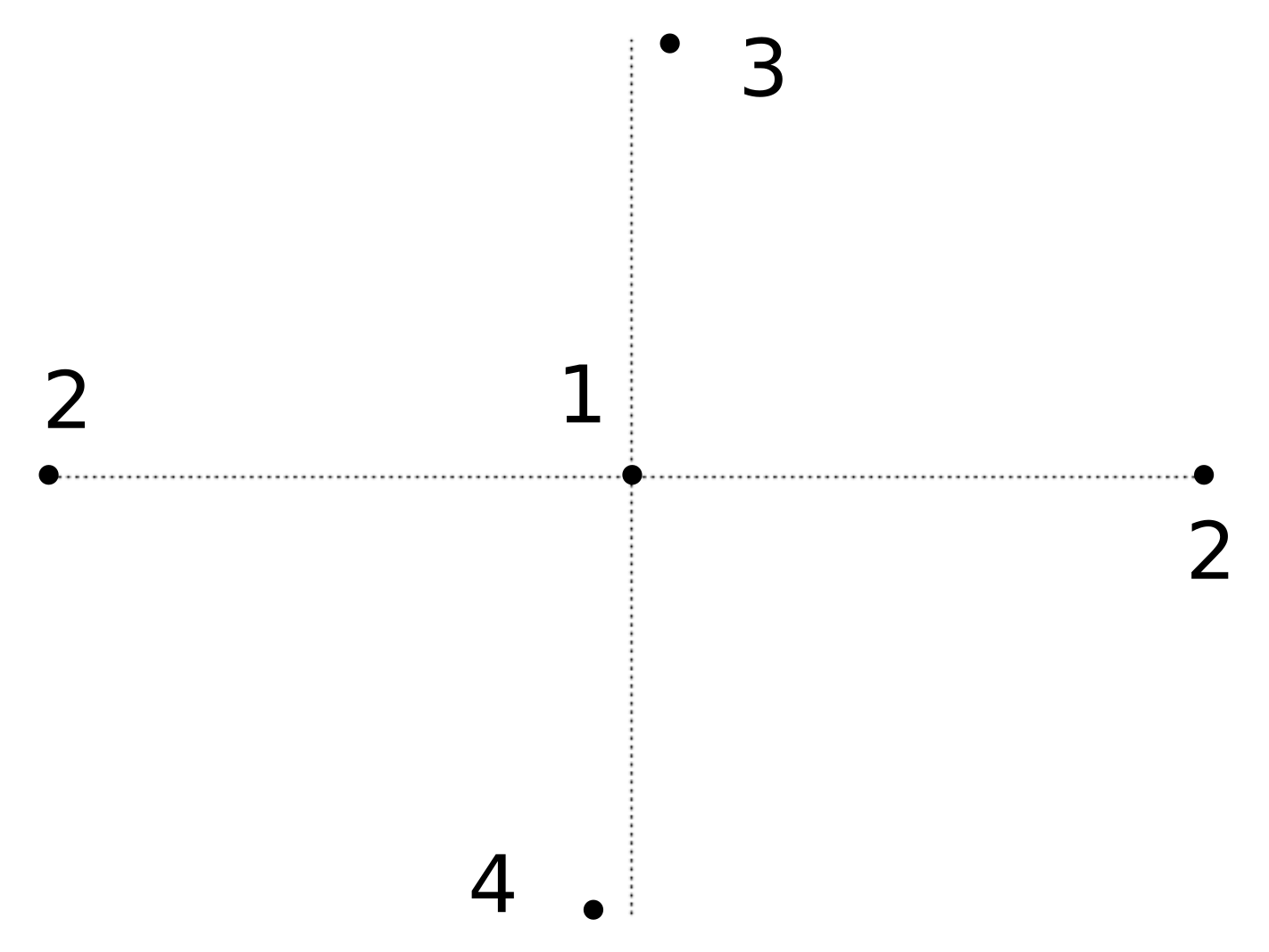 Joining the points all together gives you a curve that looks like the dispersion lineshape (but not completely the same. My guess is that it is it is also a little broader than the phase-sensitive dispersive lineshape). 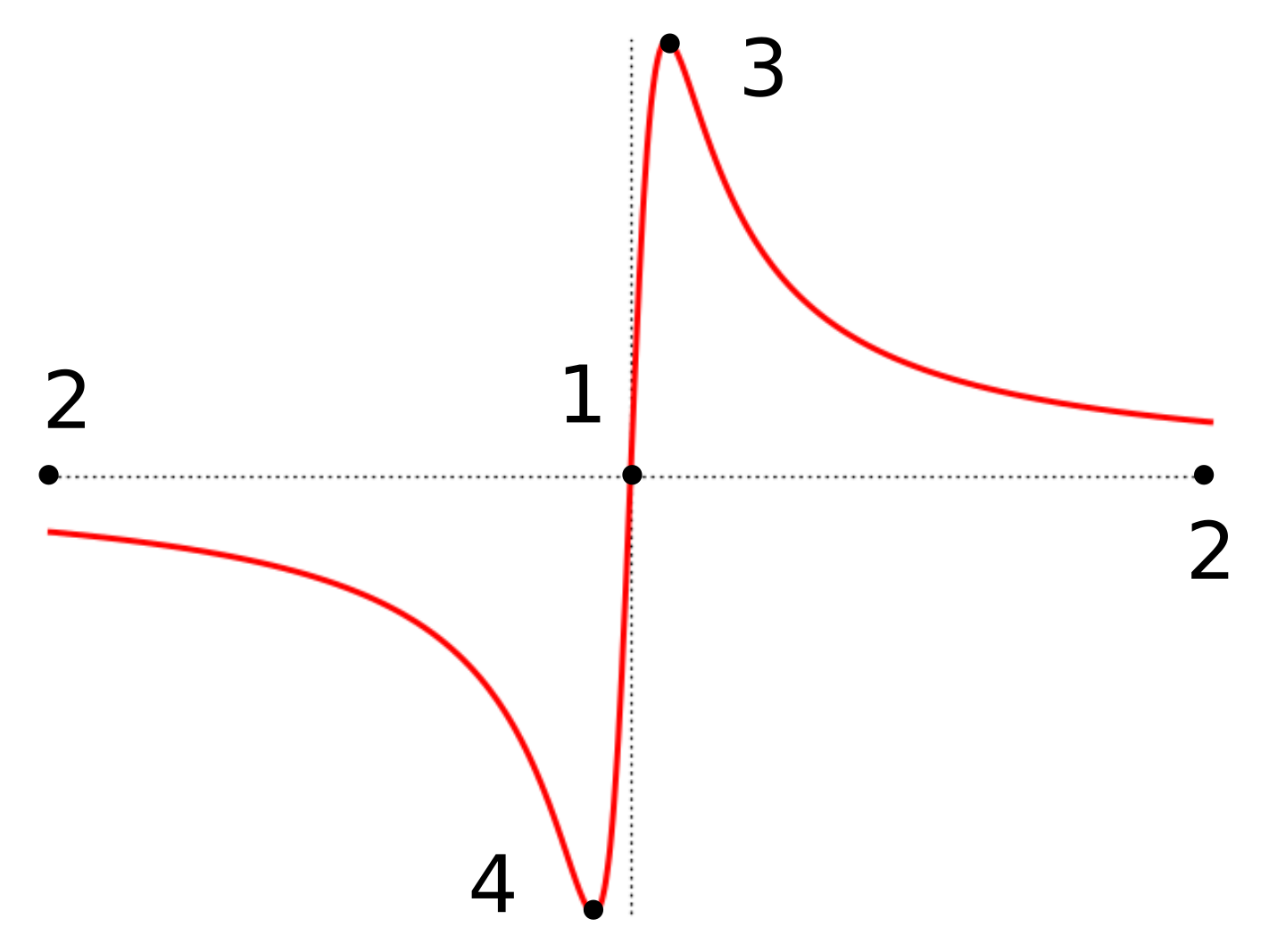 11
Why are all the phenyl protons in benzyl alcohol equivalent in the ¹H-NMR spectrum?
5
Why is the para carbon in Benzaldehyde NMR more deshielded than the ortho and meta carbons?
5
When dispensing liquid nitrogen, why does the surface get wet rather than frozen?
3
Assigning the 13C NMR spectrum of bromobenzene and 4-bromobenzophenone
5
NMR spectrum of 3-hexylthiophene: why is the methyl group not a triplet?
0
How to identify the structure of an organic acid based on its reactivity, mass and NMR spectrum?
0
Why is H in OH group is more shielded than in H in CH2 group (ethanol NMR spectroscopy)?
0
Find the structural compound from carbon and proton NMR spectrum