Mechanism in formation of acetals

someone asked a question about this mechanism and there were 2 answers as shown below. 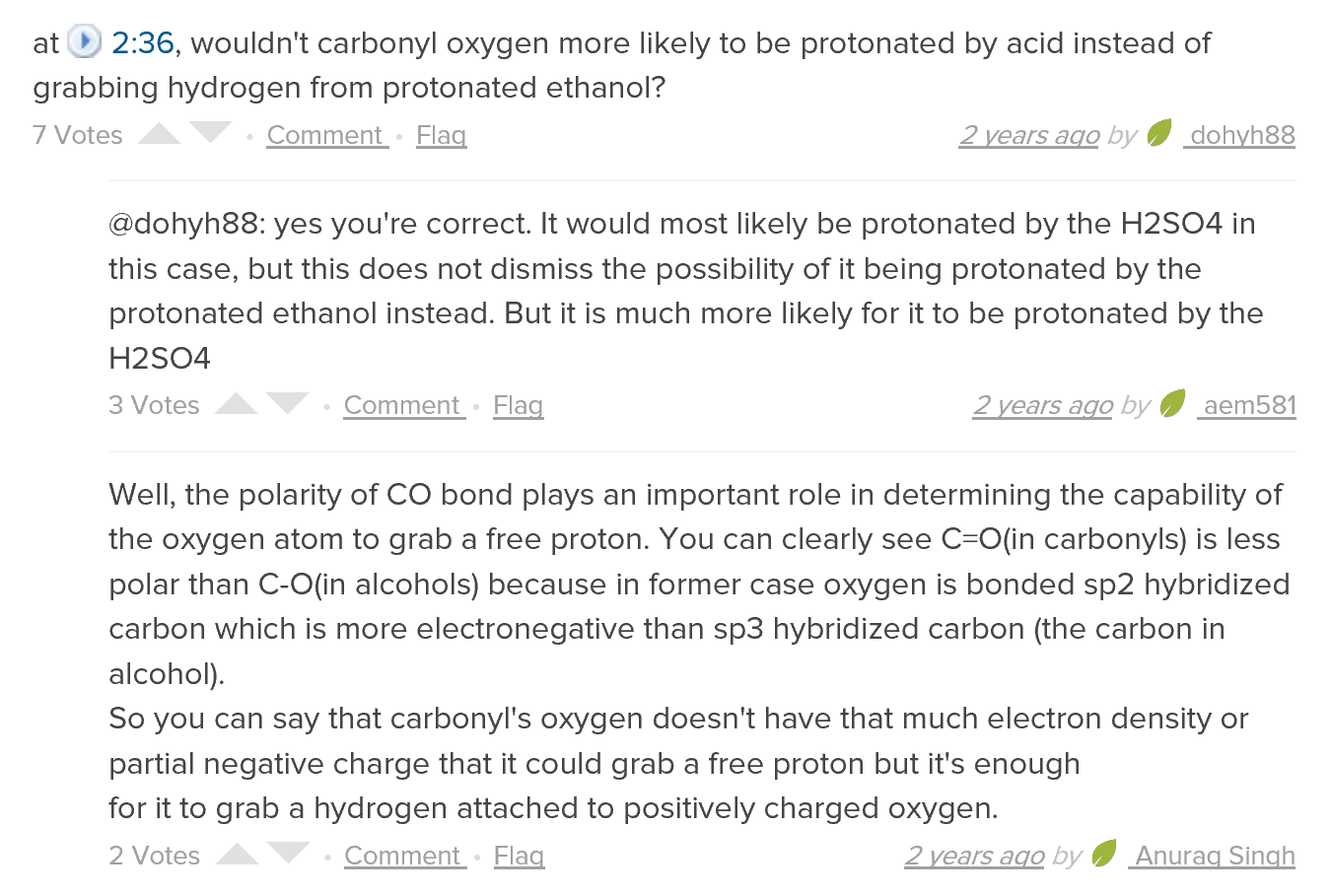 but these two answers seem contradict.
and my questions are
1. which one is right?
2. does the protonation by H2SO4 and free proton both mean the protonation by H3O+?
3. I know sp2 hybridized C is more electronegative, but at the same time it's losing e- to oxygen through pi bond. is C=O still less polarized than C-O even considering pi bond?
4. in answer #2, it's saying like free proton(H3O+?) is less acidic than hydrogen attached to positively charged oxygen(ROH2+?). how is this right?

Hope somebody can help me understand it !!

The first answer is wrong, and the second answer is somewhat true (alcohols are more polar than carbonyls, but not for this reason), but unhelpful.

You use protonated ethanol because it is the most likely acid present.

Let me provide an analogy.

Sulfuric acid is a strong acid. When sulfuric acid is dissolved in water, it ionizes (reacts with water)to an extent that only the tiniest fraction of $\ce{H2SO4}$ is left:

This reaction is done in ethanol as the solvent. The basicity of ethanol is pretty similar to water, and we have a lot of ethanol, so we can expect the sulfuric acid to ionize to a great extent. These acid-base equilibrium shenanigans reaction would occur regardless of whatever else we added to the mix.

Now, if we are doing an acid-catalyzed reaction in ethanol using a strong acid, which species should we use as the proton source when drawing a mechanism: $\ce{H2SO4}$ or $\ce{CH3CH2OH2+}$?

Not the answer you're looking for? Browse other questions tagged organic-chemistry acid-base reaction-mechanism or ask your own question.

18
Why does depurination happen at a higher pH (or under less harsh conditions) than depyrimidation?
5
Mechanism of enol ether formation
7
Why is the thione tautomeric form of 2-Mercaptopyridine favoured?
12
Are carbocations necessarily sp2 hybridized and trigonal planar?
0
Acetal Formation Mechanism