Why does the extent of racemisation in an SN1 reaction depend on the solvent used?

Secondary haloalkanes can undergo substitution by both the $S_N 1$ and $S_N 2$ routes. In general these two mechanisms compete with each other. The following diagram is a More-O'Ferrall-Jencks Plot showing the possible mechanism space for a nucleophilic substitution reaction. The reactants are in the upper left. The products are in the lower right. The horizontal axis represents the extent to which the C-LG bond has broken. The vertical axis represents the degree to which the C-Nu bond has formed. The $S_N 1$ pathway is represented by traveling along the perimeter of the plot first to the right and then down. The $S_N 2$ pathway is actually the red diagonal line represented both processes happening simultaneously. There is a third pathway (down and then right), representing nucleophilic attack and then loss of leaving groups. $S_N$ reactions at $sp^2$ centers often follow this route. 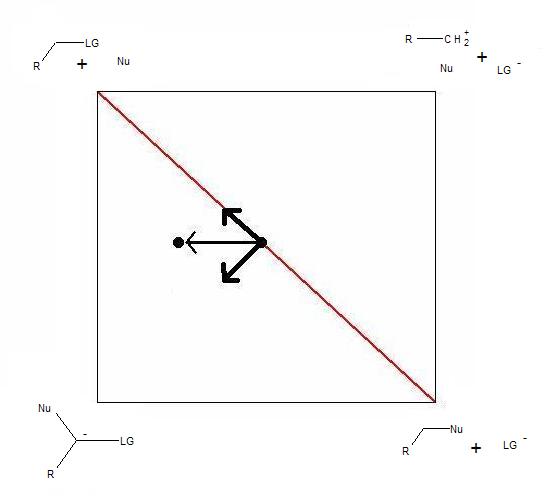 Very few reactions stick completely to one of these three extreme paths. For $sp^3$ centers, the mechanism sticks to the upper right of the diagonal depending on a variety of factors like the polarity of the solvent, the nucleophilicity of the nucleophile, the strength of the C-LG bond, steric hindrance at the subsitution center, and how stable the carbocation would be if it formed. The arrows on the plot above suggest the directions that the transition state would move if the nucleophilic attack step became more favored (stronger nucleophile, less polar solvent, less steric hindrance). The end position is not possible for this particular reaction, but such is the result of reusing and image from somewhere else.

In your case, you can tell how close the actual reaction pathway sticks to one of the idealized pathways. Or, you can think of these numbers as the relative likelihood that a substrate will undergo solvolysis by $S_N 1$ or $S_N 2$ mechanisms in that solvent.

Not the answer you're looking for? Browse other questions tagged organic-chemistry reaction-mechanism solvents chirality or ask your own question.