I can understand why in any titration, the pH changes really quickly near the equivalent point.

However, in a titration of either weak base-strong acid or weak acid-strong base, the weak acid/base first has a steep rate of change in pH in the beginning, then slows down at the midpoint, then becomes steep again closer to the equivalence point. Why is this the case? (See picture below). Also, it seems that the weaker the acid/base, the more pronounced the initial quick rate of change. Also, why is the "midpoint" (not the equivalence point) so special anyways? You can refer to this picture. The steep drop portion is from 0-10 mL. 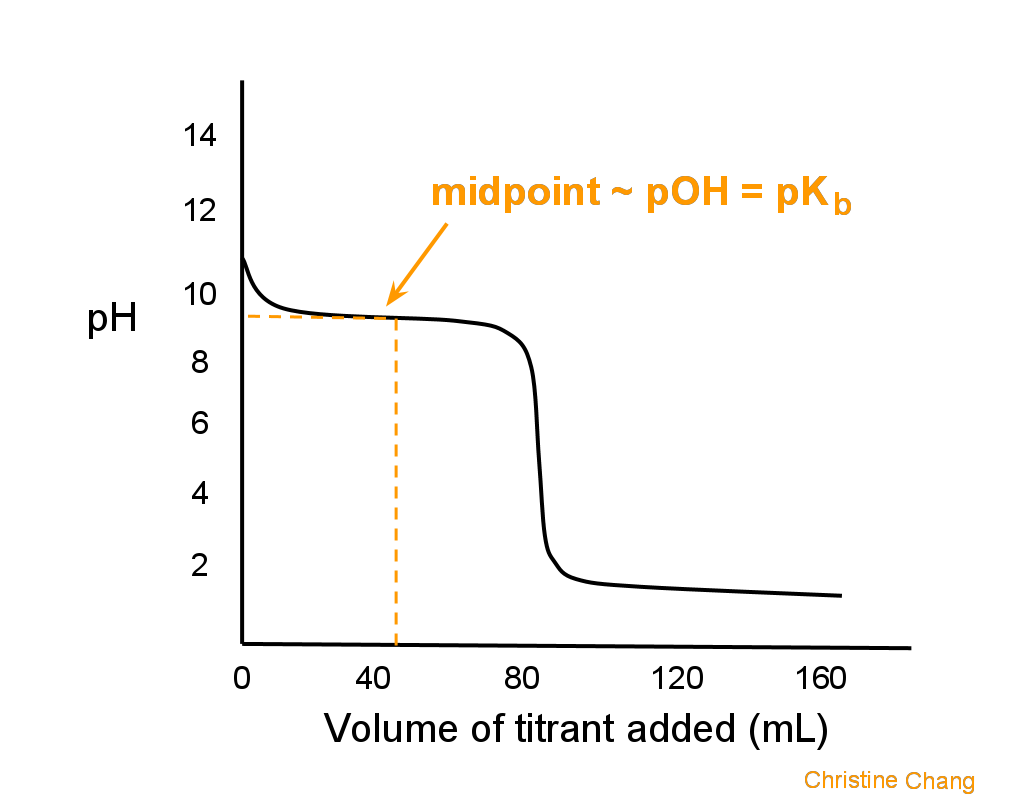 Halfway to the equivalence point, the molarities of both species are equal, which allows for the greatest possible buffering action. In the very early part of the titration, the molarity of $\ce{NH4+}$ is not great enough to allow much of a buffering effect, so the pH falls rapidly with the addition of $\ce{HCl}$. But more toward the point where [$\ce{NH3}$] becomes equal to the [$\ce{NH4+}$], the buffering action is increasingly able to "resist" changes in pH so the slope of the titration curve becomes more shallow. Past this point, the [$\ce{NH3}$] steadily diminishes to the point that buffering is no longer possible and the pH dives through the equivalence point as we expect.

Not the answer you're looking for? Browse other questions tagged acid-base titration or ask your own question.

0
Error with explaination of shape of weak acid strong base titration?