I'm confused why the absolute configuration always has to change after an $S_N2$ reaction: 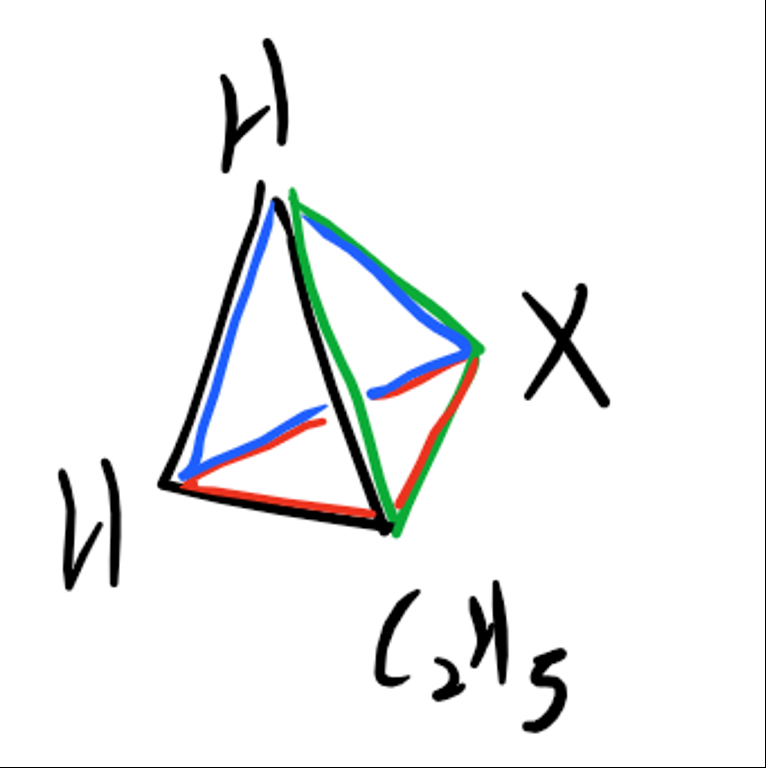 For example, in primary alkyl halide above there are 4 planes Nu can attack; and absolute configuration is changed after an $S_N2$ reaction because the nucleophile (Nu) only attacks the 'black plane'.
I can understand that the nucleophile wouldn't prefer red or green plane because of steric hindrance, but here's my question:

Why doesn't the nucleophile attack the 'blue plane'?

Upd. Thought I'd better look up a nice picture. Here's one: 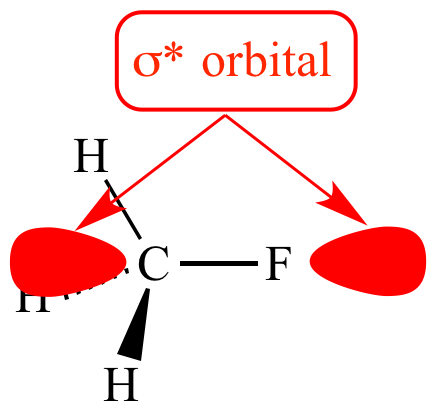 The reason behind which 'plane' the nucleophile attacks has to do with Molecular Orbital Theory.

To give you an image of where the anti-bonding orbital is located, think of the C-X $\sigma$-bond; behind that bond on the carbon side, there lies the biggest portion of $\sigma^*$ (see Ivan's image). If we consider that, this orbital intersects the 'black plane' that you were talking about.

Therefore, the nucleophile can't attack the other 'planes' besides the 'black plane' because that doesn't assure a good overlapping between orbitals.

As for the change in configuration, in primary alkyl halides (the example you gave) we don't have a change of configuration because the carbon atom that's bonded to the halogen is not chiral.

But with a chiral compound, (i.e. (R)-2-chlorobutane), we get a change in configuration because the nucleophile attacks 'from the back', reversing it (i.e. (S)-butan-2-ol.)

2
Why is the reactivity of primary alkyl halides with nucleophiles (SN2 mechanism) greater than secondary and tertiary alkyl halides?
5
SN2: Neopentyl halides and methyl halides
10
Why is the less substituted alkene favoured in Hofmann elimination?
3
Rate of SN2 reaction depending on following different conditions in case of primary halides
4
By which mechanism would azide react with alcohols or alkyl halides?
4
Why do SN1 reactions prefer tertiary carbons?
6
Do SN2 reactions always invert absolute configuration?
3
SN2 with thionyl chlorides
0
How do you determine steric hindrance?
1
Why can't the N- end of the nitrile anion attack the alkyl halide in an SN2 fashion during an alkylation reaction when OH- can?