The first product formed after reaction with $\ce{^-CH(COOEt)2}$ followed by hydrolysis is [2-(naphthalen-1-yl)ethyl]propanedioic acid: 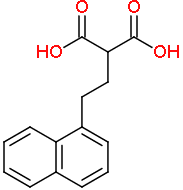 On heating, decarboxylation takes place because of an $\alpha$-carboxylic acid group.

Then $\ce{SOCl2}$ followed by $\ce{AlCl3}$ is Friedel–Crafts acylation because using $\ce{SOCl2}$ gives an acid chloride. After that, an intramolecular electrophilic substitution takes place.

But where will the electrophilic attack take place?

You have given correct suggestions for the first two part of the question. Now, the question is where would be the electrophilic attack of acid chloride taken place under Friedel-Crafts acylation conditions. As Ron correctly pointed out in his comment that there are only 2 possibilities to cyclization: That would be to the 2 or 8 positions of naphthalene nucleus, and it would certainly be the 2 position, which produces a 6-membered ring. The method is a named reaction, which is called Haworth Phenanthrene Synthesis (Ref.1 & 2). According to the abstract of Ref.2:

The Haworth synthesis is depicted in following Scheme under the same title in top box: 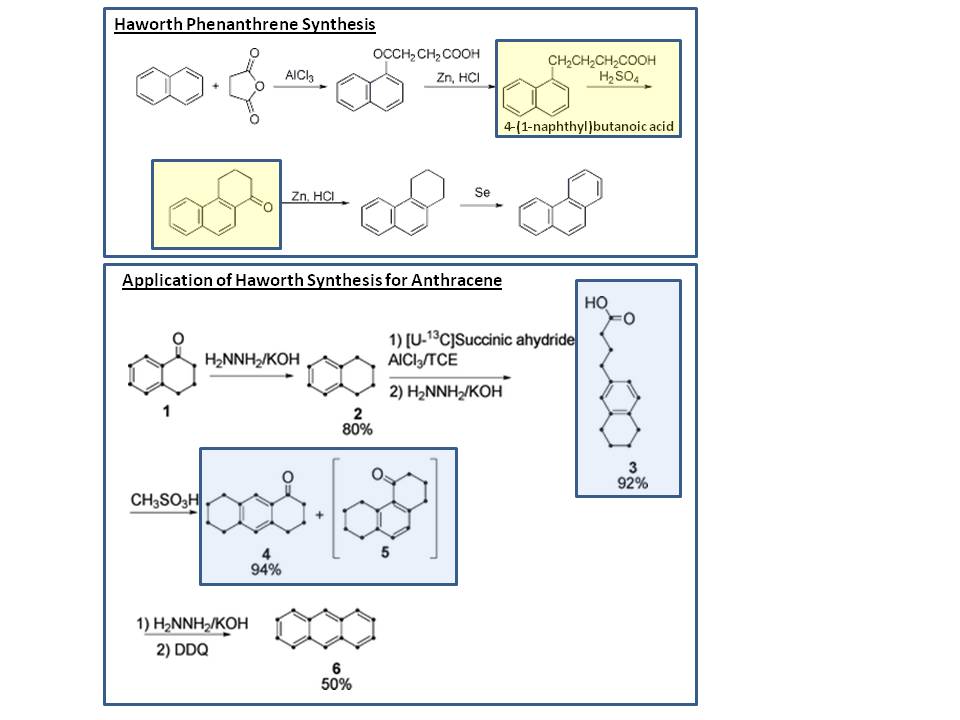 You see after the reduction by $\ce{Zn/HCl}$, you get the same compound (4-(1-naphthyl)butanoic acid) you got after acid hydrolysis and heat in your scheme, as indicated in top yellow box. In Haworth reaction, $\ce{H2SO4}$ has been used instead of $\ce{AlCl3}$ for the convenience, the reaction under goes same pathway to give tetrahydrophenanthrene keto derivative by acylating 2-position of the naphthalene nucleus (see second yellow box). There was no evidence for the formation of 7-membered ring (by undergoing cyclization through 8-position).