How much energy is stored when H+ is converted to H2?

I'm doing a write-up for this for my students: 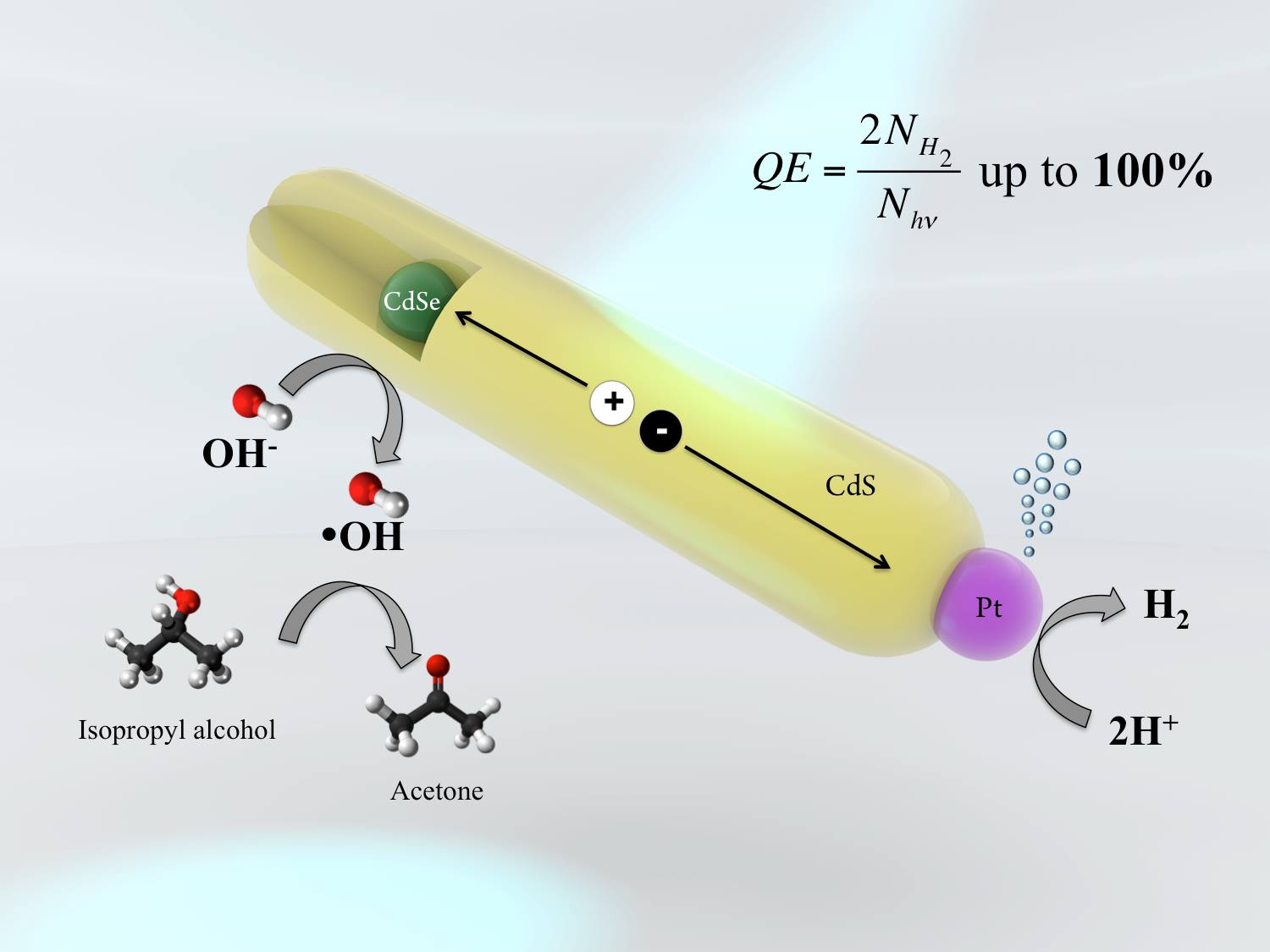 Particularly, in the diagram above you see the charge separation as the electron pair moves to the hydronium, producing hydrogen. But a charge separation (J = coulomb volt) is energy, so moving the electrons to the hydrogen has to be adding energy to them, which seems to indicate that the $\ce{H+} = 0~\mathrm{J}$ and $\ce{H2}$ also = $0~\mathrm{J}$ things is wrong. But I don't know where to go from here, does anyone feel confident helping with this?

No. Nope. Noway. Formation of proton from hydrogen molecule is extremely endotermic process. It requires to 1) dissociate H-H bond, which is, btw, 432 kJ/mol, and then ionization of hydrogen atom, which is around 1300 kJ/mol.

However. In solution hydrogen ion is bound to water molecules (or other solvent), which results in serious energy discount, around 1100 kJ/mol for the case of water.

However again :) this is of no significance here, since the dive into small details is not required here.

The gross process is $\ce{ Me2CHOH \space =\space Me2CO + H2 }$, and since entalphy of formation of hydrogen is roughly zero, only change from isopropanol to acetone is relevant. Hence, the difference is 68.8 kJ/mol.

I guess you switched a minus sign there; it's endothermic as the product acetone is less negative in energy than the reactant i-propanol. So the energy is going into the acetone rather than the proton-hydrogen conversion.

I'm quite surprised that the energy density is not equal to the combustion energy, but these values are not really important here since there is no combustion in the first place.

It depend on how deeply you want to divide the chemical reaction cycle.

The overall reaction is:

Typically the internal energy of hydrocarbon compounds is measured by burning them to carbon dioxide and water in an excess of oxygen to find the heat of combustion. Since this reaction produces hydrogen too, the energy of the reaction for one mole would be the difference between burning isopropyl alcohol minus that of burning acetone and hydrogen.

User permeakra gave the chemical reaction cycle broken a different way in terms of the heat of formation, but the net result is the same. That is the beauty of chemistry.

DavePhD is absolutely right in his answer. You can't just convert two $\ce{H^+}$ cations into $\ce{H2}$, because a $\ce{H^+}$ cation has no electrons. You have to get two electrons from some other chemical species and that will cost some chemical energy to free the electrons, not to mention the energy contained in the electron itself (which isn't chemistry but nuclear physics).

There is a change in molar entropy as well as expansion work being done by the system in the transition from $\ce{H+}$(aq) to $\ce{H2}$(g). Assuming constant temperature and pressure, there will be a change in the internal energy of the system as well.

Not the answer you're looking for? Browse other questions tagged physical-chemistry energy enthalpy hydrogen or ask your own question.