This is apparently a true statement:

"In a hydrogen atom, the 2s and 2p subshells have the same energy."

Why is this the case? Why would they be of the same energy? Wouldn't the 2p be slightly higher in energy than the 2s? 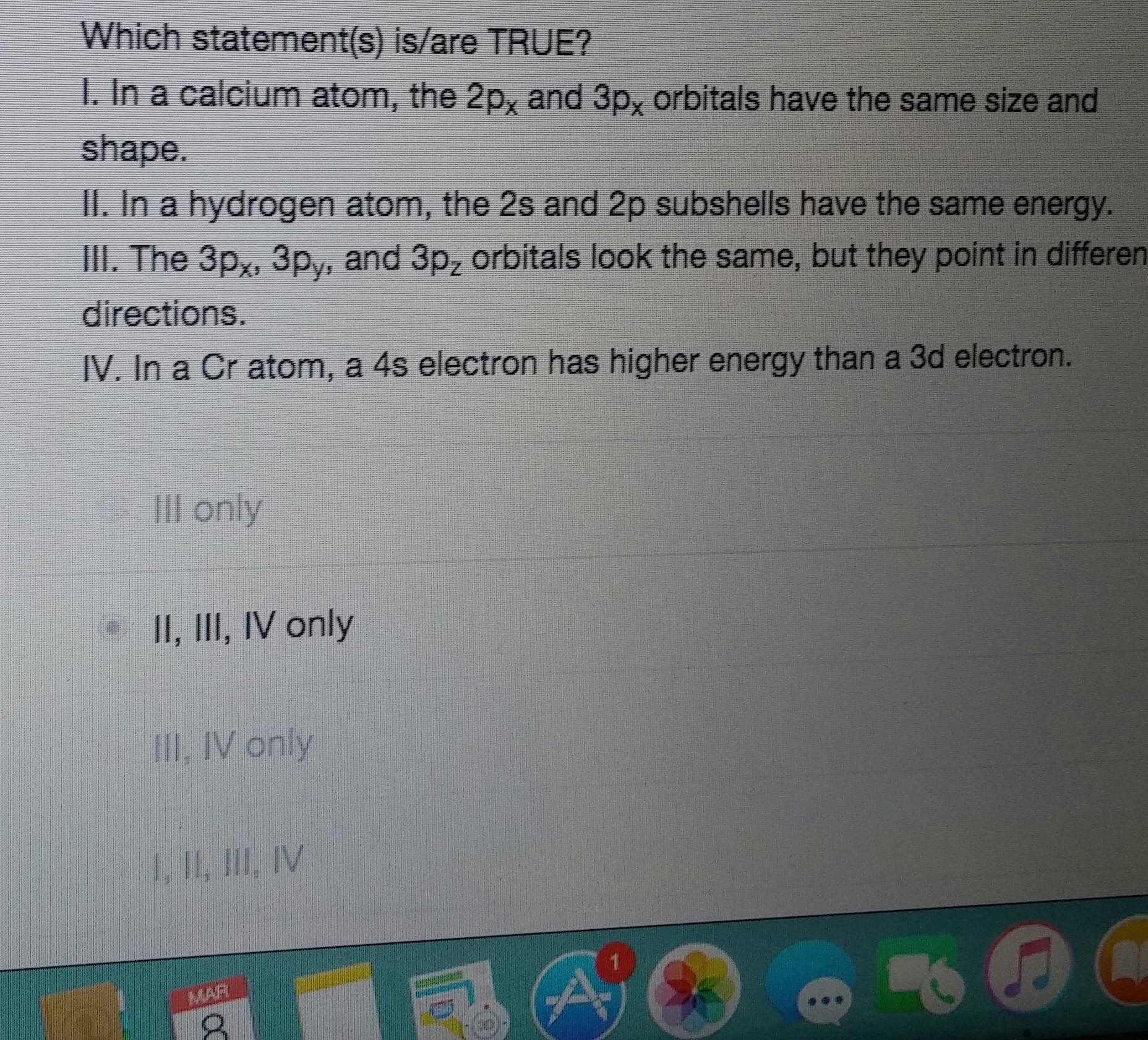 Why are all the orbitals that have the same principal number in Hydrogen degenerate?

In hydrogen, all orbitals with the same principal quantum number 'n' (1,2,3...) are degenerate, regardless of the orbital angular momentum quantum number 'l' (0,1...n-1 or s,p,d,). However, in atoms with more than one electron, orbitals with different values of l for a given value for n are not degenerate. Why is this? Surely the radial distribution functions are similar for hydrogen (in that there's still penetration of orbitals and so on). Or is it that orbitals with different values of l are degenerate for a value of n greater than would be occupied in that particular atom's ground state?

The answer is right there in your question. It's only the interaction of multiple electrons in an atom like He, Li, Be, etc. that makes the different angular momenta wave functions differ in energy. Consider this. For the one electron system, why should a p or d orbital differ in energy from an s? What makes them differ? In the multi-electron case, the p orbitals have different spatial extent, different angular components, so the electron density caused by an electron in that orbital will interact differently with the other electrons. In other words, you need to have more than one electron for the "shape" of the p and d and f orbitals to matter to the other electrons. In the H atom, there's only one electron, so there's no electron-electron repulsion to differentiate the s, p, and d orbitals.

If you go through the trouble of setting up the Hamiltonian for a single electron in the vicinity of a point-sized, positively charged particle (our approximation of the proton) — i.e. that for the hydrogen atom — and then solve the Schrödinger equation, you will realise that the energy of said electron depends only on the principal quantum number (typically labelled $n$).

This is true for all hydrogen-like atoms, i.e. also for $\ce{He+, Li^2+},\dots$ (Note, however, that the energies of a helium-cation’s orbitals are naturally different from those of a hydrogen atom’s.)

It is not until you add additional electrons to the species that their potential induces a difference between the energies of s and p subshells of a given shell.

Not the answer you're looking for? Browse other questions tagged orbitals theoretical-chemistry or ask your own question.

88
Why is the 2s orbital lower in energy than the 2p orbital when the electrons in 2s are usually farther from the nucleus?
1
Why does a neutral atom of beryllium not have any electrons in a p orbital?

3
What are similarities and differences among shells, orbitals, subshells, and energy levels?
33
When is it true that more nodes equals higher energy?
7
Why are all the orbitals that have the same principal number in Hydrogen degenerate?
1
Are electron orbitals in a helium atom degenerate?
8
Significance of phase of atomic orbitals
16
Are all degenerate d-orbitals identical?
2
Are the 2s and 2p subshells degenerate in the He+ ion?
3
The molecular orbitals of lithium hydride
2
Crystal field splitting of other orbitals