I have a homework problem where I'm to draw the structure of a compound of molecular formula $\ce{C10H12O2}$ using the following IR data and $^1$H NMR spectrum: 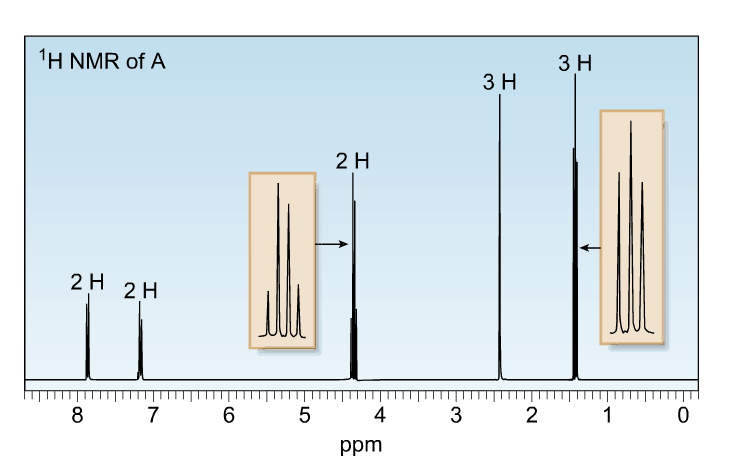 The two doublets lend to a disubstituted benzene. The IR absorption lends to a C=O.

I came up with this structure: 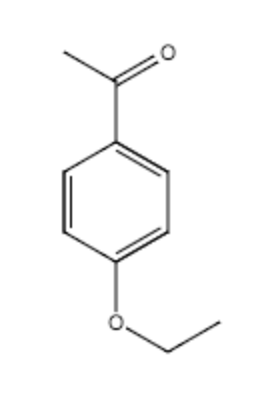 My thoughts were that the singlet owing to $\ce{CH3}$ would be shifted to the left of the other $\ce{CH3}$ due to the C=O.

However, I'm incorrect. This is the correct answer: 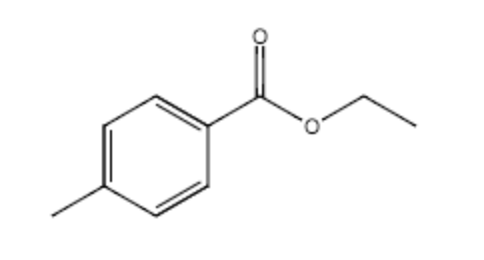 What makes this answer more correct than mine (other than the fact that it's an ester and we happen to be studying esters)? Thank you for any help you can offer.

Okay, following up on my comment, I found the spectrum for the "correct" answer:

As you can see in this IR the absorption of the carbonyl peak is shifted down to 1718 as the problem statement claims.

In this spectrum, we see that the IR absorption for an aldehyde (normally around 1715) is shifted down below 1700.

Everything else in your answer seems right though. You always need to be careful to consider conjugation when looking at the peak of a carbonyl stretch.

If you want to look around at HNMR/CNMR/IR for basically any reasonable organic molecule, you should check out the SDBS Database. I actually found this to be a useful study tool and just kind of interesting to look around in.

So with the spectrum finally in hand, we can finally resolve these two structures. This is not a trivial case, but serves to show the importance of accurately reporting chemical shifts. Initially, your reported chemical shifts supported your proposed structure 4'-ethoxyacetophenone, and I was at a real loss trying to ignore NMR data and justify IR data. However, now I am happy to do what I normally do, and ignore the IR data and explain by NMR.

The general approach to solving problems like this is to correctly do what you have done, and come up with a possible structure and then test the data against it. Whilst it is nice to find authentic spectra of the two possibilities and pick from that, that really doesn't provide a learning pathway to predict more novel unknowns.

There are three pieces of evidence that support the correct structure over your answer: two based on chemical shift, and one based on peak appearance.

Using simple additive tables (See Pretsch, or Silverstein etc), there are two standout chemical shifts. First the methylene protons. For your answer, 4'-ethoxyacetophenone, 4.0ppm is the expected shift, while for ethyl p-toluate, the correct answer, this comes in at around 4.3-4.4ppm. 0.3 ppm is a very significant difference for such small molecules.

The second big difference is in the upfield aromatic proton group. I calculate about 7.0ppm for the protons ortho to your ethoxy group in 4'-Ethoxyacetophenone and around 7.2ppm for the same group in Ethyl p-toluate.

There is very little difference in the expected shifts for the methyl protons. A close inspection of the data would likely show long range coupling between the methyl group and the upfield aromatic protons (7.2ppm) for ethyl p-toluate, although would possibly be within line width and so only appear as broadening. In the aromatics, this manifests in the upfield protons appearing lower in intensity than the signals at 8ppm. This is indeed the case, and further supports the correct answer. For your proposed answer, both sets of aromatic signals would be the same intensity. Often very subtle differences in linewidth can tell an awful lot about bonding pathways. Also, given a real spectrum, data massaging would enhance this coupling in the methyl group and make it more obvious.

Of course, you would also run a 13C{1H} and show instantly that you had an ester group and not a ketone.

I'll be honest and say I couldn't really be confident in using IR to distinguish these. Someone else may give that one a shot though.

Look at the standard reference for solvent impurity shifts. Acetone in chloroform is $\delta\ 2.17$. Toluene is $\delta\ 2.36$. I think your structure is perfectly reasonable. In practice, you would try to derivatize your compound. LAH reduction gives very different products that should be easy to identify via GC-MS.

5
Determination of structure with HNMR
1
Determining Molecule Based on Proton NMR (HNMR)
6
Diastereoisomer of quinic acid and its proton NMR?
3
Deduce the possible structure given spectroscopic data for the aromatic compound
1
Determining structure from C-NMR spectrum, is my answer correct?
1
Just looking for some help with finding relative ratios of components in a mixture using proton NMR