In the following pairs of molecules, which is more reactive towards electrophilic substitution reaction? 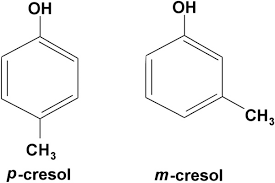 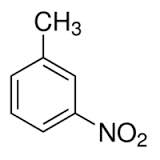 I am having a conflict of concept.

In the first pair of molecules, according to resonance the presence of one nitro will make C3 negative and C4 positive. So if another nitro comes at C4 then the positive charge at C4 will intensify as nitro draws more electron density. If the second nitro comes at C3 then the negative charge at C3 will be absorbed by nitro. So which of these will reduce the electron density on benzene more.

If my concept is wrong with respect to above context, please correct me.

All of the remaining isomer pairs have same problem, but each is a bit different. I would like an explanation for each answer and especially the 1st one in detail. And try not to provide an answer by directly copying from a source (especially large) thanks.

We can answer your question by first looking at each individual, unsubstituted position in the benzene ring and determining the relative reactivity at each of these positions. Next we can compare the molecules and see which one has the most activated positions.

I've carried out the first step of this exercise and show the results in the following figure. 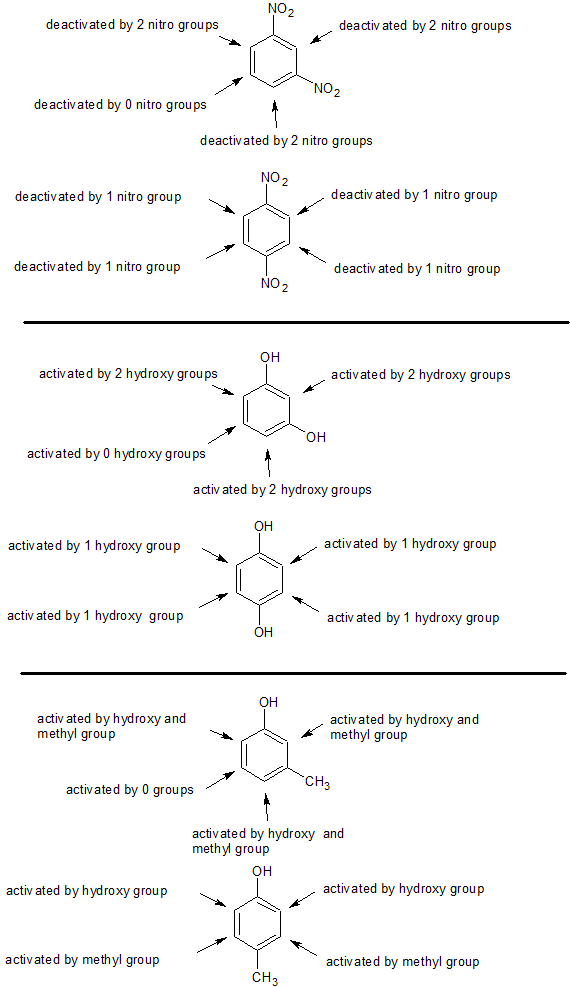 Similarly, in the cresol case both substituents are again ortho-para activating but with the hydroxyl group being more activating than the methyl substituent. In the meta isomer, 3 positions are doubly activated and one position is not activated (or deactivated). In the para isomer, each position is singly activated, and only 2 of these positions are activated by the strongly activating hydroxyl group. This would lead us to suspect that the meta isomer will react the fastest.

Usually substitutents that activate electrophilic aromatic substitution like OH and CH3 are most effective at positions ortho and para to the substituent, so they direct the reaction to that site. You should be able to see that by drawing resonance structures. Deactivating substituents like NO2 are most deactivating at those same ortho and para sites, so they tend to favor the meta position for whatever reaction does occur.

Now you should be able to tell. Look for the molecule that has as many sites as possible in favorable positions, ortho/para to the activating groups but meta to the deactivating ones. For instance, in the first case the 1,3 di-nitro compound has a site meta to both deactivating NO2 group versus the 1,4 isomer having no such site.

Not the answer you're looking for? Browse other questions tagged organic-chemistry aromatic-compounds reactivity or ask your own question.