Why does benzene have a D6h point group? 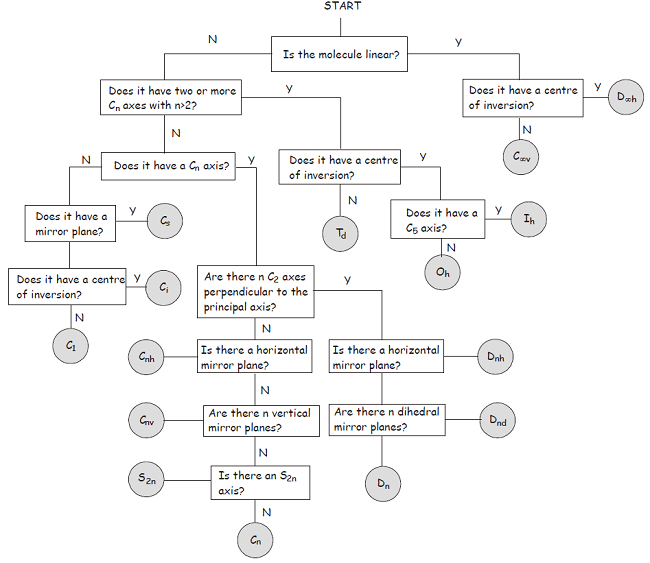 Not the answer you're looking for? Browse other questions tagged inorganic-chemistry symmetry or ask your own question.

7
Does an axis of symmetry determine chiralty?
4
For two compounds that are symmetrical, why does the more compact one have a higher melting point?
13
Relationship between the symmetry number of a molecule as used in rotational spectroscopy and point group
1
Point group from mono to bulk MoS2
2
Why does dipole must lie parallel to a rotation symmetry axis?
4
Does 1,3-dichloroallene possess a C2 symmetry axis?
3
Why should the scalar product of the components along two axes remain unchanged after transformation?
1
Example of an achiral molecule without a plane of symmetry or inversion center?